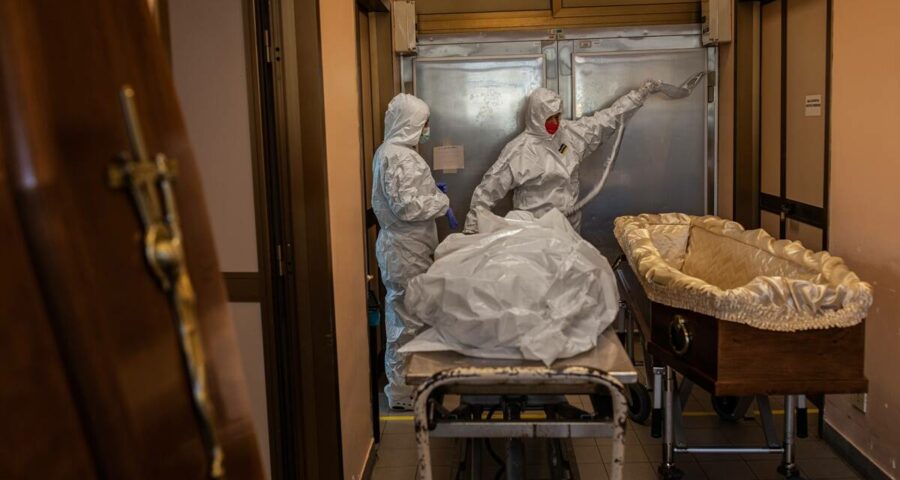 Germany and the EU are taking on record levels of new debt to help stave off the economic impact of the COVID-19 pandemic. But despite the risk, the current situation can't be compared with the last EU financial crisis. 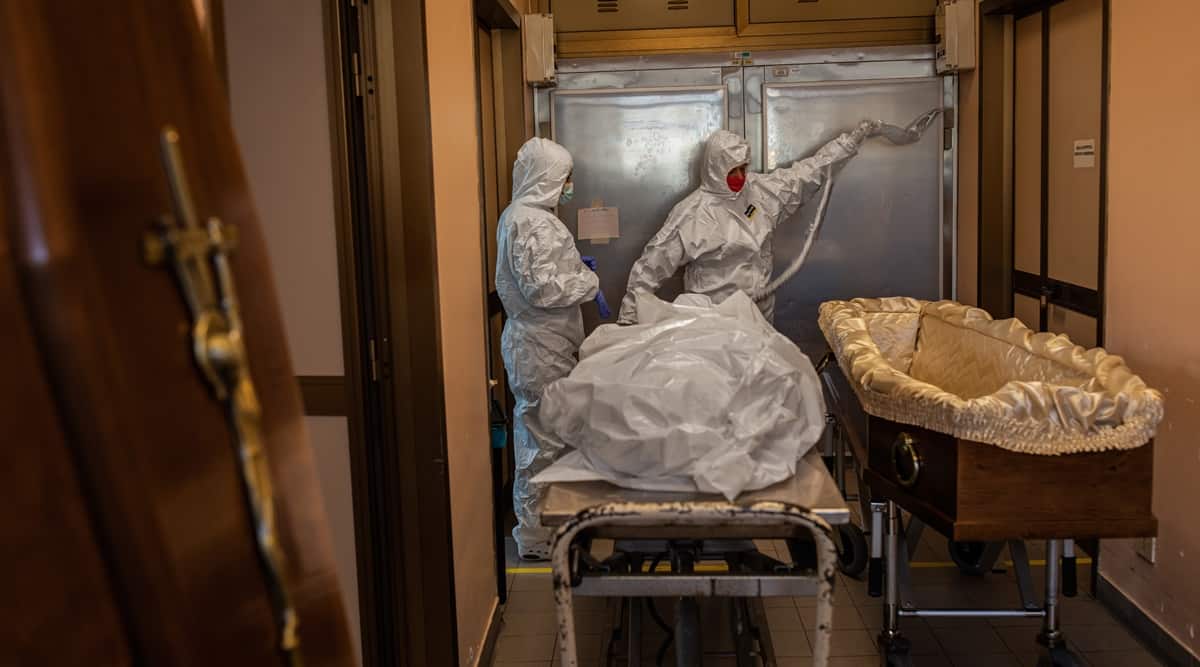 Germany’s Bundestag, the lower house of parliament, has presented a supplementary budget for 2021 which will push new borrowing this year to a record high of €240 billion ($287 billion). This “bold step,” said Finance Minister Olaf Scholz, is intended to cushion the economic impact of the coronavirus pandemic.

The budget supplement would take Germany’s overall debt to €2.2 trillion, also an all-time high. The federal debt ratio, that is, the amount of debt in relation to economic output, is set to hit around 80% this year.

But Germany is by no means alone — pandemic debts are piling up in all the European Union member states. According to Eurostat, the EU’s statistics agency, the debt ratio of countries in the eurozone will average almost 100% in 2021. And that growth has shown no sign of slowing.

But what about the eurozone’s Stability and Growth Pact, which requires EU members to limit their public debt to a maximum of 60%, with a budget deficit ceiling of 3%? According to EU Economy Commissioner Paolo Gentiloni, the bloc has suspended the agreement because of the severe recession, at least until the end of the year. And, he said, it’s likely to remain that way in 2022 as well, meaning the crisis will continue to be fought with massive debts. But how long can this go on?

As long as necessary — at least according to Guntram Wolff, head of the Bruegel economic research institute in Brussels. “As I see the situation, the rules will still be suspended next year. That also makes sense while we are still in an exceptional economic situation,” Wolff told DW.

Unlike the EU’s last financial crisis, a decade ago, Wolff said debt is less of a problem this time. Interest rates on government bonds, as compared to the situation back then, are very low, meaning the cost of debt to government coffers is low. And Wolff doesn’t see any danger of interest rates rising, as long as financial institutions like the European Central Bank stick to their policy of printing money and flooding the market with it.

With growth, debt ‘takes care of itself’

Wolff also doesn’t see a problem for the stability of the euro, at least for now. “We currently have a much more robust monetary union. We have a stability mechanism in the eurozone, we have the new EU recovery fund, and we also have a monetary policy in place that has learned the lesson of the past,” he said.

But the question remains: how will member states pay back the debt in the end? The answer is simple, said Wolff.

“The decisive factor with high debt is always the growth rate,” he said. “If you achieve higher growth, the debt problem actually takes care of itself. After all, austerity policies provide only very limited help with high debt.” Saving, therefore, does little good — the idea is to deal with the debt with growth.

Markus Ferber, an EU lawmaker and financial expert with Germany’s conservative Christian Social Union party, agrees with the recipe for reducing debt after the pandemic. “At the moment, we are not yet worried about the stability of the euro. After all, the policies in many economic areas are similar, and to that extent there are no distortions there,” he said.

Ferber, who was also involved in tackling the 2008-2012 financial crisis, told DW that Europe will have to return to the path of stability at some point. He believes the Stability and Growth Pact should be back in play as early as next year — otherwise, he said, there is a danger that some member states will want to make the exceptional situation permanent, in order to comfortably finance their budgets without major reform efforts. “That really worries me,” he said.

The EU’s €750-billion COVID pandemic recovery fund, which allows joint borrowing of funds to be distributed in the form of grants and loans to struggling member countries, must likewise remain a one-off, said Ferber. “Those who think they can restructure their national budget by shifting the mountains of debt to Europe will fail,” he said. “These will eventually have to be paid off by the member states.”

But who will pay in the end?

According to Bruegel expert Wolff, the debts collectively incurred by the EU this year for the first time will ultimately have to be paid back by its citizens, both now and in the future.

Meanwhile, debts continue to balloon across the bloc. Greece is heading for a debt ratio of 200%, while in Italy it’s close to 180%. If this had happened before the COVID crisis, alarm bells would be ringing. But this time, experts like Wolff and Ferber aren’t too worried about Greece, the perpetual headache of the last crisis. Both believe the country has sufficiently restructured its economy over the last decade.

“Of the 27 EU countries, Greece is the only one that has tied its post-COVID recovery plan to reforms,” said Ferber. “My biggest concern, to put it bluntly, is Italy.” He said that if interest rates rise or there is a wave of bankruptcies, the Italian state and banks could quickly find themselves in trouble again.

Mario Draghi, Italy’s new prime minister and former head of the European Central Bank, is backing a clear growth policy. That could work, said Wolff. “If Italy has just a little more growth, then a financial crisis is very, very unlikely,” he said. Financial market speculation could be avoided with the current extremely low cost of financing debt, he said.

And if not? That is very unlikely, said the experts. All the world’s major countries, especially the United States, are currently running up huge debts. The US debt ratio will probably skyrocket to 133% this year. But central banks are providing cheap money, and interest rates — and inflation — are low.

European Central Bank President Christine Lagarde, along with her financial colleagues around the world, has encouraged governments to stay the course for now. “Ending the measures too soon would be wrong and would amount to jumping off a cliff,” she has repeatedly told EU finance ministers. Essentially, keep on borrowing for now. Once the pandemic is over, we’ll see what happens next.

This article has been translated from German.