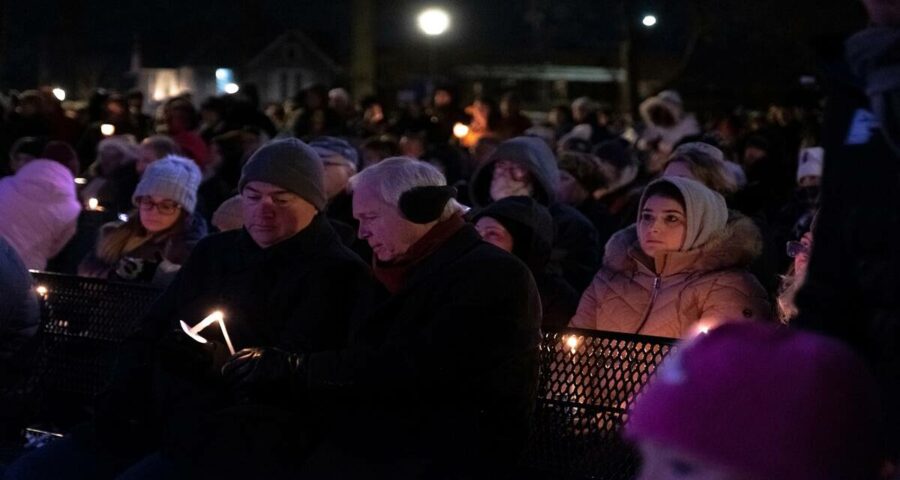 Videos of the parade street showed nine members of the troupe, in their signature blue winter jackets with white fur hats and white pompoms, dancing by to “Jingle Bell Rock.” They were grandmothers and grandchildren, high school band members and husbands, strutting down Main Street in a celebration that had kicked off the local holiday season for more than a half-century.

After a year of trauma and strife, the members of the Christmas parade in Waukesha, Wisconsin, seemed to be marching for normalcy itself Sunday when a maroon SUV roared down upon them, turning the crowd’s cheers into horrified screams.

At least five people were confirmed dead Monday, with at least 48 people injured, as authorities investigated the tragedy that erupted after they said a man fleeing from a knife fight rammed into the parade route. At least 18 of those hospitalized were children, including 10 in intensive care.

Three of those killed were members of the Milwaukee Dancing Grannies, a group of women whose pompom routines have been a staple of local holiday parades since the 1980s: their choreographer, Virginia Sorenson, 79; LeAnna Owen, 71, a dancer; and Tamara Durand, 52, a new member performing for the first time. A fourth was a dancer’s husband, Wilhelm Hospel, 81, and the fifth, Jane Kulich, 52, a Citizens Bank teller, had been marching just behind the group with her company float.

“She was vibrant, energetic,” David Durand, 52, said of his wife, Tamara, the group’s youngest member.

“She was that kind of person that captured your attention as soon as she walked into the room,” he said. “She literally danced her way through the day.”

“Those who died were extremely passionate Grannies,” the statement said. “Our group was doing what they loved, performing in front of crowds in a parade putting smiles on faces of all ages, filling them with joy and happiness.” 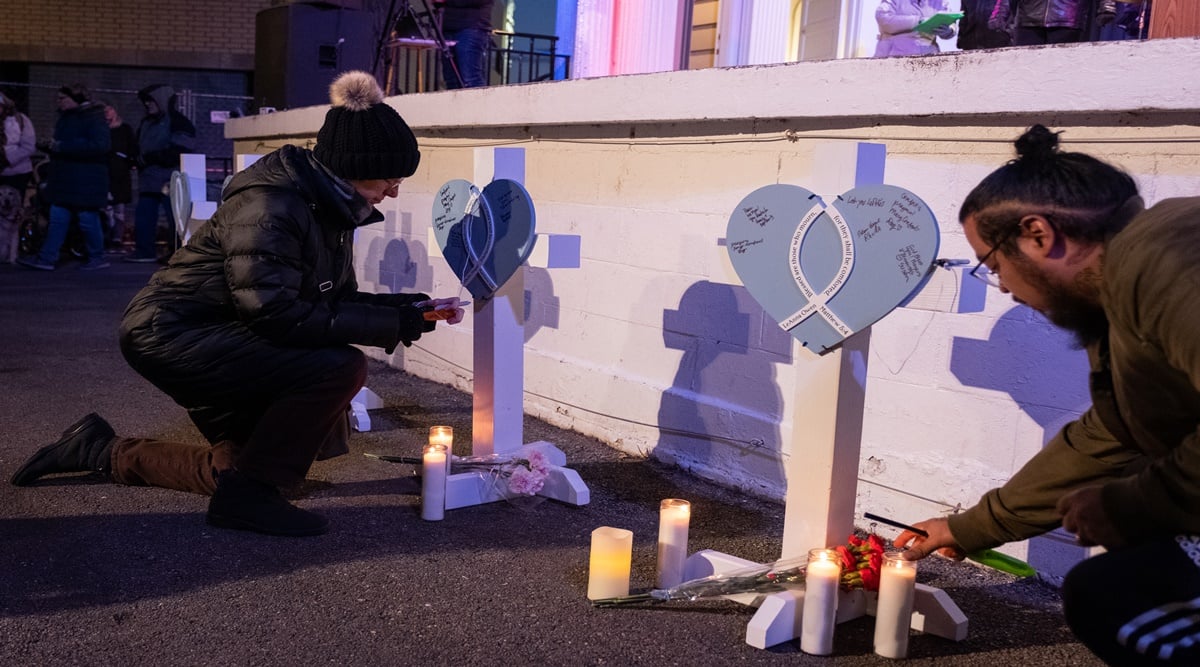 Videos of the parade street showed nine members of the troupe, in their signature blue winter jackets with white fur hats and white pompoms, dancing by to “Jingle Bell Rock.”

Greg Bentz, 52, a childhood friend of Kulich, said the bank employee had been handing out candy along the parade route when the SUV struck her. “She had a ton of friends,” he said, describing Kulich as “chippy, cheery and outgoing.”

“She was an angel,” said her niece, Desiree Kulich, 42. “She was always giving back to the community. She was a churchgoing — just a really good — person.” Kulich’s death had devastated her husband and three children, the niece added.

At a news conference Monday, the chief medical officer of the Children’s Hospital of Wisconsin, Dr. Michael Gutzeit, said 18 children had been brought to the hospital after the parade, all between the ages of 3 and 16. The medical director of the hospital’s intensive care unit, Dr. Michael Meyer, said 10 of them were in the ICU and six were in critical condition.

“The injuries from Sunday night will go well beyond the physical and will take time to heal,” Gutzeit said. Another hospital, Aurora Medical Center-Summit, said in a statement that it was treating 13 patients, including three in critical condition. Officials at Froedtert Hospital said it had received seven patients.

The School District of Waukesha canceled classes for several days because of the tragedy. Officials with the Xtreme Dance team, another group that marched, asked for thoughts, prayers and “privacy to process the tragic events.” GoFundMe accounts posted on behalf of families of the dance troupe’s members said that at least one child, the daughter of a single mother with five children, had lost a kidney and suffered a broken pelvis and lacerated liver. A photo that organizers said had been taken shortly before the crash showed the girls performing in black outfits with silver and white knit caps and white pompoms.

The Roman Catholic Archdiocese of Milwaukee said a priest was among the injured, along with parishioners and students at a local Catholic school.

As a frigid dusk fell Monday, hundreds gathered at a nearby park to mourn the victims. “Tonight is the first night to healing our community, and we take a small step to lift up those in need,” Mayor Shawn Reilly told the gathering. “Tonight I ask for your prayers.”

The tragedy upended what participants and onlookers described as a joyous night in Waukesha, a bedroom community about 20 miles west of Milwaukee. Last year’s parade had been canceled because of the coronavirus pandemic, and this year’s had come on the heels of the acquittal of Kyle Rittenhouse an hour away in Kenosha, in a politically charged case that had left Wisconsin and the nation divided and raw. More than 60 entries, from the Fire Department to the Waukesha Old Car Club to Santa Claus, were scheduled to march through downtown. Witnesses described chaos in the moments after a driver plowed through the barricades and into the parade; authorities later arrested a suspect they identified as Darrell E. Brooks, 39. Mikey Randa, 14, said he was marching with his high school football team when he saw a young girl hit by the car.

“The car just flew past us; there was a lot of panic,” he said, adding that he initially did not grasp what had happened. Mikey said he then saw five or six bodies lying on the ground.

Jason Kellner, 49, said he had just watched his son, a drum player in the Waukesha South High School marching band, pass by when he saw the SUV heading toward the crowd. After passing through an intersection, Kellner said, the car “started mowing people down.”

He said that as he ran to find his son, he saw several apparent victims on the ground and a bloody saxophone. But he found his son unharmed by the side of the road.

“I’ve never felt a worse feeling,” Kellner said, “wondering what I’m going to find when I get to my kid.”