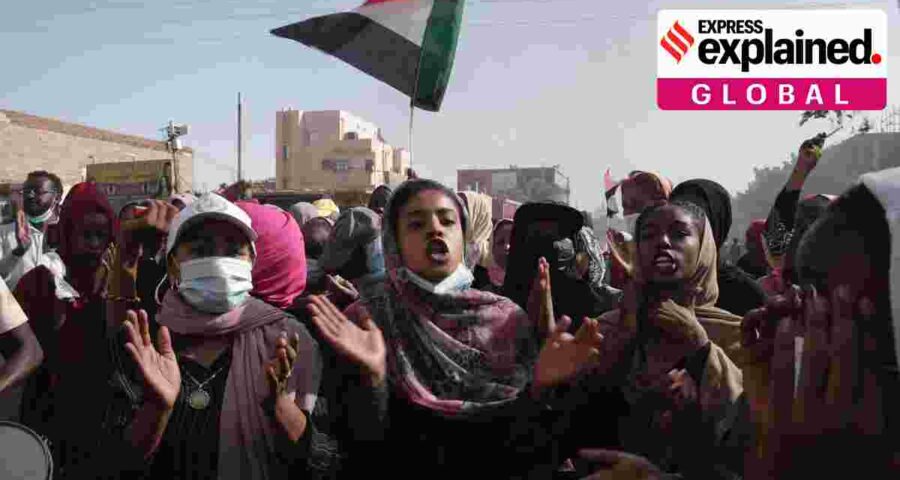 Sudan's military has reinstated Prime Minister Abdalla Hamdok, a move that has angered the country's pro-democracy movement. Does the reinstatement of Sudan's prime minister reverse the coup? Is there any hope for Sudan's democratic transition? 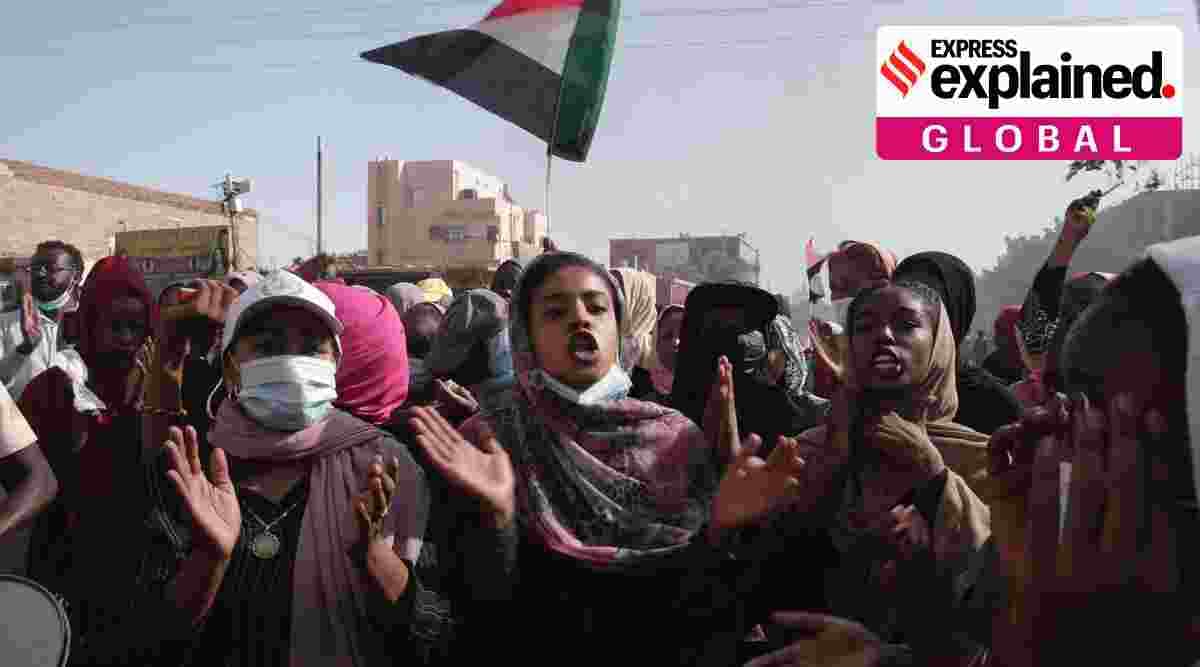 The reinstatement of Sudan’s prime minister after weeks under house arrest was the biggest concession made by the military since its October 25 coup, but it leaves the country’s transition to democracy mired in crisis.

The military reached a deal with Abdalla Hamdok on Sunday that would reinstate him as the head of a new technocratic Cabinet ahead of eventual elections. But the agreement has angered Sudan’s pro-democracy movement, which accuses Hamdok of allowing himself to serve as a fig leaf for continued military rule.

Most of the international community has condemned the coup and called for a return to at least partial civilian rule. The United States suspended aid to the cash-strapped country as it slowly emerges from decades of isolation under President Omar al-Bashir, who was overthrown amid mass protests in 2019.

The Forces for the Declaration of Freedom and Change, an umbrella group of Sudanese political parties and pro-democracy organizations, has rejected the deal and says it remains committed to ending military rule. 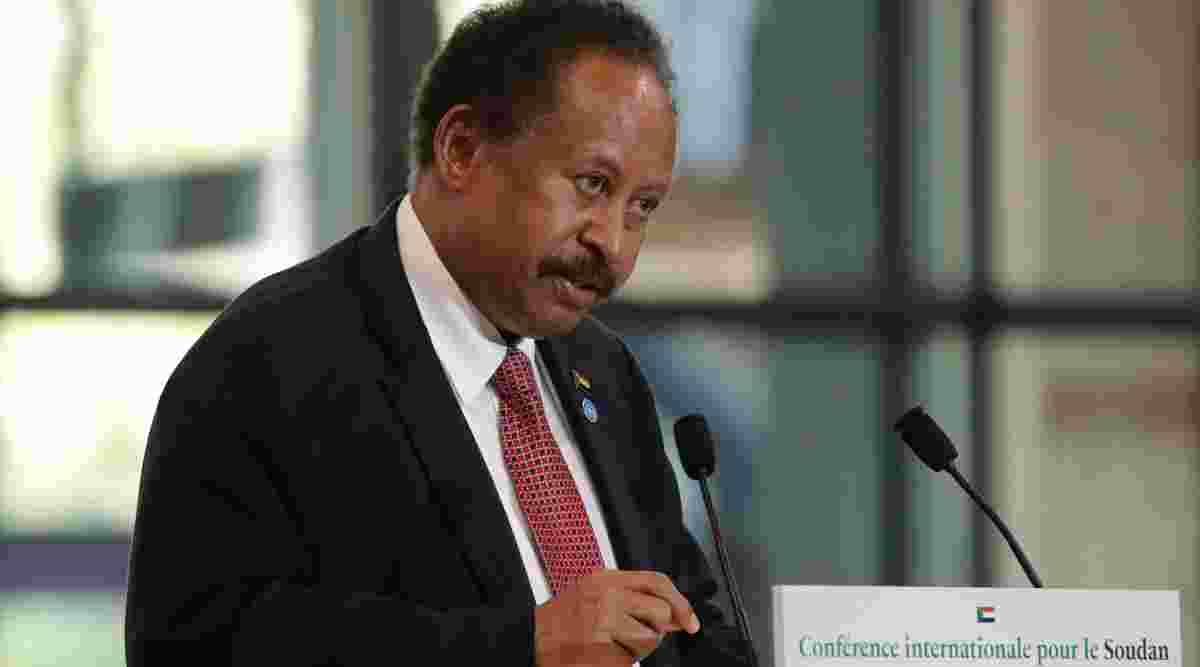 But the military is wary of handing power to civilians, which could leave top brass vulnerable to prosecution for human rights violations going back decades, or loosen the generals’ grip on lucrative sectors of the economy.

Here’s a look at what happened and what comes next:

Why did Sudan’s military reinstate the prime minister?

The military needed to do something.

Gen. Abdel-Fattah Burhan has come under mounting pressure since seizing full power on Oct. 25. Western, Arab and African nations have called for a return to civilian rule, and the US suspended $700 million in aid as it strongly condemned the coup.

Protesters have flooded the streets in the biggest demonstrations since those that ended al-Bashir’s three-decade reign in 2019, and security forces have killed more than 40 demonstrators since the coup.

The generals have portrayed the reinstatement of Hamdok as a step toward stabilizing the country ahead of elections planned for July 2023, and the international community has cautiously welcomed the agreement. Sudan’s pro-democracy movement has angrily rejected the deal as legitimizing the coup and has vowed to keep mounting mass protests.

Does the reinstatement of Sudan’s prime minister reverse the coup?

The military retains overall control, and by prescribing a technocratic Cabinet, the agreement further sidelines Sudan’s political parties and the pro-democracy protest movement.

“I don’t believe it’s possible for Hamdok’s government to function at all, because it doesn’t have recognition on the streets,” said Jihad Mashamoun, a Sudanese researcher and political analyst.

The Sudanese Professionals’ Association, which led the protests against el-Bashir, condemned the latest agreement as an attempt to legitimize the coup. The local Resistance Committees, which have also played a key role in recent protests, are demanding that the military leave politics altogether.

The military says there will be no return to the power-sharing government that existed before Oct. 25, which was riven with internal rivalries. The coup came weeks before the military was supposed to hand over power to a civilian.

Nafisa Hajar, a human rights lawyer and deputy head of the Sudanese Darfur Bar Association, says that as much as the installation of Hamdok under military oversight goes contrary to the demands of the protest movement, she believes that the generals’ use of force against demonstrators left the deposed premier little choice.

“This deal has now become the status quo,” she said.

What does the Sudanese military want?

At the very least, it wants to protect itself.

An elected government would likely seek to prosecute generals for human rights violations, including those committed during al-Bashir’s scorched-earth campaigns against rebels in Darfur — for which the international criminal court charged him with genocide. They could also face charges over the killing of protesters in recent years.

The military also fears losing its hold on mining and other key economic sectors.

“Hamdok is in danger of being the man at the till in the grocery store selling soap, matches and snacks, while the drug dealers in the back room do the real deals,” said Alex de Waal, an expert on Sudan at Tufts University. “The coup was staged to protect the kleptocrats from the cleanup, and the army clearly intends the new formula to be a return to the money-laundering operation with a more respectable face.”

Where does the international community stand of Sudan?

The coup was widely criticized internationally, but the generals have influential friends.

The United Arab Emirates, Saudi Arabia and Egypt have cultivated close ties with Burhan since the uprising against al-Bashir and likely see the generals as the best hope of maintaining a stable, friendly government in Khartoum.

The wealthy Gulf states view them as a bulwark against the influence of rivals like Turkey and Qatar. Egypt is hoping for Sudan’s support in its long-running dispute with Ethiopia over the construction of a massive upstream dam on the Nile.

Israel is also seen as a potential ally of the generals, who were the guiding force behind Sudan normalizing relations with it last year in exchange for removal from the US list of state sponsors of terrorism. Hamdok had expressed concerns ahead of the normalization agreement, part of the so-called “Abraham Accords,” saying a foreign policy shift of that magnitude should only be signed by an elected government.

Israel’s Walla news website reported that an Israeli delegation met with Sudan’s generals days after the coup. The Israeli government has not commented on the coup or its aftermath.

“The US and its allies wanted a partnership, but the people don’t want a partnership at all, they want full civilian rule,” Mashamoun said. “The international community needs to listen to the people’s demands.”

Is there any hope for Sudan’s democratic transition?

There appear to be two paths to democracy, both of them fraught.

Hamdok can work with the generals to pave the way for elections, potentially leveraging his position and international support to get the political transition back on track. But that likely means a return to the tug-of-war of the last two years, which embittered both sides.

The pro-democracy movement has vowed to keep up the street protests until the military hands over power to civilians. But the generals have a lot to lose, and a prolonged standoff could ignite wider unrest.

“The result might be democracy, but more likely it would be state fragmentation. So a compromise is needed,” de Waal said. The compromise restoring Hamdok “isn’t a very good one, but there may be chances to improve upon it.”

Hajar, the lawyer, also envisages two scenarios. In one, if the generals remain true to their promises, it could eventually lead the country towards an elected government. The other leads to more unrest.

“If the main idea of the agreement between Hamdok and Burhan is making the military look more presentable in front of the international community, then the streets will not be quiet and there will be more protests,” she said.