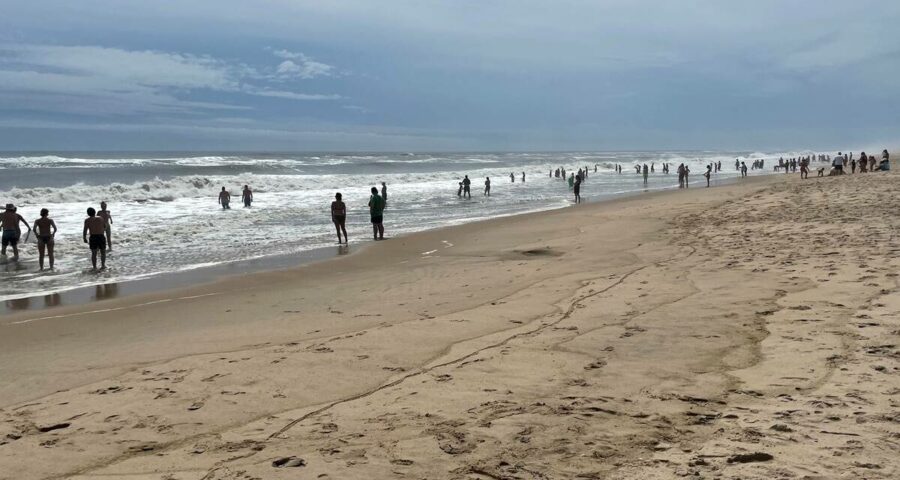 Intense winds and potentially dangerous tidal surges were expected as far east as Cape Cod and as far west as the New Jersey shore, and utilities warned ensuing power outages could last a week or even more. 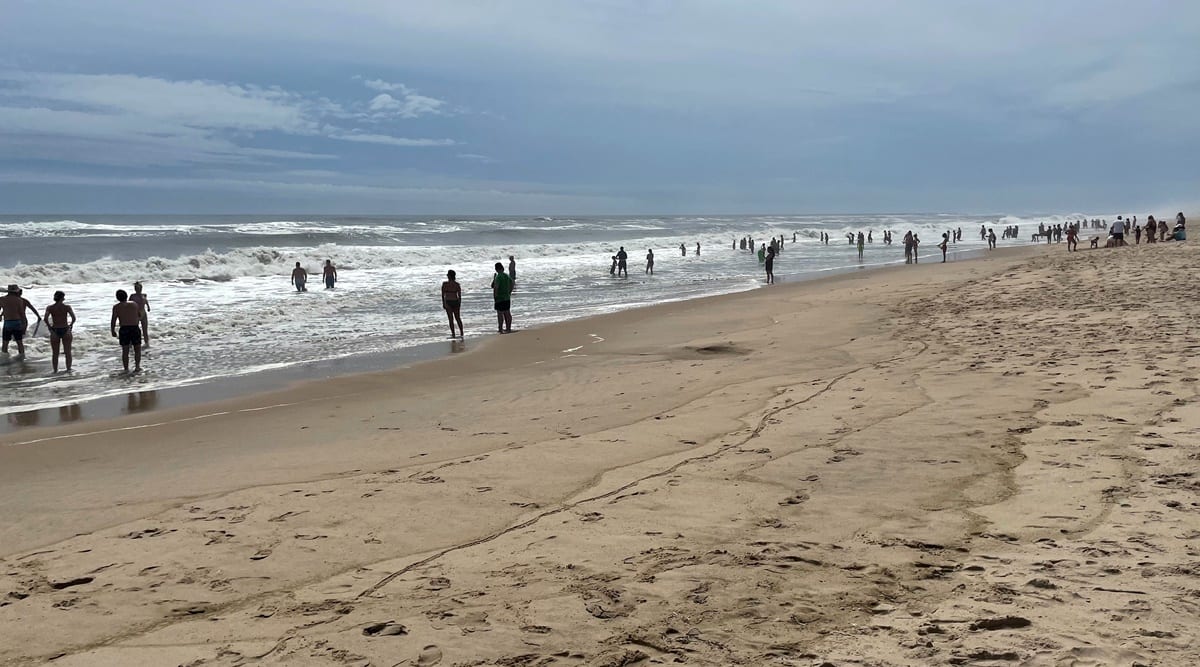 People evacuated popular beach communities and made last-minute runs on batteries and gasoline as Hurricane Henri churned closer to Long Island and southern New England, while officials pleaded with the millions of people in the storm’s path to brace themselves for torrential rain and storm surges.

Hurricane Henri was on course to collide Sunday in the late morning or afternoon with a long stretch of coastline, as hurricane warnings extended from near the old whaling port of New Bedford, Massachusetts, across the luxurious oceanfront estates of New York’s Hamptons, to the summer getaway of Fire Island.

Intense winds and potentially dangerous tidal surges were expected as far east as Cape Cod and as far west as the New Jersey shore, and utilities warned ensuing power outages could last a week or even more. Governors urged people to stay home during the brunt of the storm.

Henri was veering a bit further west than originally expected, placing eastern Long Island in its bull’s-eye rather than New England. That gave people directly in the storm’s path less time to prepare.

A mandatory evacuation order was issued for some residents closest to the water in Madison, Connecticut. First Selectwoman Peggy Lyons wrote in a public notice, that any “residents who do not leave the evacuation zone by 9 p.m. tonight are putting their lives at risk and public safety crews will not be able to respond to you once winds exceed 50 mph.”

Residents and visitors on Fire Island, a narrow strip of sandy villages barely above sea level off Long Island’s southern coast, were urged to evacuate. The last boats out will leave at 10:40 p.m. Saturday; after that, officials said, there may be no way out for people who decide to ride out the storm.

The evacuation threw a wrench into Kristen Pavese’s planned Fire Island bachelorette party. The group of 10 had intended to celebrate out on Saturday night, but ended up leaving on the ferry just a day after arriving. They had planned to stay until Monday.

“I’m upset about it, but it’s the weather. It’s nothing I can control,” said Pavese, a Long Island resident. “I’ve been going to Fire Island for a long time, so I’m sort of familiar with this happening.”

The group made alternate Saturday night plans at a Long Island winery, and Pavese said she was happy to still be with her friends.

Approaching severe weather Saturday night also halted a superstar-laden concert in Manhattan’s Central Park. The show headlined by Bruce Springsteen, Paul Simon and Jennifer Hudson was meant to celebrate New York City’s recovery from the coronavirus. But officials asked concert-goers to leave the park during Barry Manilow’s set amid the threat of lightning. Mayor Bill de Blasio ultimately said the event had to be called off and urged attendees to go home.

Gov. Andrew Cuomo pleaded with New York residents to make last-minute preparations, warning that heavy rain, winds and storm surges from Henri could be as devastating as Superstorm Sandy in parts of the state. The governor, who will leave office in two days following a sexual harassment scandal, warned that heavy rains were expected to create problems far up into the Hudson River Valley.

Gov. Ned Lamont warned Connecticut residents they should prepare to “shelter in place” from Sunday afternoon through at least Monday morning as the state braces for the first possible direct hit from a hurricane in decades. In Rhode Island, Gov. Dan McKee similarly urged state residents stay at home Sunday and into Monday morning.

“We consider this a serious matter,” McKee said at a news conference.

Officials said Logan International Airport in Boston was expected to remain open, but that some flights likely would be canceled. And service on some branches of New York City’s commuter rail system will be suspended Sunday. Amtrak service Sunday between New York and Boston was cancelled.

But Baker and McKee at separate briefings warned that high winds and heavy rains still could lead to widespread and lengthy power outages.

New York hasn’t had a direct hit from a powerful cyclone since Superstorm Sandy wreaked havoc in 2012. Some of the most important repairs from that storm have been completed, but many projects designed to protect against future storms remain unfinished.

Southampton Town Supervisor Jay Schneiderman said the town was considering issuing a voluntary evacuation advisory for about 6,000 people. He said storm models showed that the storm’s center would run “smack on the town of Southampton.” He described a run on supplies like batteries and flashlights as people “are starting to wake up.”

Regardless of its exact landfall, broad impacts were expected across a large swath of the Northeast, extending inland to Hartford, Connecticut, and Albany, New York, and eastward to Cape Cod, which is teeming with tens of thousands of summer tourists.

Storm surge between 3 and 5 feet (1 to 1.5 meters) is possible from Flushing, New York, to Chatham, Massachusetts, and for parts of the North Shore and South Shore of Long Island, the hurricane center said.

Rainfall between 3 to 6 inches (7.5 to 15 centimeters) is expected Sunday through Monday.

Officials in Massachusetts, Connecticut and New York cautioned that people could lose power for days. Authorities advised people to secure their boats, fuel up their vehicles and stock up on canned goods.

In the Hamptons, the celebrity playground on Long Island’s east end, officials warned of dangerous rip currents and flooding that’s likely to turn streets like the mansion-lined Dune Road into lagoons.

“We have a lot of wealthy people. There’s no doubt that we do, but everybody pulls together in an emergency,” Schneiderman said. “So, you know, yeah, there are people hanging out on their yachts at the moment drinking martinis, but they’re also starting to talk about this storm and I’m sure they’re going to want to be helpful.”