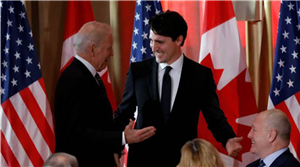 US and Canadian business leaders have voiced increasing concern about the ban on non-essential travel at land borders because of COVID-19 that was imposed in March 2020 and has been renewed on a monthly basis since. US and Canadian officials are set to meet Tuesday to discuss how to eventually lift pandemic-related border restrictions between the two countries, but no immediate action is expected, sources briefed on the matter told Reuters on Monday.

US and Canadian business leaders have voiced increasing concern about the ban on non-essential travel at land borders because of COVID-19 that was imposed in March 2020 and has been renewed on a monthly basis since.

The measures, which also apply to the US- Mexico border, do not affect trade or other essential travel.

The current restrictions are set to expire June 21, but US and industry officials expect they will be extended again.

Reuters reported on June 8 the Biden administration was forming expert working groups with Canada, Mexico, the European Union and the United Kingdom to determine how best to safely restart travel after 15 months of pandemic restrictions.

A meeting is expected to occur with Mexico later this week and meetings with the United Kingdom and EU are currently set for next week, but the timing could still shift, three people briefed on the meetings said.

US restrictions prevent most non-US citizens who have been in the United Kingdom, the 26 Schengen nations in Europe without border controls, Ireland, China, India, South Africa, Iran and Brazil within the last 14 days from traveling to the United States.

Reuters reported previously that US and airline officials do not think US restrictions will be lifted until around July 4 at the earliest.

Canadian Prime Minister Justin Trudeau said on Sunday he has spoken with US President Joe Biden about how to lift the restrictions, but made clear no breakthrough has been achieved.

Two officials said the working groups are each expected to meet twice a month.