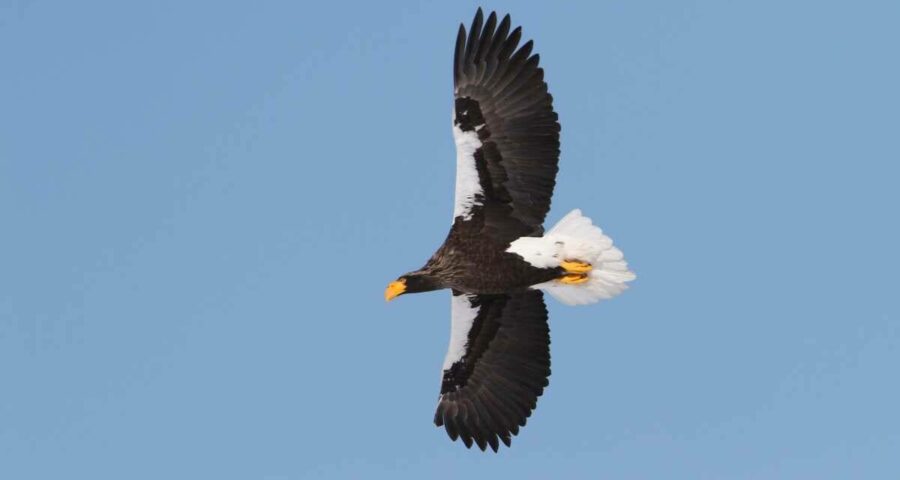 A rogue eagle popped up Wednesday in eastern Canada — about 4,700 miles away from home. For months, the Steller’s sea eagle has been tantalizing North American birders with its odd eastward trek. 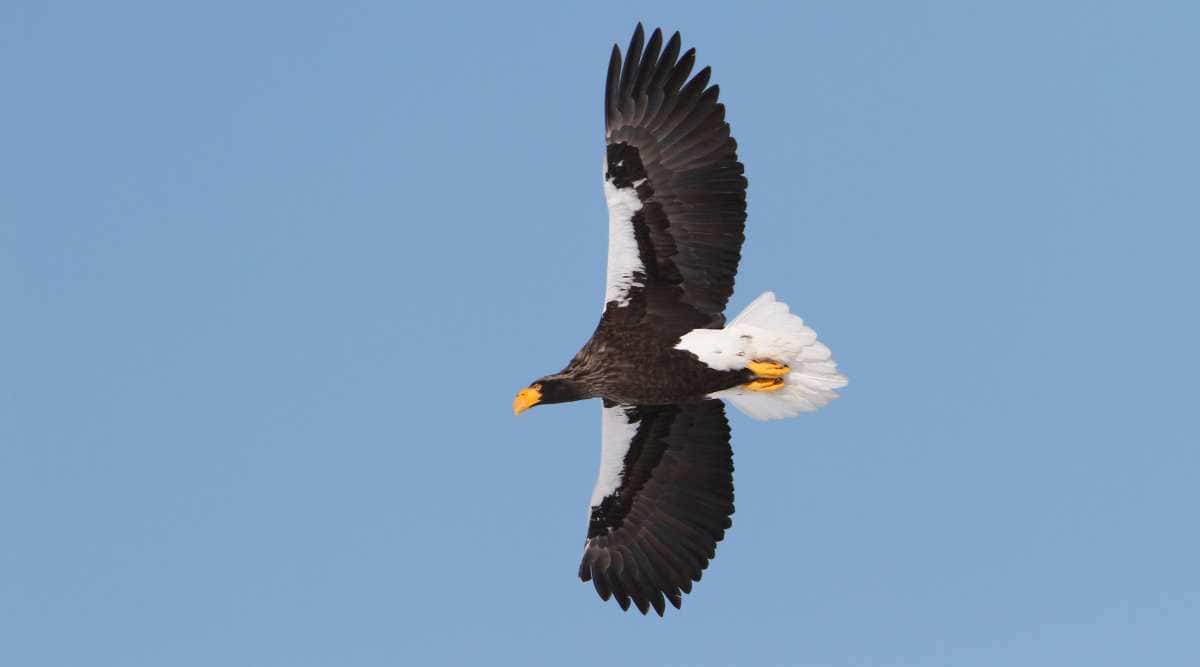 Geographically speaking, it would be almost impossible for this bird to get any more lost.

A rogue eagle popped up Wednesday in eastern Canada — about 4,700 miles away from home. For months, the Steller’s sea eagle has been tantalizing North American birders with its odd eastward trek.

“It’s almost as far away from your origin as you can be,” said Andrew Farnsworth, a senior researcher at the Cornell Lab of Ornithology. “It’s mind-boggling.”

Steller’s sea eagles are rare arctic birds with bright orange beaks and a 6- to 8-foot wingspan, which means they can outsize bald eagles. Their native range is typically China, Japan and Korea and the east coast of Russia. While some have flown as far east as western Alaska, none have ever been known to appear near the Atlantic Ocean.

Since it was first spotted on Alaska’s Denali highway last August, the bird has slowly wandered further inland. It was identified in Quebec and New Brunswick in July by a distinctive white spot on its left wing. After several months of evading human notice, it reappeared in Nova Scotia this week.

“It’s nuts. It really is. It’s one of those head-scratching things,” Nate Swick of the American Birding Association said. “Every time it shows up in a new place, there’s a new round of this.”

“I knew exactly what it was, immediately,” said Taylor, who studies bird migration. “I couldn’t believe it. Something like this is just one in a million.”

That afternoon, once Taylor put an alert out to fellow birders, a crowd of about 40 people (some of whom had driven several hours) gathered to catch a glimpse at the out-of-place avian phenom.

One of Taylor’s biology department colleagues, Jake Walker, excused himself from a webinar to join the throng.

“As soon as I heard about it, the adrenaline was pumping,” Walker said.

It is likely that the same bird made a southern detour this spring in South Texas. However, because it was seen only while perched, the unique wing pattern could not be confirmed. “At this point, anything is likely,” Swick said. “The fact that it might have made a stopover in Texas is as plausible as anything else.”

Gone to Texas or not, the bird’s flight has set a record. “It’s done this epic odyssey,” said Alexander Lees, a biodiversity researcher at Manchester Metropolitan University in England who recently wrote a book on avian vagrancy.

Vagrancy describes when birds veer off course and continue roving around — potentially indefinitely — in search of others of their kind. It is not uncommon. There are records of albatrosses spending decades living as vagabond singletons in the wrong hemisphere, Lees said. In an inverse example from earlier this year, a bald eagle winged its way to Japan.

Birders dream of vagrant sightings, said Nick Lund, who works for Maine Audubon and counts himself lucky to have seen a great black hawk, native to Central and South America, in his home state in 2018.

“It would be like an elephant walking up out of Africa into Scandinavia,” Lund said. “Like getting a call that the Rolling Stones are playing in a field behind a warehouse in the next town over.”

Lees said vagrancy, as a biological mechanism, could help migratory birds expand their ranges, a potential advantage as global warming redraws the contours of suitable habitat. Farnsworth said, conversely, extreme weather — which is anticipated to grow in frequency and intensity as climate change progresses — can also play a role in displacing birds by hundreds or even thousands of miles.

What is next for the lone, pioneering Steller’s sea eagle? It could migrate along with native bald eagles down the coastline. It could find its way back to northeastern Asia. It could stick around Nova Scotia, as it is well adapted to the cold and seems able to survive there. It could die, out of range of its original flock.

“It’s like an avian soap opera,” Lees said. “We’re all rooting for it. Will it make it home? Or is it doomed to never see another species of its own in its lifetime?”

For now, the only thing its human audience can do is keep an eye out.