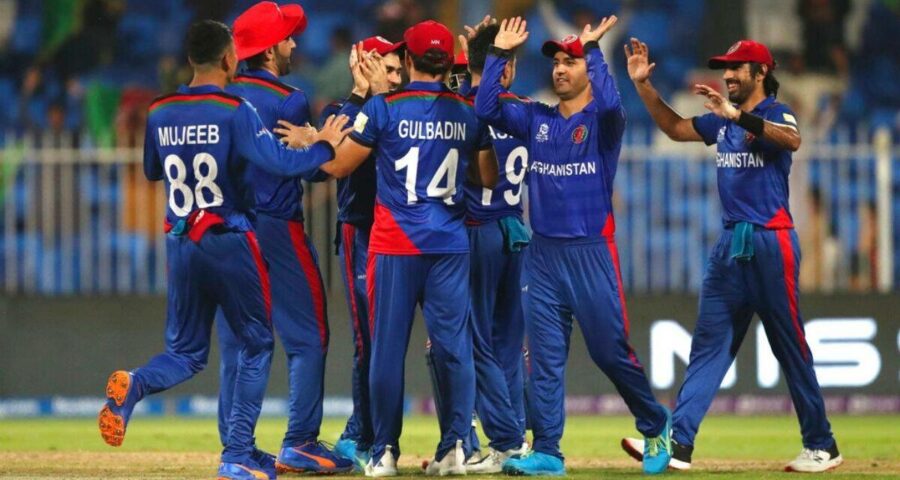 Afghanistan beat Scotland in a match played in Sharjah in the United Arab Emirates – the first major victory for the team since the Taliban takeover of the country. Taliban officials took to social media on Monday to congratulate the Afghan national cricket team for winning a match in the Twenty20 World Cup, but there was a muted response on the streets of Kabul where such wins were celebrated enthusiastically in the past.

Afghanistan beat Scotland in a match played in Sharjah in the United Arab Emirates – the first major victory for the team since the Taliban takeover of the country.

While the Taliban frown on many forms of public entertainment, cricket has always been an exception, a game fighters followed closely even during the war whenever the national team was playing.

“Congratulations to the team and wish them more success in the future,” Taliban spokesman Zabihullah Mujahid said on Twitter.

A spokesman for the Taliban’s Qatar office also joined in the praise, adding: “We hope for similar and even higher achievements in other fields, especially in the political, economic and scientific fields.”

However, there was relative silence across Kabul, where such victories were previously met with jubilation in the streets, fireworks and celebratory gunfire. There were only a few, small fireworks seen in the Kabul sky.

The streets were mostly empty or silent.

The Taliban’s foes also saw the victory as significant for the country. Amrullah Saleh, the ex-vice president who became one of the leaders of the anti-Taliban forces after the fall of Kabul, pointed out on Twitter that the cricket team had sung a national anthem and raised a flag which are not recongnised by the Taliban.

President Ashraf Ghani, who fled the country in August, said the victory had “installed new hopes in the hearts of all that this nation is alive and no one can hold it hostage!”

Despite years of violence and upheaval, Afghanistan has an enthusiastic and widespread following of cricket and residents of Kabul were eagerly anticipating the cricket world cup matches. read more

The governing International Cricket Council (ICC) will meet next month to determine the game’s future in Afghanistan under the Taliban regime.