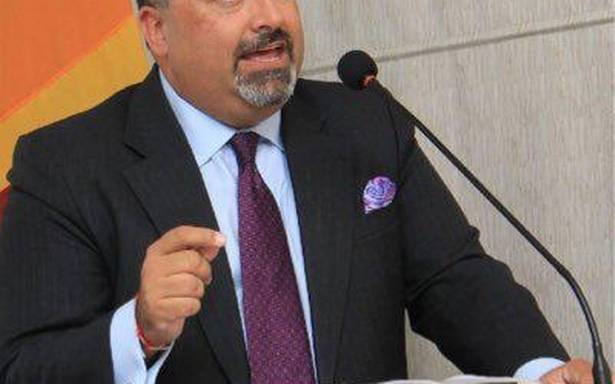 The U.S. State Department announced the appointment of Atul Keshap, a senior foreign service officer with years of experience in South Asia, as Chargé d’Affaires  (CDA) ad interim,  in New Delhi, to replace the outgoing CDA, Daniel Smith, who is retiring. Mr Keshap’s appointment highlights the fact that the White House is yet to send to the U.S. Senate, the nomination of Los Angeles Mayor Eric Garcetti, whose name has been doing the rounds for the Ambassador role in New Delhi since the end of May.

Mr. Keshap was formerly U.S. Ambassador to Sri Lanka and the Maldives and played a key role in developing the U.S.- Maldives defence relationship. The two countries signed on to a framework for their security relationship in September 2020.

Mr. Keshap also served as Deputy Assistance Secretary for South Asia and was also has been posted previously to the American Embassy in New Delhi .

“Ambassador Keshap’s appointment will reinforce the close U.S. partnership with the Government and people of India, demonstrated by our collaboration to overcome global challenges like the COVID-19 pandemic,” a statement from the State Department said.

Short- and medium-term COVID-19 vaccine access for India, U.S. assistance to India as it fought a second COVID-19 wave in recent months, and India’s manufacturing role in a Quad (India, the U.S., Australia and Japan) plan to supply at least 1 billion vaccines for Asia by the end of 2022 are all top of the agenda for the India-U.S. relationship at the moment.

While the Biden administration has sent several ambassadorial nominations to the Senate,  its silence on the  nomination of an ambassador to New Delhi has been conspicuous.

“Keshap eminently qualified but what is the deal with the Garcetti ambassadorial appointment to India?” tweeted Paul Staniland, a University of Chicago political scientist specialising in South Asia.

A U.S. Embassy spokesperson said, Mr. Smith’s appointment was temporary as per the practice but it still leaves the Garcetti question unanswered.

“Ambassador Smith’s appointment was temporary, consistent with the common Department practice of appointing Chargé d’Affaires, ad interim. We thank Ambassador Smith for his extraordinary service, particularly for his leadership during an extremely challenging time in the COVID-19 pandemic, and his important contributions to the U.S.-India partnership,” the spokesperson said.

The Hindu has reached out to the White House for comment on the nomination of an Ambassador to India.