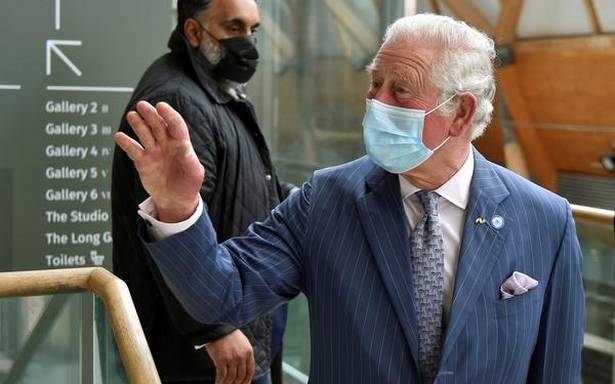 Prince Charles, Royal Founding Patron of the British Asian Trust, met the Indian community members on Tuesday as part of a series of engagements in Coventry, a city in central England.

Britain’s Prince Charles has met the Indian community members in Coventry who are fundraising to support those impacted by the COVID-19 crisis in India and appreciated their work.

Mr. Charles, Royal Founding Patron of the British Asian Trust, met the Indian community members on Tuesday as part of a series of engagements in Coventry, a city in central England.

Speaking on the occasion, the 72-year-old heir to the British throne said: “I am enormously proud that all of you and your generosity…It seems that almost every member of the diaspora here in the United Kingdom knows someone affected. So, I can understand even more, how much it means to them.” Last month, the Prince of Wales launched the British Asian Trust’s emergency appeal ‘Oxygen For India’ to raise vital funds to aid India.

To date, the appeal has raised a staggering four million pounds and provided life-saving oxygen concentrators to tens of thousands who are suffering the worst in India.

“I particularly wanted to show my appreciation, as far as the British Asian Trust is concerned, as you have been able to begin a meaningful emergency appeal and took action to ensure that oxygen concentrators have got to India and have been dispatched to rural areas, where there is a real need.

“There is much more that needs to be done to provide support and to help build back better,” he said.