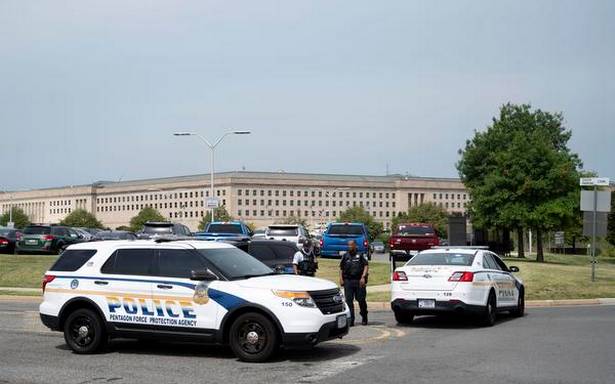 At least one person was down, the person’s condition was not known

The Pentagon was on lockdown Tuesday morning after multiple gunshots were fired on a bus platform near the facility’s Metro station.

At least one person was down, according to two people familiar with the shooting, who spoke on condition of anonymity because they were not authorized to release information publicly. The person’s condition was not known.

An Associated Press reporter near the building heard multiple gunshots, then a pause, then at least one additional shot.

A Pentagon announcement said the facility was on lockdown due to “police activity.”

Metro subway trains were ordered to bypass the Pentagon due to a police investigation.