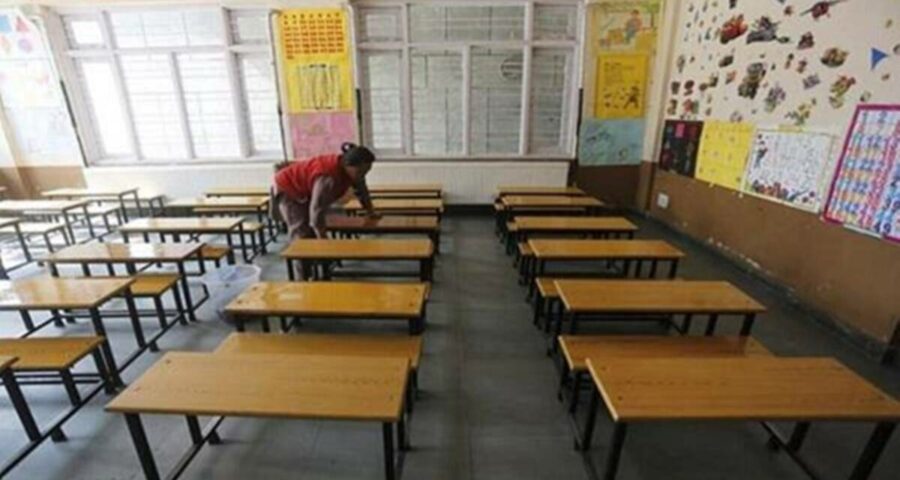 According to sources, a report had recommended reopening of schools on August 1 The absence of a council of ministers and the changing Covid-19 scenario in the state may delay the reopening of schools and pre-university colleges in Karnataka, officials feel.

A senior official from the Department of Public Instruction told The Indian Express that the government is likely to delay reopening by another fortnight. “We have been observing a sudden uptick in the number of cases since the last week of July. This, coupled with the absence of ministers handling Primary and Secondary Education, Health and related departments, will certainly lead towards us pushing the decision further towards the third week of August,” the official said.

Incidentally, the Director of Public Instruction had handed over a report to the government on July 26, the day when the then Chief Minister B S Yediyurappa announced his resignation.

According to sources, the report had then recommended reopening of schools on August 1, indicating that classes for older students (Class VI and above) should reopen in the first or second week of August followed by classes for their younger counterparts a week later.

Days before the council of ministers was dissolved, the then Primary and Secondary Education Minister, S Suresh Kumar, had announced that a decision to reopen schools will be taken in the last week of July. The minister’s statement was made citing a report by an expert panel, comprising health department officials, paediatricians, educationalists, representatives of private school managements and of parents’ associations, which recommended offline classes from the first week of August.

This report, officials say, was resubmitted to Bommai Sunday, before he left for the national capital to discuss the cabinet formation. “The revised report recommends reopening classes for high school students from the second week of August and for those in lower classes a week later,” the official said.

However, most parents in Bengaluru are once again against the idea of sending their children back to school due to the recent rise in the daily cases. Bengaluru has been recording above 400 cases daily since July 29.

According to Ganesh Poojary, organising secretary of the Karnataka State Parents Coordination Committee, reopening schools in major towns and cities “looks risky”. He suggested, “The government should not take a decision for the entire state at one go and instead, make strategic decisions by allowing schools to function in rural areas where the Covid caseload is next to zero.”

Further pointing out the digital divide and reports on the unavailability of resources for children in rural pockets Poojary said, “Officials at the village and gram panchayat levels need to ensure a safe and conducive atmosphere to build confidence among students and parents to be back at school as well.”

Meanwhile, D Shashikumar, general secretary of Associated Managements of Primary and Secondary Schools in Karnataka (KAMS) reiterated his demand that the government should permit reopening of schools at the earliest.

“The decision to reopen schools in the state faced unnecessary delays throughout July and August. With a third wave now predicted by around October, schools remaining shut will result in further learning loss. Students have been missing regular classes for over one and a half academic years and will face a disastrous, irreparable and cascading effect in their education, especially at the entry level,” he said.