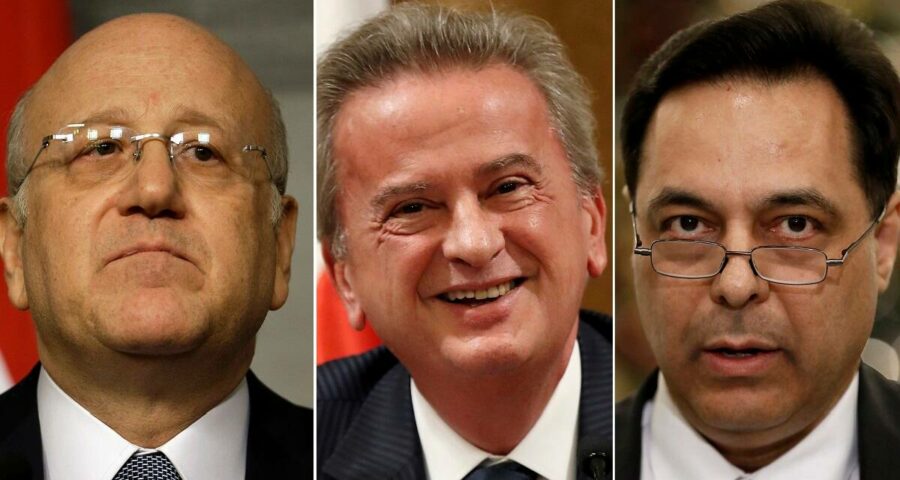 Lebanon is in the midst of what the World Bank says is one of the world's worst economic meltdowns in the past 150 years. A trove of leaked documents confirmed that for years, Lebanon’s politicians and bankers have stowed wealth in offshore tax havens and used it to buy expensive properties, a galling revelation for masses of newly impoverished Lebanese caught in one of the world’s worst economic meltdowns in decades.

Some of the newly outed holders of offshore accounts belong to the same ruling elite that is being blamed for the collapse and for derailing the lives of ordinary Lebanese who have lost access to savings and now struggle to get fuel, electricity and medicine.

Bold-faced names in the leaked documents include the longtime central bank governor, a pivotal figure in the failed policies that helped trigger the financial crisis, as well as Prime Minister Najib Mikati and his predecessor.

The documents, named the Pandora Papers, were examined by the International Consortium of Investigative Journalists, with the first findings released Sunday. The ICIJ report exposes the offshore secrets of wealthy elites from more than 200 countries and territories.

It was based on a review of nearly 11.9 million records obtained from 14 firms that provide services in setting up offshore firms and shell companies. Clients of such firms are often trying to hide their wealth and financial activities.

Setting up an offshore company is not illegal, but reinforces the perception that the wealthy and powerful play by different rules, a particularly upsetting notion for many Lebanese.

The papers show how members of the political class were sending wealth abroad for years, even as they urged people to deposit money in Lebanon’s banks, assuring them that it was safe, said Alia Ibrahim, a Lebanese journalist. “We are not talking about regular citizens,” said Ibrahim, a co-founder of Daraj, a Beirut-based independent digital media platform, and one of sores of journalists across the world who worked with ICIJ on the investigation into the documents.

“These are politicians who served in public office for years, and they are partly responsible for the current crisis Lebanon is going through,” she said.

Lebanon is in the midst of what the World Bank says is one of the world’s worst economic meltdowns in the past 150 years. More than 70% of the population has been thrown into poverty, their savings nearly wiped out in the crisis that began in late 2019 and was in part caused by decades of corruption and mismanagement by the political class.

Hundreds of thousands of people staged nationwide protests against corruption starting in late 2019. Yet two years later the same politicians still run the country in the same way, protected by the sectarian-based system.

One of the protesters, Samir Skaff, said that the Lebanese are not surprised to be told that the political class “is made up of a bunch of thieves.” “We have been saying that for years,” he said.

Offshore companies, though not illegal, can be used to elude taxes or hide illicitly gained money. The leaks only add further confirmation to what Lebanese have long said about their ruling class, though repeated report of graft or illicit activity in the past have failed to bring change.

One of the 14 firms listed by ICIJ as providing offshore services is Trident Trust, with 346 Lebanese clients making up the largest group, more than double the second-place country, Britain.

One focus of the revelations is Riad Salameh, who has been Lebanon’s central bank governor for nearly 30 years.

Daraj reported that the documents showed Salameh founded a company called AMANIOR, based in the British Virgin Islands, in 2007. He is listed as its full owner and sole director, which Daraj said appeared to violate Lebanese laws forbidding the central bank governor from activity in any enterprise.

Salameh’s office told The Associated Press that the central bank governor has no comment on the documents. ICIJ quoted him as saying that he declares his assets and has complied with reporting obligations under Lebanese law.

Salameh, 70, is being investigated in Switzerland and France for potential money laundering and embezzlement. Local media reported over the past months that Salameh and his brother as well as one of his aides have been involved in illegal businesses, including money transfers abroad despite the capital controls imposed at home. Salameh had denied making such transfers.

Other documents showed that Marwan Kheireddine, chairman of Lebanon’s Al-Mawarid Bank, was involved in setting up a flurry of offshore businesses in the months just before the economic crisis hit in late 2019. In November that year, his bank and others began imposing capital controls that meant Lebanese could pull very little money out of their accounts even as the currency crashed, wrecking their savings’ value.

The Pandora Papers reveal that in 2019, Kheireddine received control of an offshore firm in the British Virgin Islands, which he then used to buy a $2 million yacht.

In January 2019, he and his brother set up four firms in Britain on the same day, all based at the same London address, and all registered as “small companies”, which Daraj said meant they are exempt from auditing. In 2020, Kheireddine bought a $9.9 million New York penthouse sold by American actress Jennifer Lawrence, Lebanese media reported at the time.