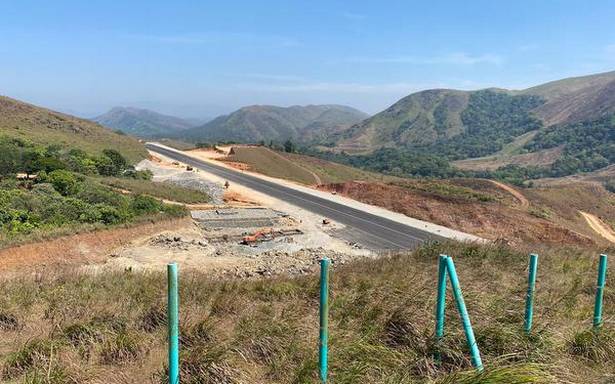 If things go as planned, an aircraft will land for the first time in Idukki, at the NCC (National Cadet Corps) airstrip being readied at Satram in Peerumade on November 1.

This is the NCC’s only airstrip in the country and is being constructed by the Public Works Department (PWD). The airstrip will provide training for NCC Air Wing cadets in flying small aircraft and there will be facilities for their accommodation. The NCC will provide training to 1,000 cadets at the facility in a year. The NCC’s two-seater Virus SW-80 aircraft will be the first one to land on the airstrip, according to officials.

NCC Kerala Deputy Director General Brigadier P.K. Sunilkumar on Wednesday said some more works were to be finished and the plan was to open the airstrip as early as possible. “It is for training cadets in microlight aircraft,” he said adding the facilities could be used for the public in emergency situations. “It is a State asset and the government can decide on using it in emergency situations,” he said.

This is the first airstrip in the district that has no rail connectivity due to its hilly topography. An NCC official said the district administration could use the airstrip for disaster management requirements.

Though an airstrip was earlier planned at Anakkara, near Kumily, it did not materialise. In the meantime, the idea of an NCC airstrip moved on track and is nearing completion despite several hurdles. The construction of the airstrip started on 12 acres allotted by the Revenue Department on May 21, 2017.

“The runway is nearing completion and there will be facilities to park aircraft,” said the official. Tarring of the shoulder runway needed to be done and it required only three to six days. All works were expected to be completed by October 20, he added.

The airstrip work was being taken up at an estimate of ₹13 crore. It is learnt that the Civil Aviation Ministry had given the green signal for landing aircraft at the airstrip.