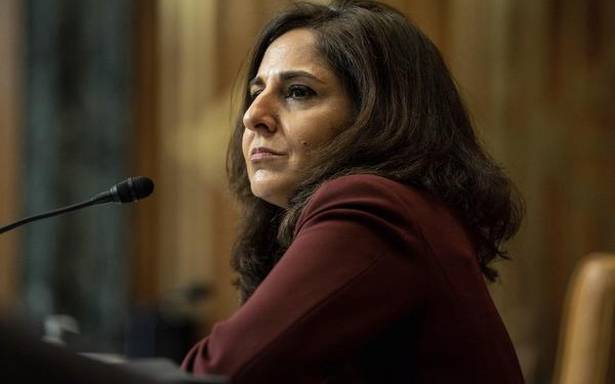 Democratic Senator Joe Manchin announced that he would vote against Ms. Tanden over “overtly partisan statements”, which means unless a Republican Senator comes forward to support her nomination, it is unlikely she will be confirmed for the job.

Indian-American Neera Tanden, U.S. President Joe Biden’s nominee for the position of Director of White House Office of Management and Budget, is facing a challenge to her confirmation after Democratic Senator Joe Manchin announced that he would vote against her over “overtly partisan statements”.

Mr. Manchin’s announcement means that unless a Republican Senator comes forward to support her nomination, it is unlikely that Ms. Tanden, 50, will be confirmed for the job.

Mr. Manchin, a moderate Democrat from West Virginia, said: “I believe her overtly partisan statements will have a toxic and detrimental impact on the important working relationship between members of Congress and the next Director of the Office of Management and Budget.” “For this reason, I cannot support her nomination. As I have said before, we must take meaningful steps to end the political division and dysfunction that pervades our politics,” he said.

In the past, Ms. Tanden has referred to Senate Minority Leader Mitch McConnell as “Voldemort,” and has battled Senator Bernie Sanders and his supporters online.

President Biden on February 19 said that he has enough votes to get her confirmation.

“I think we are going to find the votes and get her confirmed,” Mr. Biden told reporters at Joint Base Andrews following a trip to the Pfizer vaccine manufacturing plant in Michigan.

Despite Mr. Manchin’s opposition, Mr. Biden said he will not pull the nomination.

“No” he told reporters.

“Neera Tanden is an accomplished policy expert who would be an excellent Budget Director and we look forward to the committee votes next week and to continuing to work toward her confirmation through engagement with both parties,” White House Press Secretary Jen Psaki said.

Ms. Tanden apologised to Senators during her confirmation hearings this month.

“I deeply regret and apologise for my language, and some of my past language,” she said.

According to The New York Times, the announcement by Mr. Manchin underscored the fragility of the ambitions of the new Democratic majority in the Senate and the outsize power that any one Senator holds over the success of Mr. Biden’s administration and agenda.

“The fate of the nomination is now in the hands of a party that Ms. Tanden has frequently criticised in the past, particularly moderate Republicans she has previously scorned. Ms. Tanden would need the support of at least one Republican senator in order to be confirmed, with the vote of Vice President Kamala Harris needed to break a tie,” the daily said.

If she fails to garner enough support, Ms. Tanden would be the first Biden administration pick not to win Senate confirmation. No Republicans have said they would vote for her yet.