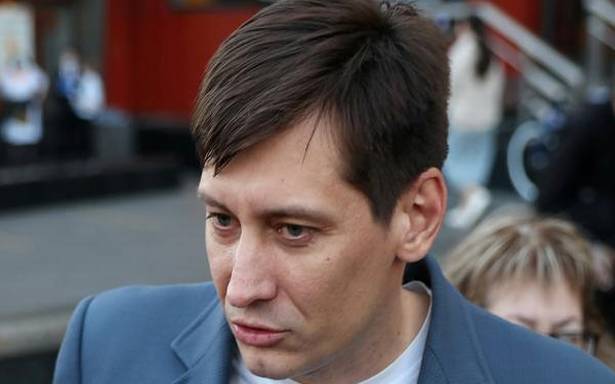 Gudkov, 41, had been detained earlier this week alongside another well-known Kremlin critic, Andrei Pivovarov, 39, with the latter yanked off a Warsaw-bound plane minutes before takeoff.

Prominent Kremlin critic and former lawmaker Dmitry Gudkov said on Sunday he had left Russia for Ukraine due to pressure from authorities ahead of September parliamentary elections.

“I am approaching Kiev,” he said on Facebook in a post he confirmed to AFP as genuine, adding that sources close to the Kremlin told him that if he did not leave he would be arrested over a “fake” criminal case against him.

Gudkov, 41, had been detained earlier this week alongside another well-known Kremlin critic, Andrei Pivovarov, 39, with the latter yanked off a Warsaw-bound plane minutes before takeoff.

Gudkov was detained over unpaid rent from 2015 and faced up to five years in prison. His supporters called the detention a form of punishment for his plans to take part in elections.

But he was released without charges on Thursday evening in a rare about-face by Russian authorities.

His lawyer Mikhail Biryukov told AFP that the opposition politician had been set free without being formally charged.

Supporters hailed his release but suggested that he would not be allowed to run for parliament.

Kremlin critic Pivovarov remains in jail, after a court hearing on Wednesday ordered that he be held in pre-trial detention for two months.

He is the former executive director of Open Russia, a recently disbanded pro-democracy group.