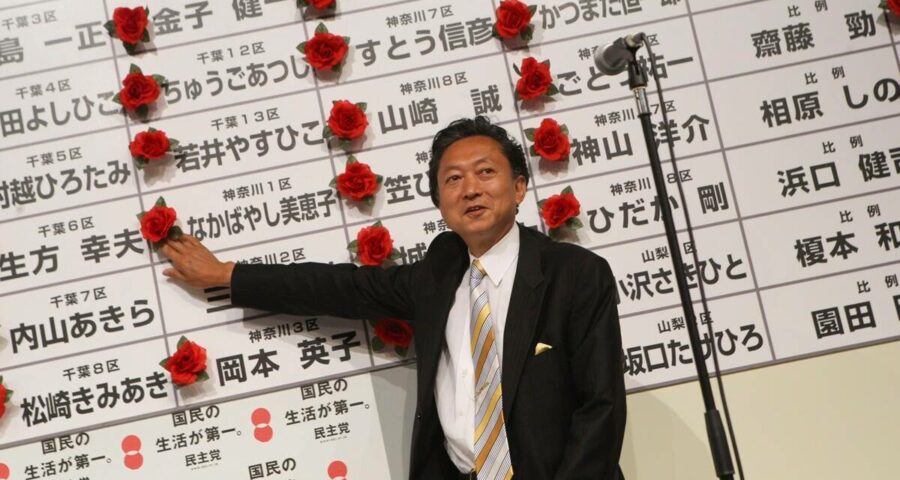 Polls have found that the public favors Taro Kono, the Cabinet minister overseeing Japan’s coronavirus vaccine rollout, by at least 2-to-1 in the race to lead the governing Liberal Democratic Party — which, in effect, is the race to become prime minister. 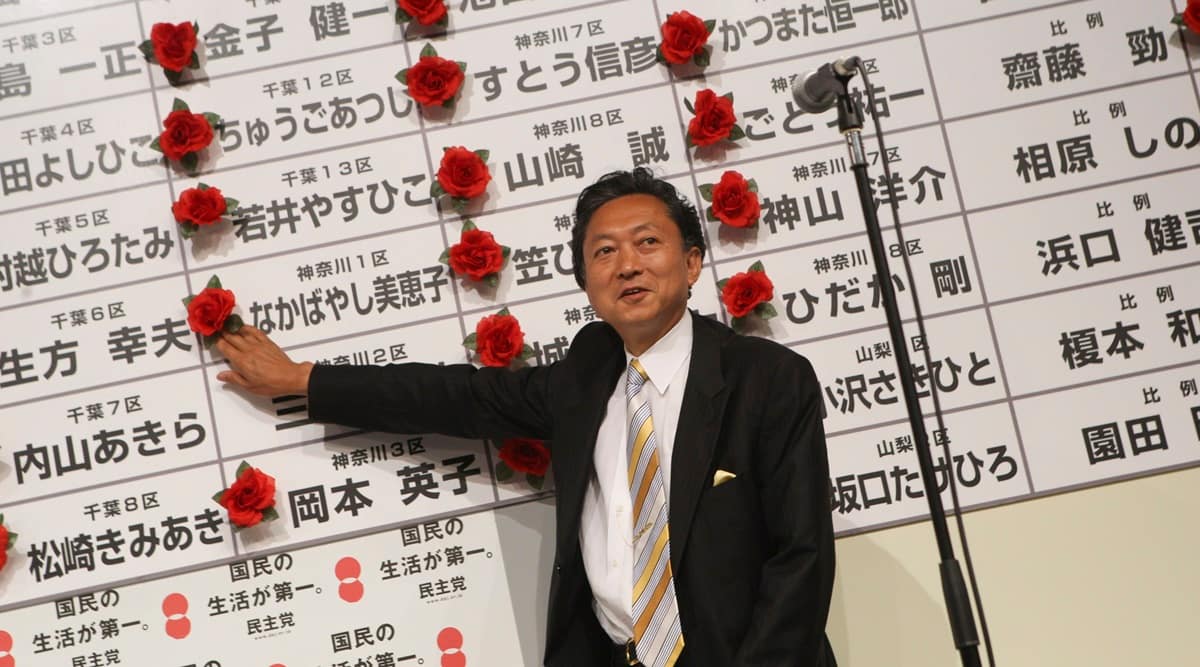 If popularity were the deciding factor, there would be a clear front-runner to become the next prime minister of Japan.

Polls have found that the public favors Taro Kono, the Cabinet minister overseeing Japan’s coronavirus vaccine rollout, by at least 2-to-1 in the race to lead the governing Liberal Democratic Party — which, in effect, is the race to become prime minister. His Twitter following of 2.4 million dwarfs those of his three rivals combined.

But in the backrooms where Japanese political decisions are made, Kono, 58, is not nearly as well liked. His reputation as the Liberal Democrats’ most outspoken nonconformist and his left-leaning views on social issues put him out of step with the party’s conservative elders.

Those people will have considerable sway on Wednesday as the Liberal Democrats choose a successor to Yoshihide Suga, the unpopular current prime minister and party leader, who said this month that he would step aside. Whoever takes his place will lead the party into a general election that must be held by the end of November.

In past party leadership elections, unity has made the winner a foregone conclusion. But this time, the political horse trading has sometimes seemed at odds with popular sentiment, even as the public has expressed dissatisfaction with the party’s leadership on the pandemic and the economy. That disconnect partly reflects complacency among the Liberal Democrats, who have been in power for all but a few years since 1955 and seem confident that they will win the general election no matter who they choose.

“Right now, their thinking is that they can’t lose to the opposition,” said Masato Kamikubo, a professor of political science at Ritsumeikan University in Kyoto.

Kono differs from his rivals in style as well as substance. Unlike a long string of stodgy Liberal Democratic politicians who seemed to have little interest in inspiring the public, he assiduously courts popular opinion.

After Shinzo Abe, Japan’s longest-serving prime minister, made him foreign minister in 2017, Kono developed an avid Twitter following in both Japanese and English, with playful posts about food, his prowess with Japanese children’s toys and meetings with cartoon mascots.

As the minister in charge of vaccines, he has sometimes responded personally to Twitter users’ questions. Fumie Sakamoto, an infection control manager at St. Luke’s International Hospital in Tokyo, said she believed his personal touch may have helped ease public fears about the vaccines.

“He’s always been willing to communicate about vaccination in a positive and easy-to-understand manner,” Sakamoto said. After a slow start in the first half of the year, more than half of the population in Japan is now fully vaccinated, putting it ahead of the United States and many other countries around the Pacific Rim.

But other issues have put Kono on the wrong side of his party’s power brokers.

He has repeatedly voiced his opposition to nuclear power, a sacred cow for the Liberal Democrats. He now supports same-sex marriage and a proposal to change a law requiring married couples to share a surname for legal purposes — positions that are popular with the public but opposed by the party’s influential right wing.

Abe, who resigned last year because of ill health, has backed Sanae Takaichi, 60, a hard-line conservative, for the leadership. Takaichi, who would be Japan’s first female prime minister, has strong backing from the right wing of the party, but her poll numbers are low. Another woman in the leadership race, Seiko Noda, 61, has little support from either the public or the party.

Many Liberal Democratic members of Parliament consider Fumio Kishida, 64, a moderate with tepid support in the polls, to be the safest choice, according to media tallies of lawmakers.

Kono, whose father and grandfather were both Liberal Democratic lawmakers, has long made it clear that he wants to be prime minister. But he did not follow a traditional route to power. He left a place at one of Japan’s most prestigious private universities, Keio, to study at Georgetown in Washington instead.

Kono’s polished English and extensive travel experience as foreign minister would make him a welcome choice for prime minister among Japan’s allies, political analysts said. “For Washington, he would be the most comfortable person,” said Shihoko Goto, a senior associate for Northeast Asia at the Wilson Center in Washington.

On China, Kono does not invoke the kind of hawkish rhetoric that Takaichi and Kishida have been using during the campaign, but he would be likely to maintain the party’s policies on military cooperation with the United States, Australia and India.

Given his work on diplomatic and military issues — Kono also served as Abe’s defense minister — he is “probably the best-prepared person for the prime ministership in that sense,” said Narushige Michishita, director of the Security and International Studies Program at the National Graduate Institute for Policy Studies in Tokyo.

But some say his confidence has led to arrogance and even impetuosity. Last year, as defense minister, he decided with little consultation to cancel a plan to buy an American missile defense system, angering Japanese military leaders who heard about the decision after the fact.

“Maybe he’s too American,” said Kunihiko Miyake, a former diplomat who has been an adviser to Suga. “He’s very direct, honest, sometimes blunt,” Miyake added. “And sometimes so self-righteous that nobody can catch up or nobody feels willing to help.”

Kono, who declined to be interviewed for this article, has a reputation for being short-tempered with Japanese bureaucrats. He recently crusaded against the fax machines that are still used in government offices, making waves by taking on one of the shibboleths of the bureaucracy.

In an interview with the Yomiuri Shimbun, Japan’s largest daily newspaper, Kono acknowledged that he might need to speak more carefully. “However, I do not intend to mince words when it comes to pointing out the fallacies of bureaucratic thinking that is not attuned to reality,” he said.

On Twitter, he has also become rather notorious as the Japanese politician most likely to block his critics — so much so that he spawned a hashtag, #IwasblockedbyKonoTaro, in Japanese. When asked about the practice in an interview with TBS, a broadcaster, he defended it.

“I don’t feel the need to have a conversation with people I don’t know who slander me,” he said.

Masahiko Abe, a professor of English and American literature at the University of Tokyo, said he was blocked by Kono after suggesting that the minister did not understand the government’s policy on university entrance exams.

“I don’t mind that he’s sometimes aggressive and even arrogant from time to time,” Abe said. But, he added, “If he says anything wrong, I think we have the right to correct him.”

People who have worked with Kono said he believed that policy debates were more productive if they were rigorous. “The reason why he understands the discussion is because he is demanding,” said Mika Ohbayashi, a director at the Renewable Energy Institute, a research and advocacy group, who served on a climate change advisory panel with Kono.

As a candidate for the leadership, Kono has calibrated some of his past positions. Despite his opposition to nuclear power, he said he supported the restart of Japan’s nuclear plants — the vast majority of which have been idled since the triple meltdown in Fukushima 10 years ago — as part of a plan to reduce greenhouse gas emissions.

“He is looking at his liabilities and he is trying to figure out how he can cement support within the party,” said Mireya Solís, co-director of the Center for East Asia Policy Studies at the Brookings Institution.