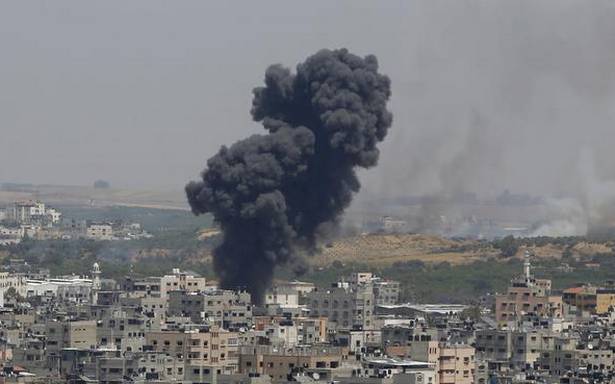 The airstrike in the middle class Rimal neighbourhood sent terrified residents of the building into the streets.

An Israeli airstrike has hit another high-rise building in the middle of Gaza City. Local media reported that Tuesday’s airstrike killed an unknown number of militants inside.

The airstrike in the middle class Rimal neighbourhood sent terrified residents of the building into the streets. They included screaming women and children, some of whom were barefoot.

Explained | What is happening in Jerusalem?

Since Monday, Gaza militants have also fired hundreds of rockets toward Israel. The escalation in the conflict was sparked by weeks of tensions in contested Jerusalem.