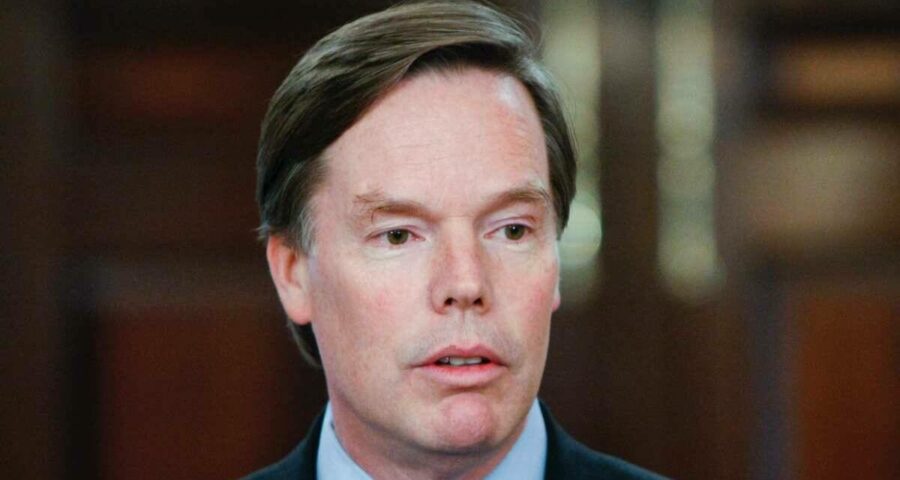 The choice of Burns, a retired career foreign service officer who served as under secretary of state between 2005 and 2008, marks a shift for the role of the ambassador to Beijing, the ranks of which over the past decade have been filled by former politicians, not seasoned diplomats. President Joe Biden plans to nominate veteran US diplomat Nicholas Burns to serve as US ambassador to China, the White House said on Friday, signaling the administration may be looking for the envoy to play a more central role in the increasingly fractious relations between the two global rivals.

The choice of Burns, a retired career foreign service officer who served as under secretary of state between 2005 and 2008, marks a shift for the role of the ambassador to Beijing, the ranks of which over the past decade have been filled by former politicians, not seasoned diplomats.

If confirmed by the Senate, Burns would head to China as the two countries’ ties are at their lowest point in decades, and fill a post left vacant since October, after former President Donald Trump’s envoy to China, Terry Branstad, stepped down.

The United States and China, the world’s No. 1 and No. 2 economies, are at odds over issues across the board, including trade, technology, the coronavirus, Taiwan, and Chinese military activities in the disputed South China Sea, with each accusing the other of deliberately provocative behavior.

A new headache Burns would have to deal with is fallout from the Taliban takeover of Afghanistan and the chaotic US evacuation from Kabul which has raised questions about the Biden administration’s ability to swiftly shift focus to the Indo-Pacific region and countering China.

China has not officially recognized the Taliban as Afghanistan’s new rulers, but its foreign minister, Wang Yi, last month hosted Mullah Baradar, chief of the group’s political office, and has said the world should guide and support the country as it transitions to a new government instead of putting more pressure on it.

The White House on Friday also announced Biden’s intent to nominate Rahm Emanuel, a former US lawmaker who served as chief of staff to former President Barack Obama and as mayor of Chicago, to be ambassador to Japan, a US ally increasingly at odds with Beijing.

Burns said he looked forward to returning to public service, if confirmed by the Senate, and working on “the strategic competition between the US and the PRC (People’s Republic of China), as well as other difficult and complex challenges we face at this critical juncture in our relationship.”

While Burns is not considered a China policy specialist, neither were the previous four US ambassadors to Beijing.
He does have close ties to Biden, though, having served as an adviser to his election campaign, and has worked closely over the years with some of the president’s most trusted advisers, including Secretary of State Antony Blinken.

Evan Medeiros, an Asia specialist in the Obama administration now at Georgetown University, said the choice of Burns indicated Biden sought a new model of communication with Beijing at a time when regular high-level dialogues have atrophied in the face of increasingly ideological competition.

“What you’re saying is we need a work horse, not a show horse,” he said. “We want our ambassador to be among the key players in the relationship, and we need somebody who understands great power politics.

As tensions between Beijing and Washington have escalated in recent years, the China-based role of the US ambassador has been increasingly constrained, particularly as Beijing has sought to curtail the ambassador’s engagement with ordinary people.

With the Biden administration indicating a reluctance to return to the regular, structured, high-level dialogue Beijing has sought, some analysts say it is possible the ambassador will take on a more pivotal role as a result.

“The US ambassador in Beijing could return to serving as both a messenger to and a sounding board for Chinese officials,” said James Green, a former US official who served multiple tours at the Beijing embassy.

He said the Biden administration would benefit from Burns’ “intimate understanding of the foreign policy bureaucracy” as well as a “clarity of message” to Beijing given his time as State Department spokesman in the mid-1990s.

Burns has also served as US ambassador to NATO and to Greece. After retiring from the Foreign Service, he worked with the Cohen Group, a Washington consulting firm, and became a professor at Harvard’s Kennedy School of Government.