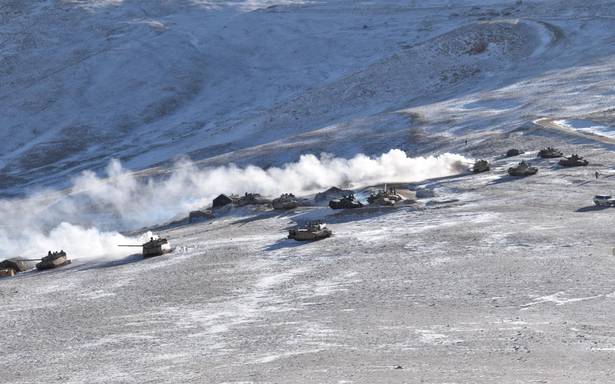 In the view of the PLA think tank, India carried on with some aspects of what it inherited from British

As India and China on February 10 began the first steps of implementing a disengagement plan after more than nine months of a tense stand-off at multiple points along the Line of Actual Control (LAC), the causes of last year’s border crisis still remain a mystery.

Top Indian officials, including External Affairs Minister S. Jaishankar, have said publicly that China was yet to offer “a credible explanation” for the deployment last summer of an unprecedented number of troops so close to the border, breaking decades of a consensus on managing an undemarcated LAC.

A once-in-a-decade military strategy document released by the People’s Liberation Army’s (PLA) leading think tank in 2013 offers some clues to China’s border moves, as it called for putting a stop to “nibbling” of territory as well as warned of India’s expanding maritime reach as it looked to stabilise its land borders, a development it viewed as a threat to China’s security interests.

“The Science of Military Strategy” released in 2013 by the Academy of Military Sciences was the third edition of the text, following previous versions in 1987 and 2001. A full-English translation of the 276-page Chinese document, which was first released a year into Xi Jinping’s tenure in October 2013, was published on February 8 by the United States-based China Aerospace Studies Institute at Air University, based at Maxwell Air Force Base, Alabama.

The section evaluating India’s military strategy described India as “a regional power in South Asia and the Indian Ocean… an emerging major country that is in the midst of arising” and a country whose “international status is improving every day”.

It outlined three stages of India’s military strategy since 1947: a limited offensive strategy until the early 1960s, a period of “expansion on two fronts” from the 1960s to the early 1970s; a “maintain the land and control the sea” until the late 1980s, and “a major adjustment” after the end of the Cold War from “regional offence” to “regional deterrence” that stressed “the role of deterrence and not emphasising conquest and occupation of territory”.

With India’s economy taking off and its “overall national power continually strengthened”, the paper noted India’s “economic and military power exceeded the sum total of the various other countries in South Asia, and the other South Asian countries in actuality had no power to pose a major threat against India”.

The text outlined four characteristics of India’s strategy as seen by military planners in Beijing. The first viewed India “as the heart of Asia and that the Indian Ocean is India’s ocean” and “treated the South Asian subcontinent as its sphere of influence and it has regarded some neighbouring countries as the main obstacles blocking it from achieving its geopolitical interests”. India, in its view, “attempted to build the South Asian subcontinent into a strategic foundation with itself as the centre and to thus manage and control the Indian Ocean”.

In the view of the PLA think tank, India carried on with some aspects of what it inherited from British India’s military strategic thought, the core of which was “to treat Kashmir, Nepal, Sikkim, Bhutan, and Assam as the internal lines of India’s defence; to incorporate Tibet into its sphere of influence as a buffer state; and to treat the illegally concocted McMahon Line [which China doesn’t recognise, on the eastern sector] and the Ardagh-Johnson Line [in the western sector] as its security inner ring”.

The text claimed that with the rise of India’s national power, the “offensive” elements “have been increasing” but “restricted to the South Asian subcontinent and the Indian Ocean situation”.

“As regards its strategy against the People’s Republic of China, India has adopted a defensive posture overall, but at the same time has also used offence as a defence to actively seek local superiority, and has also used its unremitting nibbling away in peacetime to create conditions for switching from defence to offence in wartime,” it said. “In regard to China, it has carried out ‘dissuasive’ deterrence, to deter China from using troops against India, and has restrained China from entering its sphere of influence. In regard to the small countries along the South Asian periphery, it has carried out ‘punitive’ deterrence, to ensure that they do not dare go against India’s interests and to force them to humbly heed India’s control.”

For China, it noted that while “the possibility of a large-scale land invasion war occurring is fairly low nonetheless some border demarcation problems are hanging in the balance, and some border-area nibbling and counter-nibbling, and frictional and counter-frictional struggles will be present for the long term”. China has unresolved land borders with India and Bhutan.

The PLA strategy predicted that India would look to stabilise its land borders and pay more attention to the sea, a development it viewed as unfavourable for China’s interests.

Written eight years ago, it foresaw deepening ties among the Quad – India, U.S., Japan and Australia – and noted “against this backdrop, Japan’s going southward and India’s advancing eastward might intersect in the South China Sea, forming ‘dual arcs’ from the directions of two oceans, and Japan and Australia would constitute ‘dual anchors’ at the south and north ends of the Western Pacific”. It said “on the basis of ensuring its interests in the Indian Ocean” India would “attempt to realize a military presence in the South China Sea”.

The PLA document viewed the “two oceans region”, referring to the northern Indian Ocean and western Pacific, as key areas for China’s strategic future, outlining Beijing’s own version of an Indo-Pacific strategy, a term that China officially eschews. “This region,” it concluded, “is a crucial area in influencing our nation’s strategic development and security in the future.”