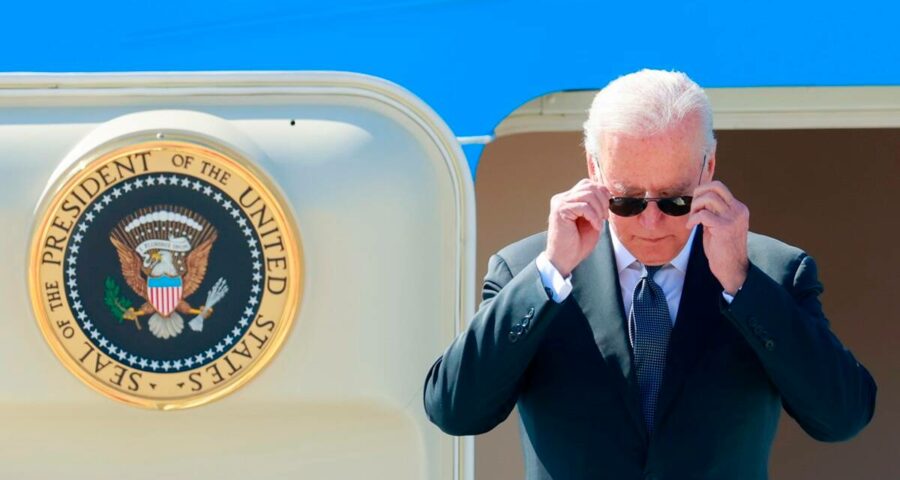 In Moscow, wounds are still raw from the tumult of the previous administration, when hopes for a thaw in US-Russia relations stemming from Donald Trump's friendly approach were dashed by mounting sanctions and rising tensions. When President Joe Biden, standing at NATO headquarters Monday, referred to President Vladimir Putin as “a worthy adversary,” ears perked up in Moscow.

The Russian leader, who will meet his fifth US president since taking power in 1999, has long sought the West’s respect. When Putin sits down with Biden in Geneva on Wednesday, he will have a rare opportunity to get it.

“Putin’s goal is to transition to a respectful adversarial relationship from the disrespectful one we have today,” said Vladimir Frolov, a Russian foreign affairs columnist. “That seems to be in line with Biden’s objectives for a ‘predictable and stable relationship’.”

In Moscow, wounds are still raw from the tumult of the previous administration, when hopes for a thaw in US-Russia relations stemming from President Donald Trump’s friendly approach were dashed by mounting sanctions and rising tensions. Now, Russian officials hear Biden’s emphasis on predictability and stability and see a renewed opportunity for changing the course of a relationship that is plumbing its post-Cold War depths.

“We see a desire on the part of the United States to emphasize a kind of positive agenda — it’s been a long time since we’ve seen that,” said Tatiana Stanovaya, founder of a political analysis firm, R.Politik. “This summit has huge meaning.” There is little expectation that the Geneva summit will radically reframe the relationship between Russia and the United States. But there is hope in Russia among both supporters and critics of Putin that it will at least stop its downward spiral. Russian officials and analysts say the talks could open the door to wider negotiations on arms control and cybersecurity and perhaps yield concrete results in the form of Moscow and Washington lifting some restrictions on each other’s diplomatic missions.

And there is the sense that Biden, for all of his talk about protecting democracy and human rights, is prepared to engage broadly with Putin despite his concerns about the treatment of jailed opposition leader Alexei Navalny and other dissidents. To the Kremlin, recognizing Putin’s preeminence in Russian domestic politics is all but a prerequisite for talks.

“This is about defining a framework for the new Cold War,” said Fyodor Lukyanov, a Russian foreign policy expert who advises the Kremlin. “If Russia and the US can communicate to one another that they don’t care so much about each other’s domestic situation, then everything else will be solvable.”

To critics, the fact that it was Biden who extended the invitation for the summit to Putin in April, when Russian troops were massing on the border with Ukraine, looks like a concession or an unjustified reward. After all, with his domestic popularity flagging and Russian parliamentary elections looming in September, the image of defending Russian interests in high-stakes talks with the US president could help Putin.

“He does not plan on signing any agreements,” an aide to Navalny, Leonid Volkov, wrote on Facebook of Putin’s motives. “He’s coming, essentially, for one photo, literally like fans dream of a selfie with their idol.”

Key to the summit’s outcome, analysts say, will be the tone the leaders take with each other. In his interview with NBC taped last week, Putin praised Biden as a “professional” who had spent “just about all his conscious life in politics.” That, Putin said, made Biden the opposite of Trump — a leader who, to the Kremlin’s disappointment, never delivered on the friendlier Russia policy that he had promised.

“This is a different man,” Putin said of Biden. “I very much expect — there are pluses and minuses — that there will not be such impulsive movements on the part of the current president, that we will be able to observe certain rules of interaction and will be able to agree on things and find some points of contact.”

Biden’s roots as an advocate of diplomacy and arms control in the last decades of the Cold War strike a chord in Russia’s ruling establishment. He led a Senate delegation to the Soviet Union in 1979 to argue for nuclear weapons cuts and returned in the 1980s. Many of Putin’s backers are nostalgic for that time — when their country was an undisputed superpower, treated with respect by the United States.

Dmitri Trenin, director of the Carnegie Moscow Center, says that the Kremlin probably sees Biden as a “person of the old school, in a good sense — back when even adversaries could reach agreement on things.” Now, by contrast, Trenin said, “the American political class doesn’t just treat Putin badly. From the point of view of many observers here, they treat him insultingly badly.”

The prospect of the United States and Russia coming to Cold War-like terms is a long shot because of the asymmetry of today’s confrontation, he said.

“The United States is clearly more powerful,” Trenin said, “and they are not interested in rules that would limit them. Russia, on the other hand, is less powerful, if you will, but this forces it to be able to surprise the adversary.”

The Geneva talks are expected to last about four to five hours, Dmitry S. Peskov, the Kremlin’s spokesperson, said Tuesday. They will begin with a small-group session, followed by larger-group working sessions that will include a focus on regional issues like Ukraine and Syria, said Yuri V. Ushakov, Putin’s foreign policy adviser.

Fighting climate change — long a low priority for Putin — will be high on the agenda, the Kremlin said, noting that environmental preservation was one area in which “our countries have common interests and similar approaches.”

Biden flew to Geneva before the summit meeting Tuesday, and Putin will arrive Wednesday.

“Biden is being readied for battle and psychologically prepared, like an MMA fighter,” host Dmitry Kiselyov said on state television’s main weekly news show Sunday. “In Russia, the mood is more calm and more businesslike.”