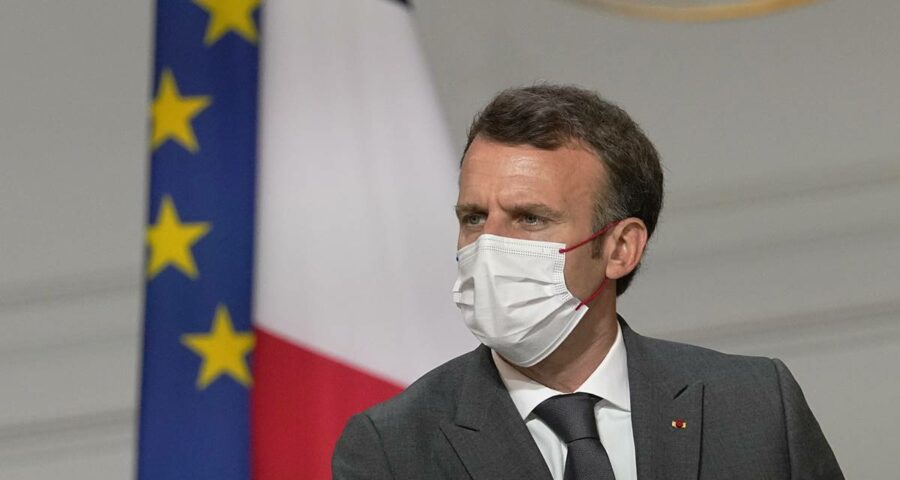 Demonstrators in Paris and elsewhere vented against what some called Macron’s “dictatorship” after he announced that a “health pass” would be required for many to attend or enter most public events and venues. More than 100,000 people took to the streets across France over the weekend to protest against President Emmanuel Macron’s tough new vaccination strategy, which will restrict access to restaurants, cafes, movie theaters, long-distance trains and more for the unvaccinated.

Demonstrators in Paris and elsewhere vented against what some called Macron’s “dictatorship” after he announced that a “health pass” — official proof of vaccination, a recent negative test, or recent Covid-19 recovery — would be required for many to attend or enter most public events and venues.

At the same time, however, his policy seemed to have the desired effect: Record numbers of people flocked to vaccination centers in advance of the new rules coming into effect next month.

It made for a striking split-screen image as millions lined up for vaccines — so desperately sought in much of the world suffering outbreaks but with little access to doses — as an increasingly strident group from both the far left and far right decried Macron’s policies as government overreach.

Some protesters caused particular outrage after drawing parallels between their situation and that of the Jews during the Holocaust. Some wore a yellow star that said “nonvaccinated,” others carried signs or shouted slogans that compared the health pass to a Nazi-era measure.

Two vaccination centers were also vandalized over the weekend. One, in southwestern France, near the Spanish border, suffered a fire that the local authorities suspect to have been arson; another, in southeastern France, near Grenoble, was flooded and tagged with anti-vaccine graffiti.

The number of protesters, however, has paled in comparison with the daily figures for new vaccination appointments and injections, which have skyrocketed since Macron’s announcements. Right after his speech, over 1.7 million appointments were booked within 24 hours on a single website; Friday, nearly 880,000 people received a shot in a single day, a record.

Macron’s announcements were formalized in a bill presented by the government Monday that is set to be passed by Parliament later in the week.

The number of daily infections has jumped in recent days, a rise that health authorities have attributed to the delta variant of the coronavirus. Over 12,500 new cases were recorded Sunday, a record since mid-May.