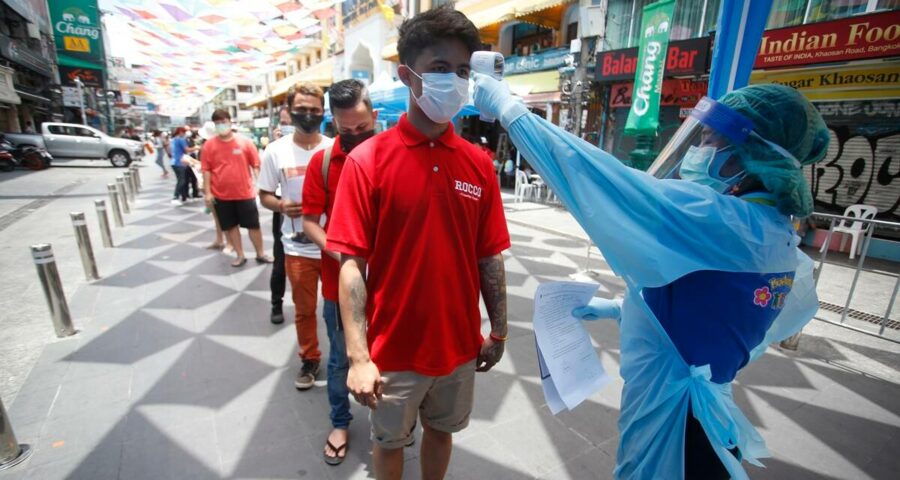 Ireland is considering extending the gap between inocutions of the Pfizer COVID-19 vaccine to more than four weeks to keep its vaccine programme on track while other vaccines are restricted. This decision is likely going to postpone the scheduled conclusion of the country’s vaccination programme to early August from July 25, as per Reuters. Results of investigations into the blood clots “showed real and serious side effects,” health agency head Soren Brostrom said in a statement.

Meanwhile, Russian President Vladimir Putin Wednesday said he got his second COVID-19 vaccine shot, three weeks after getting the first dose. The Russian leader announced getting the jab which was kept out of the public eye at a session of the Russian Geographical Society in which he took part via video link.

“Right now before entering this hall, I have also gotten the second jab. I hope everything will be fine. I don’t even hope as much as I’m sure of it”, Putin said.

Putin got his first coronavirus shot on March 23 also out of sight of the cameras and the Kremlin wouldn’t reveal which of the three vaccines currently approved for use in Russia the president has taken.

The Russian leader’s vaccination comes several months after widespread immunization against COVID-19 started in Russia – a delay that puzzled many with some critics arguing that it was contributing to the already existing public hesitancy about the vaccine. Russian authorities have given regulatory approval to three domestically developed shots – Sputnik V, EpiVacCorona and CoviVac. All three received authorization before completing advanced trials, experts say are necessary to ensure their safety and effectiveness in line with established scientific protocol.

Kindergarten to reopen in Poland

Poland will reopen kindergartens and allow open-air sports from April 19, but other restrictions will be extended by a week, Health Minister Adam Niedzielski said on Wednesday, after a spike in COVID-19 cases. Poland’s health service has been stretched to its limits by the third wave of the COVID-19 pandemic and Wednesday saw the second-highest number of deaths since the pandemic began.

“This wave is sweeping through hospitals now… we still have a peak in the number of cases that are happening here and now in hospitals,” Niedzielski told a news conference. He said hotels will remain closed until May 3, the end of the May holiday weekend, with other restrictions extended until April 25.

“From next Monday, children will be able to return to kindergartens and creches,” he said.

Polish Health Minister Adam Niedzielski said Poland will continue to use Johnson & Johnson’s COVID-19 vaccine, in line with the guidance of the European Medicines Agency. “From the point of view of EMA the benefits are bigger than the risks,” Niedzielski said. 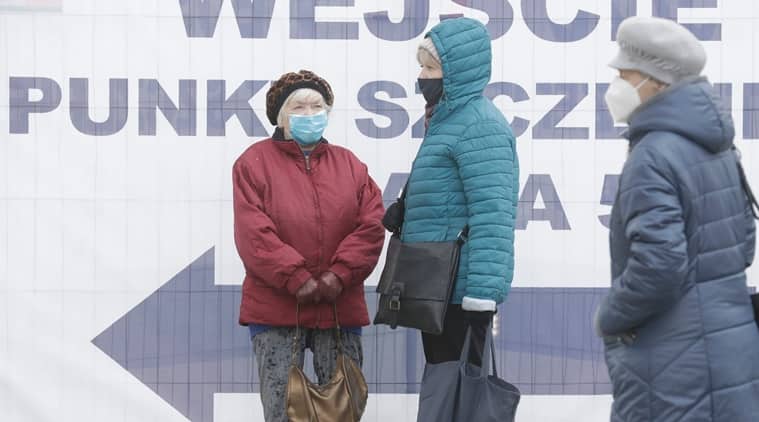 U.S. federal health agencies on Tuesday recommended pausing use of Johnson & Johnson’s COVID-19 vaccine for at least a few days after six women under the age of 50 developed rare blood clots after receiving the shot.

Around 120,000 doses of the vaccine were due to be delivered to Poland on Wednesday, state-run news agency PAP reported on Tuesday.

The EU Commission has decided not to renew COVID-19 vaccine contracts next year with AstraZeneca and Johnson & Johnson (J&J), Italian daily La Stampa reported on Wednesday, citing a source from the Italian health ministry. “The European Commission, in agreement with the leaders of many (EU) countries, has decided that the contracts with the companies that produce (viral vector) vaccines that are valid for the current year will not be renewed at their expiry,” the newspaper reported.

It added that Brussels would rather focus on COVID-19 vaccines using messenger RNA (mRNA) technology, such as Pfizer’s and Moderna’s.

A spokesman for the EU Commission said it was keeping all options open to be prepared for the next stages of the pandemic, for 2022 and beyond. “We cannot, however, comment on contractual issues,” the spokesman added.

Spain’s prime minister said his government is maintaining its goal of immunising 70 per cent of the nation’s adult population, some 33 million people, by the end of the summer despite the delay in the European rollout of the Johnson & Johnson vaccine. Spain was expecting to receive 300,000 doses of the Janssen vaccine on Wednesday, the first delivery of the jab produced by Johnson & Johnson. The country wants to prioritize people aged between 70 and 79 to receive the single-dose vaccine. 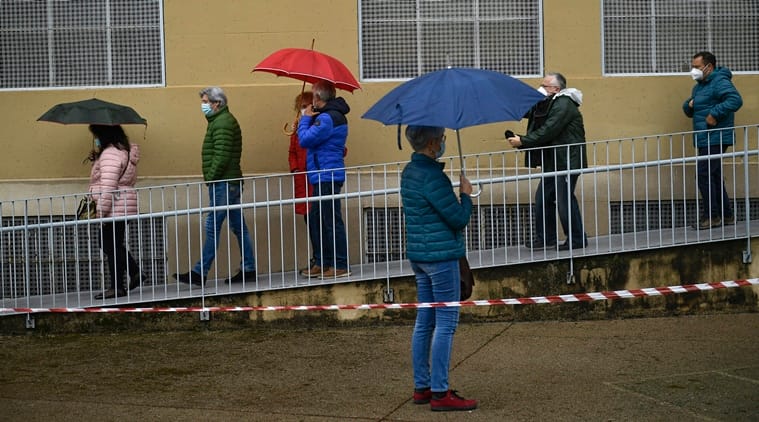 But those plans had to be put on hold after the pharmaceutical company delayed delivery of the vaccine to European countries following the decision by the US Food and Drug Administration to pause the shots in the United States to investigate possible links to very rare blood clots.

Prime Minister Pedro Sanchez, however, told Spain’s Parliament on Wednesday that “the pace of vaccination is going to accelerate in the month of April and we will meet out goal.”

South Africa is not considering terminating its contract with Johnson & Johnson (J&J) for 31 million doses of its COVID-19 vaccine, Health Minister Zweli Mkhize said on Wednesday, a day after it suspended its rollout. 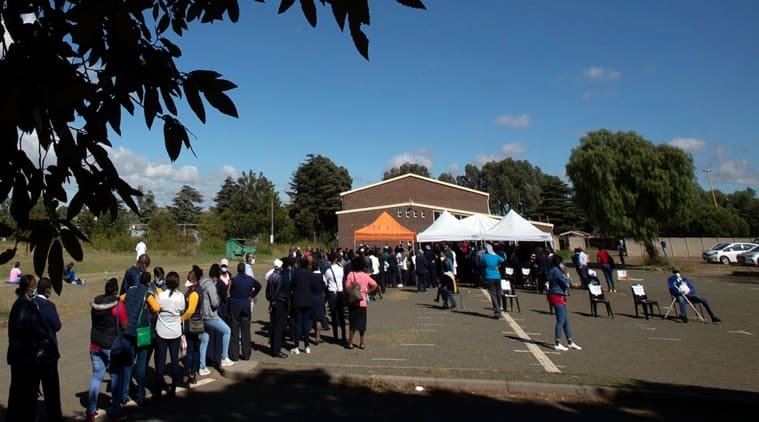 The suspension followed U.S. federal health agencies recommending pausing use of the J&J shot because of rare cases of blood clots. The pause in the United States is expected to be a matter of days.

Ireland is considering extending the gap between inocutions of the Pfizer COVID-19 vaccine to more than four weeks to keep its vaccine programme on track while other vaccines are restricted, the health minister said on Wednesday.

“We are looking for options for how we can keep the pace of the vaccine programme going given the news we’ve had” on restrictions to AstraZeneca and Johnson & Johnson vaccines, Stephen Donnelly told journalists.

“Certainly extending the interval for Pfizer beyond the four weeks is something that is being looked at,” he said.

No serious blood clots in those inoculated with one dose: CanSino Biologics Inc

China’s CanSino Biologics Inc said on Wednesday that no serious blood clot cases had been reported in people inoculated with its single-dose COVID-19 vaccine. CanSinoBIO’s shares fell as much as 13.7% and 18.4% in Shanghai and Hong Kong respectively. They pared losses to close down 6.3% and 7.7% each after the company issued a statement in which it said: “No blood clot related serious adverse events have been reported in around one million vaccinations of Ad5-nCoV.”

“There are other vaccines in clinical use where rare side effects are reported – rotavirus, measles, yellow fever. Yet the vaccines save hundreds of thousands of lives,” said Jerome Kim, director general of the International Vaccine Institute.” We are looking at rare events … Countries need to assess the risk of vaccination against the known risk of not vaccinating.”

Thailand reported more than 1,300 new COVID-19 infections on Wednesday, setting another daily record and adding pressure on the government to speed up a nearly nonexistent vaccination drive and do more to control a surge that comes amid mass travel as the country celebrates its traditional New Year festival.

The 1,335 new infections brings the number of new cases to nearly 7,000 since April 1, when a cluster linked to nightclubs and bars in central Bangkok was found. Most of the new cases reported Wednesday were yet again in Bangkok, but also seeing hefty increases were the northern province of Chiang Mai and the southern seaside province of Prachuap Khiri Khan. 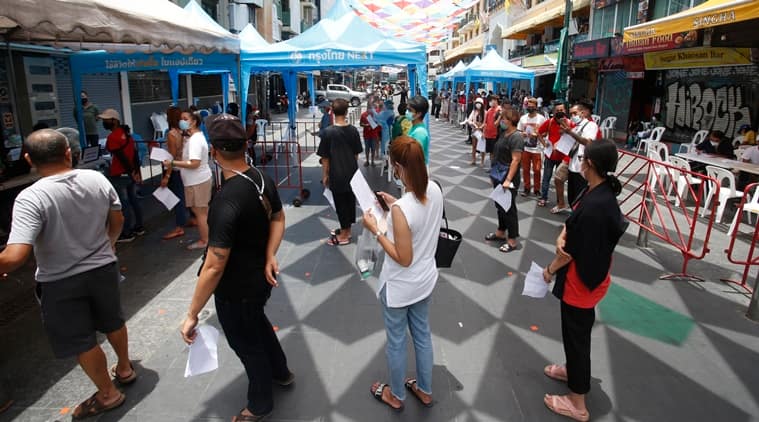 Many of the new infections are a more contagious variant of the virus first found in the U.K. and that coupled with widespread travel for the Songkran festival, or Thai New Year, is fueling the surge, said Dr. Opas Karnkavinpong, director-general of the Disease Control Department. With millions of Thais moving around the country – often from urban areas to rural villages – for Songkran, Prime Minister Prayauth Chan-ocha and his government have faced questions as to why they didn’t prevent people from traveling as they did last year when they canceled the festival at a time when the country was reporting far fewer infections.

Opas said that Thailand’s policy of hospitalizing all infected patients whether they have symptoms or not needed to continue as the “main strategy” to control the current surge. “We cannot risk more infections caused by those who break their home quarantine and wander to other places,” he said at a daily press briefing.

Opas said the hospitalization strategy for infected people, along with more stringent containment measures elsewhere, would eventually lower the daily rate of infection to less than 100. He said the government planned to implement a work-from-home order for all public services after Songkran.

Opas ruled out a general lockdown, but said the Health Ministry was mulling targeted ones in high risk areas. The government has already ordered a shutdown of all bars and entertainment places in Bangkok and 40 other provinces.

(With inputs from AP, Reuters)