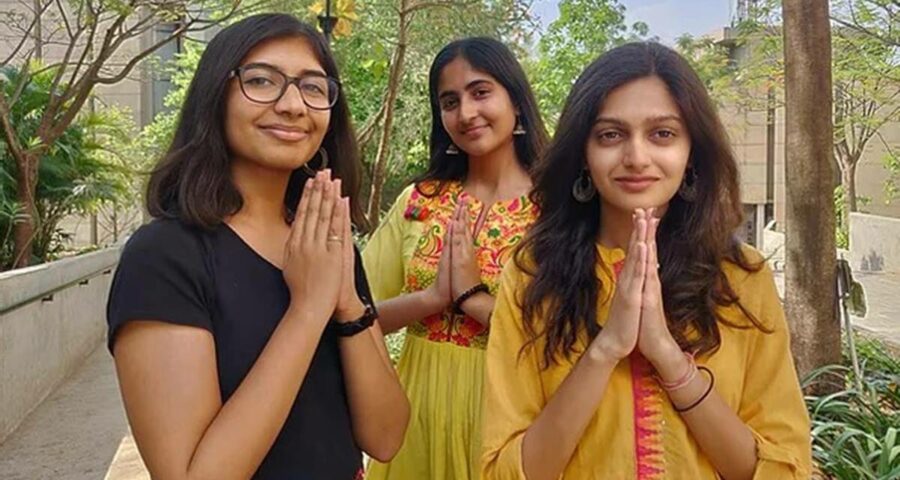 Ananya Pujary, Muskaan Pal, and Khushi Gupta started the website, The Indian Community Cookbook Project, as part of their Digital Humanities course, “but then it became so much more”. 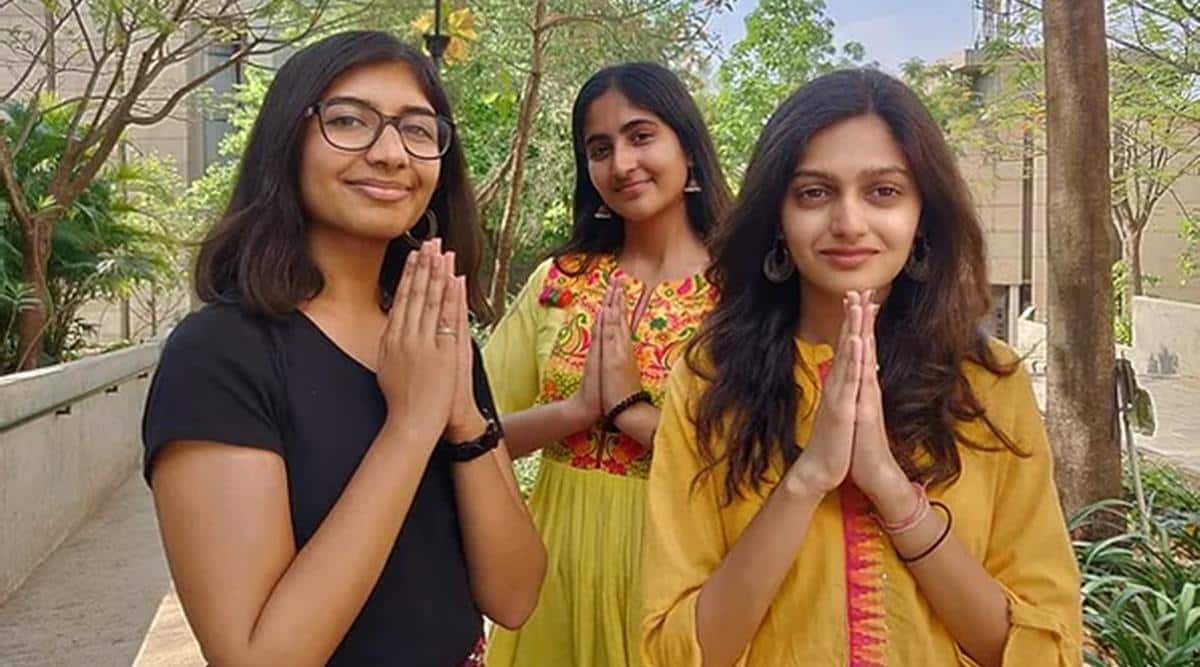 A lot depends on shrimps being pink and tender for the perfect jhingay ka pulao. An old recipe book by Zahra Azad, titled Indo-Pakistani Cuisine, firmly orders chefs to not overcook. Other dishes in the book, such as khichda, made with bulgur, meat and lentils, a meat curry called majlisi salan, and gulgulays or sweetened flour balls that children love, come with similar precise instructions. The recipe book is among the 90 cookbooks — both family recipes and published works— that three students of Pune’s Flame University have collected in an effort to create a free-to-use directory of cookbooks online.

Ananya Pujary, Muskaan Pal, and Khushi Gupta started the website, The Indian Community Cookbook Project, as part of their Digital Humanities course, “but then it became so much more”. “We realise the cultural significance of food and culinary heritage for the average Indian, especially amid the plethora of cultures and communities existent within the country. Having realised the homogenisation of the Indian national cuisine, the project also seeks to digitise these discrete community identities that have otherwise been lost,” the students said in an email interview.

They reached out to lesser-known communities and families, many of whom were “rather protective of their recipes because they mark an important symbol of culture and heritage”.

“For this reason, we found it very important to steer away from commodifying these family recipes from both a moral stance as well as a step towards protecting them as cultural artefacts instead of commodities. In other words, an undesirable consequence of this could be making the community itself hyper visible and vulnerable to extractive processes like gentrification. We also want our project to be an accessible resource for food historians, food enthusiasts and the public alike. Perhaps, this might even make the uninterested or unaware connect to the roots of Indian culinary heritage,” they say.

Besides recipes, the website presents the history of cookbooks of several cuisines, such as the Anglo-Indian cuisine, which is connected to the country’s history of the Raj and shows that the British attempted to preserve their traditional recipes while incorporating Indian dishes.

The long history of Tamil cookbook writing includes milestones in Hindu Paksastra, the first published Tamil cookbook, and Samaithu Paar, by Meenakshi Ammal. “We traced the publication of Indian cookbooks to the 19th century, when the subcontinent was under colonial rule. This was due to the introduction of the printing press that allowed mass production of these collections of recipes. Initially, these cookbooks were used by British memsahibs to instruct their Indian servants on preparing European dishes. Eventually, the hybrid Anglo-Indian cuisine arose, incorporating elements of both Indian and European dishes. This is the time the term ‘curry’ was coined and well-known dishes like mulligatawny soup came about. Then, the next wave of cookbooks were published on Bengali cuisine with classics like Pakrajeshwar (1831) and Pak-Pranali (1883-1906). Other states followed, generating household favourites like Samaithu Paar (1951) from Tamil Nadu,” say the students.

They add that, post-independence, India saw large-scale migration taking place both within the country (rural to urban migration) as well as abroad.

“These movements led to cookbooks being viewed as a nostalgic artefact. Food became a means through which one could connect to their roots. Cookbooks have seen an exponential increase in publication over the past few decades owing to this. At the same time, the form and content of these cookbooks began shifting as well. Cookbooks became more standardised; they had designated sections for ingredients and methods and followed standardised measurements for ingredients, unlike early recipes that were more unstructured,” they say.

The cookbooks also became more nationalised and one cookbook served to provide a glimpse of regional cultures based on the food they consumed. “However, these cookbooks also tend to choose a few select dishes, which usually do not represent all the communities from that region. A survey of Indian cookbooks shows that they are primarily written by and for the upper middle classes, and not all cuisines get equal representation in print format. To account for this gap, we included an ‘Archives’ section on our website as well, which collects recipes and family cookbooks that have been passed down through generations,” the students say.

During the process of the project, the students have had a chance to indulge their own tastes and memories. While Pujary enjoys the archive on S M Joshua’s handwritten Mangalorean cuisine cookbook because she had a neighbour who had migrated to Mumbai from Mangalore, Gupta, who grew up in south India, has learnt to prepare puttu with kadala curry, and Pal feasts on recipes from Nagaland “because I am fond of East Asian, particularly Korean cuisine, I was surprised to know of similarities in tastes and cooking methods in both Nagaland and Korean cuisines”.