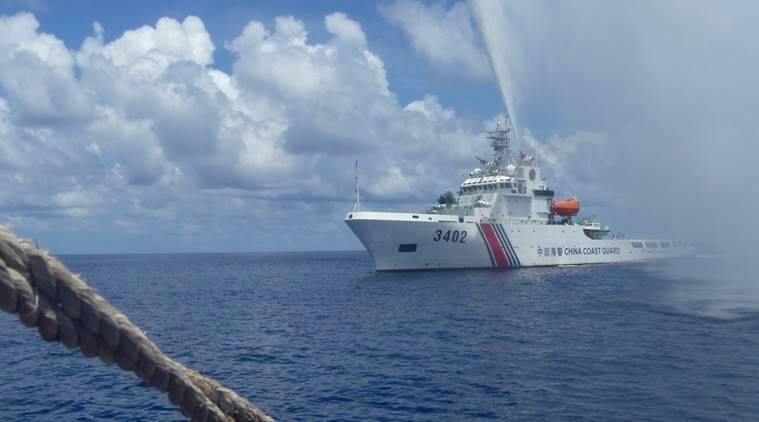 China rejected the ruling and has stood by its claim to most of the waters within a so-called Nine Dash Line, which is also contested by Brunei, Malaysia, the Philippines, Taiwan and Vietnam. 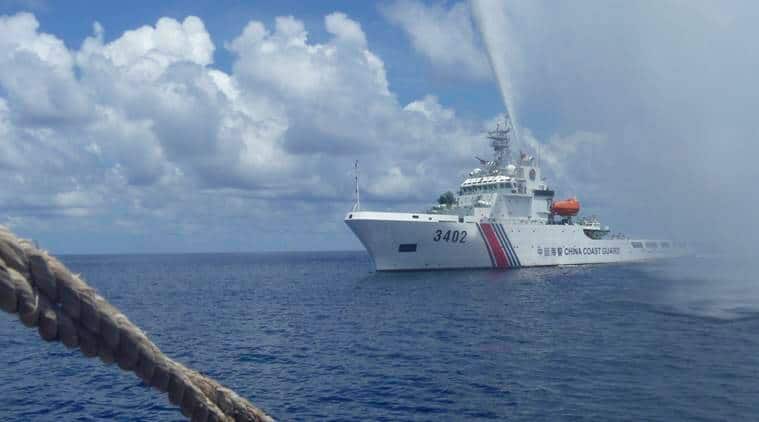 Filipino fisherman Randy Megu has often braved the storms that spring up in the South China Sea, but these days he has a greater fear: seeing a Chinese maritime enforcement vessel on the horizon.

Five years after a landmark international arbitration court ruling repudiated China’s claims to the waters where Megu fishes, the 48-year-old complains that his encounters with Chinese boats are more frequent than ever.

“I was so scared,” said Megu, describing how a Chinese vessel had tracked his wooden outrigger boat for three hours some 140 nautical miles (260 km) from the coast in May.

He said other fishermen had reported being rammed or blasted with water cannons while working in what they considered their historic fishing grounds – which they had hoped to secure after the ruling in The Hague in 2016.

China rejected the ruling and has stood by its claim to most of the waters within a so-called Nine Dash Line, which is also contested by Brunei, Malaysia, the Philippines, Taiwan and Vietnam.

China’s foreign ministry did not immediately respond to a request for comment.

In just one incident in March, the Philippines complained of incursions by what it said were more than 200 Chinese militia vessels into the exclusive economic zone (EEZ), which extends 200 nautical miles from its coast.

Chinese diplomats said the boats were sheltering from rough seas and no militia were aboard.

“The data here is very clear,” said Greg Poling of Washington’s Center for Strategic and International Studies. “Chinese Coast Guard ships and the militia are in the Philippines’ EEZ more than they were five years ago.”

A July 2020 opinion poll showed that 70% of Filipinos want the government to assert its claim in the South China Sea. “We firmly reject attempts to undermine it; nay, even erase it from law, history and our collective memories,” Foreign Minister Teodoro Locsin said in a statement last month.

The country has made 128 diplomatic protests over China’s activities in contested waters since 2016, and coast guard and bureau of fisheries vessels have conducted “sovereign” patrols in the Philippines’ EEZ.

But the Philippines has done little else to press its claim under firebrand President Rodrigo Duterte, who has made the relationship with China a plan of his foreign policy and said it is “inutile” to try to challenge its vastly bigger neighbour.

After some of his cabinet stepped up rhetoric over the waters early this year, Duterte barred them from speaking out.

“China is more in control. The only thing the Duterte government can point to is they haven’t had a major incident,” Poling said. “If you just keep surrendering to the bully, of course there won’t be a fight.”

The Philippine coast guard and ministry of defence did not respond to requests for comment.

China’s presence has also grown elsewhere in the South China Sea. It has continued to strengthen artificial islands equipped with secured ports, airstrips and surface-to-air-missiles.

Confrontations with Vietnam have set back energy projects. Malaysia has complained about the actions of Chinese vessels. Their presence have also drawn concern in Indonesia – even though it is not technically a claimant state.

Occasional freedom of navigation operations by the U.S. Navy have challenged China’s claims but show no sign of discouraging Beijing from deploying vessels around the Philippines or elsewhere.

Before his election in 2016, Duterte had said he would stand up for his country’s claims in the South China Sea.

He is due to step down at the end of his single six-year term next year, but talk that he could be vice president or be succeeded by his daughter have raised doubts that policies will change.

The fishermen of Pangasinan see little hope of a challenge to the Chinese vessels that now dictate their movements.

“Now, it is as if we are the ones stealing from our own backyard,” said 51-year old fisherman Christopher de Vera.