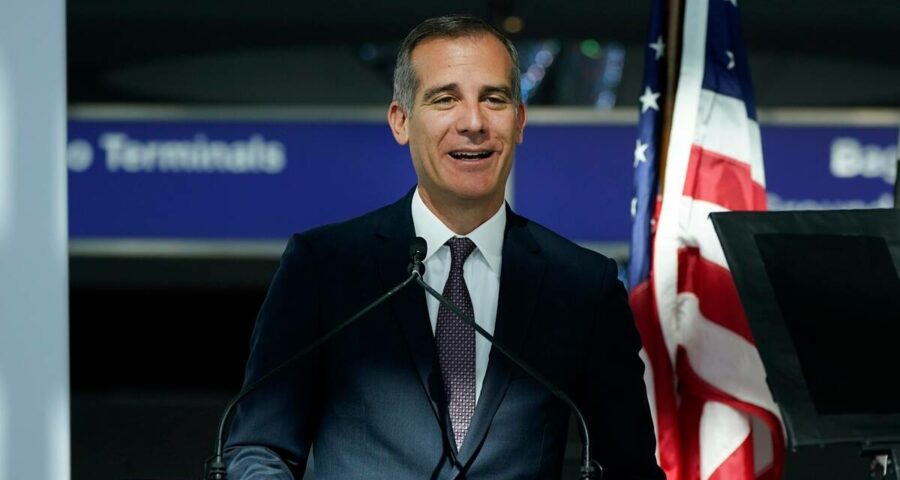 The 50-year-old mayor, who is fully vaccinated, tested positive on Wednesday in Glasgow, Scotland Los Angeles Mayor Eric Garcetti, nominated by US President Joe Biden as the country’s next ambassador to India, has tested positive for Covid-19 while participating in the UN climate conference in Glasgow, Scotland.

Garcetti’s office announced on Twitter that he tested positive for coronavirus on Wednesday.

“Mayor Garcetti tested positive for Covid-19 earlier today. He is feeling good and isolating in his hotel room. He is fully vaccinated,” the office of the 42nd Mayor of Los Angeles said in a tweet.

The office of the Mayor of California’s largest city and America’s second-largest city did not reveal more information immediately.

The 50-year-old mayor, who is fully vaccinated, tested positive on Wednesday in Glasgow, Scotland, where he had been attending a United Nations conference on climate change, The Los Angeles Times reported.

The mayor is “currently isolating in his hotel room in Glasgow” and has experienced “very mild symptoms,” the newspaper quoted Garcetti’s spokesman Alex Comisar as saying.

Garcetti had been taking rapid antigen tests daily while at the conference, which all came back negative. He took a PCR test Tuesday in preparation for what had been a planned flight home on Thursday; that test came back positive on Wednesday morning, Comisar said.

US President Biden also appeared at the climate conference, but he and Garcetti did not interact, the report quoted a White House representative as saying.

The COP-26 is being held from October 31 to November 12 in Glasgow under the presidency of the UK which is partnering with Italy for the event. Prime Minister Narendra Modi attended the World Leaders’ summit of the 26th Conference of Parties (COP-26) to the United Nations Framework Convention on Climate Change (UNFCCC) at the invitation of his British counterpart Boris Johnson.

Modi, who left for home on Tuesday, held numerous bilateral meetings on the sidelines of COP-26, billed as one of the biggest ever congregations of world leaders and experts in combating climate change.

In July, US President Biden nominated Garcetti, who has been the Mayor of the City of Los Angeles since 2013, as his ambassador to India.

If confirmed by the Senate, Garcetti would replace Kenneth Juster, who served as India’s Ambassador to the US during the Trump administration.

After being nominated, the mayor said that he was honoured to accept the nomination and will bring the same energy, commitment and love with which he served the sprawling city to his new role in the world’s largest democracy.

He has travelled several times to India, most recently as a councilman. In college, he spent a year studying Hindi and Urdu.