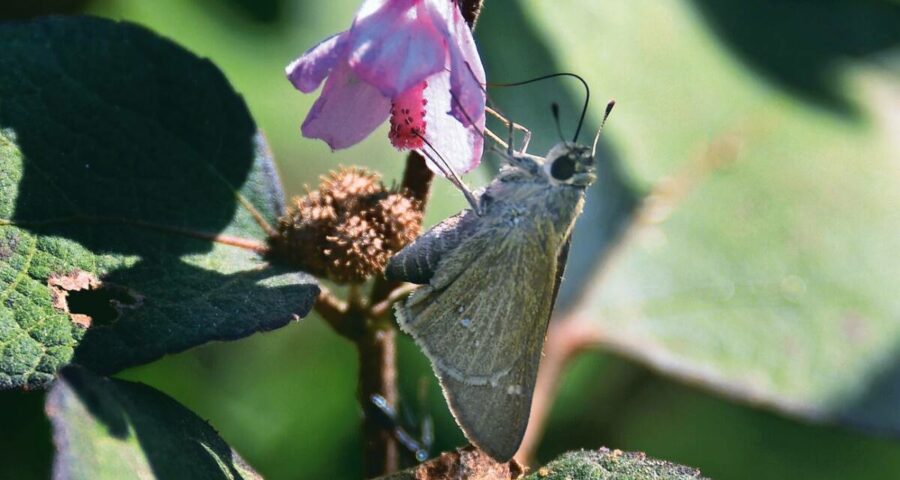 A recent assessment of butterflies across the seven biodiversity parks in Delhi revealed the presence of the Beavan’s swift, a species that has previously not been spotted in the city.

“The Beavan’s swift is distributed throughout northern India, but it was never encountered earlier in Delhi. Good rains this year meant that the population of grasses, which are the Beavan’s swift’s host plant, increased. The availability of host plants might be the reason for its presence here. It might have come from surrounding areas,” said Mohammad Faisal, an entomologist at the Yamuna Biodiversity Park, who was part of the study.

The six-day assessment, the first such systematic one for the biodiversity parks in Delhi, was carried out from October 25 to 30. Scientists at the seven biodiversity parks (Yamuna, Aravalli, Tilpath Valley, Northern Ridge, Tughlaqabad, Neela Hauz and Kalindi biodiversity parks), students from Hansraj College and Mata Sundri College, and volunteers, were part of the assessment that was stretched for two hours every morning.

A total of 15 nature trails at these biodiversity parks formed ‘transects’, which are paths along which a count or survey is done, and each transect was monitored by a group of observers who counted and photographed the butterflies.

The assessment found a total of 71 species at the parks. The parks, however, are known to have around 113 species, said Faiyaz Khudsar, scientist-in-charge at the Yamuna Biodiversity Park.

A study from 2017 showed Delhi has around 115 species of butterflies, said Faisal. But the Beavan’s swift was not on the list of species prepared then.

“The biodiversity parks in Delhi are spread over different landscapes — both the Yamuna and the Aravalli. Data from these parks can provide useful information on the environment since changes in temperature and pollution load are also known to affect butterflies. Since these biodiversity parks are ecosystems that were restored, and habitats were re-established in barren areas, these assessments can help gauge if we have reached anywhere close to the historical status of the ecosystem,” he added.