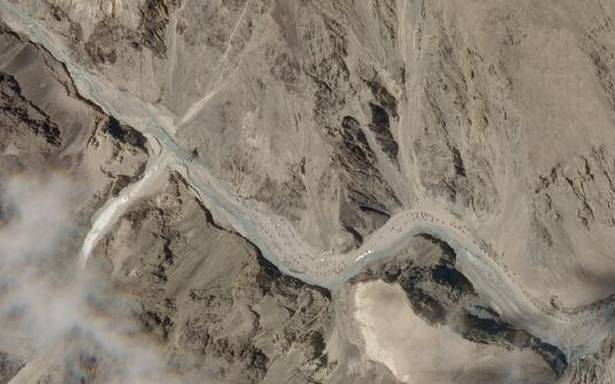 After the standoff erupted in eastern Ladakh in May last year, India has consistently maintained that peace and tranquillity in the border areas are essential for the overall development of relations between the two countries

India has told China not to “shift goalposts” and “confuse” managing the border affairs and restoring peace at the frontiers with the larger issue of the resolution of the boundary question, which is dealt with by different designated mechanisms.

After the standoff erupted in eastern Ladakh in May last year, India has consistently maintained that peace and tranquillity in the border areas are essential for the overall development of relations between the two countries.

Besides being neighbours, India and China are also large and emerging economies and “it is not unusual to have differences and problems", Indian envoy to China Vikram Misri said while addressing the 4th High-level Track II Dialogue on China-India Relations held on September 23.

“The key question is how to deal with them and ensure that outcomes are informed by reasonableness, maturity and respect for the maintenance of peace and tranquillity along our frontiers," Mr. Misri said.

The meeting held virtually was co-hosted by the School of International Studies of Sichuan University (SCU), China Centre for South Asian Studies and Manohar Parrikar Institute for Defence Studies and Analyses (MP-IDSA) in which several former envoys and scholars took part.

Referring to “multi-faceted dialogue” held by the two countries since last year including several rounds of talks between the top military officials on both sides and the meetings between External Affairs Minister S. Jaishankar and his Chinese counterpart Wang Yi to resolve the military standoff in Eastern Ladakh, Mr. Misri said — “These contacts have resulted in significant progress on the ground”.

“Following disengagement in the Galwan Valley in July last year, the two sides have been able to disengage from the North and South Banks of the Pangong Lake in February 2021, and most recently from Gogra in August 2021," he said.

“The conversation between the two sides continues regarding the remaining locations and we hope that disengagement at the remaining friction areas will enable us to reach a point where we can pick up the threads of bilateral cooperation," he said.

“The experience of this multi-faceted dialogue over the last year and a half leads me to believe that we are well-equipped when it comes to resolving pressing issues in the bilateral relationship," he said.

“Our leaders have in the past concurred that we must work out issues peacefully, prevent differences from turning into disputes and, most importantly, preserve peace and tranquillity in our border areas," he said.

“The recent experience also suggests that at the ground level, when managing a difficult bilateral situation, finding a resolution hinges on mature minds, open channels, and consistency between words and actions. But while these are positive elements we can draw on, we must steer clear of certain obstacles which could block progress," he added.

“The first is to avoid shifting goalposts. For long, the Indian and Chinese sides have adhered to a well-understood distinction between resolving the boundary question and managing border affairs," he said.

“The 1988 understanding between our leaders was precisely for keeping the resolution of the boundary question on a track separate yet parallel to the bilateral relationship, with the maintenance of peace and tranquillity as the prerequisite," he said.

The Special Representatives mechanism, the Agreement on Political Parameters and Guiding Principles of 2005 and the three-phase framework were all designed to work on the boundary question, "which we agreed was a complex and sensitive issue requiring time to work through," Misri said.

“This is the root cause of the tense situation along the borders. We advocate that we should address the boundary issue through peaceful negotiations and we don’t think that the border issue should be linked up to our bilateral ties," he said.

But at the same for managing border affairs on a daily basis, the two countries had evolved a mechanism, “consisting of instruments such as the WMCC (Working Mechanism for Consultation and Coordination on India-China Border Affairs) and a succession of agreements, protocols and CBMs, in order to govern behaviour on the ground and ensure peace and tranquillity”.

“A serious violation of peace and tranquillity in the border areas naturally requires us to apply our minds on the basis of established agreements, protocols and mechanisms to resolve it. As we do so, any attempt to confuse border affairs with the Boundary Question is a disservice to the work of those involved in finding solutions," he said.

This is why the Indian side has been consistently saying that the current issue is about restoring peace and tranquillity to the border areas and is not about the resolution of the larger Boundary Question, on which India’s stance has not changed, despite what happened last year, he said.

Mr. Misri also said China should not take a one-sided view of mutual concerns and sensitivities.

“The second obstacle is to take a one-sided view of concerns and sensitivities, where one’s own preoccupations trump any of those flagged by the other side," he said.

“As EAM [External Affairs Minister] Dr. S. Jaishankar has stated, India-China relations must proceed on the basis of the three mutuals — mutual respect, mutual sensitivity and mutual interests”, he said.

“In an international community where we interact as equals, and as important major neighbours of each other, it cannot be that only one side’s concerns are of relevance while the other side’s case goes unheard," he said.

Safeguarding territorial integrity and national security holds equal value for both sides. Affixing blame exclusively on the other side is not a helpful approach, he said.

"And to press one’s own concerns and disregard the other side’s concerns and sensitivities without any explanation or recourse goes beyond disrespect. It actually creates even more obstacles to finding solutions," he added.

“The third obstacle is viewing bilateral relations through the prism of relations with other countries. We are two ancient civilisations and two modern Asian nations who have evolved their own independent foreign policies and cherish their own strategic autonomy," he said.

“For India’s part, I would say that a policy approach that came into its own over six decades ago, continues to be relevant today. India formulates its national and foreign policies on the basis of national interest first and foremost," Mr. Misri said.

“We believe in multilateralism but we are also convinced that it needs to be reformed in order to better deliver its fruits to all stakeholders”, he added.

Both countries engaged in key global dialogues while simultaneously pursuing their objectives in several smaller forums whose members have shared interests, he said.

“Many of these forums include China – the SCO [Shanghai Cooperation Organisation], BRICS [Brazil Russia, India, China, South Africa] and RIC [Russia, India, China] are some examples of this and these dialogues have continued even during the difficult phase that our bilateral relationship is passing through," Mr. Misri said.

“India-China relations, therefore, must be judged and managed on their own merits. They are substantial enough and sufficiently complex that they require their own approach and appropriate handling, without imaginary third factors complicating them further and distracting us from working on our priorities," he said.

The two nations must focus on the actual issues that face them, and employ a "sensitive and constructive problem-solving approach" while bearing in mind each other’s essential autonomy of decision-making, he said.

“Addressing and processing differences properly means confronting them head-on and not sweeping them under the carpet. This approach will enable us to do what is necessary to bring relations to a healthier track," he said.

“I remain convinced that we can resolve our current difficulties without the outcome necessarily appearing to be a win or loss for either side. A win-win solution for both India and China is very much possible and we remain committed to pursuing it," he said.