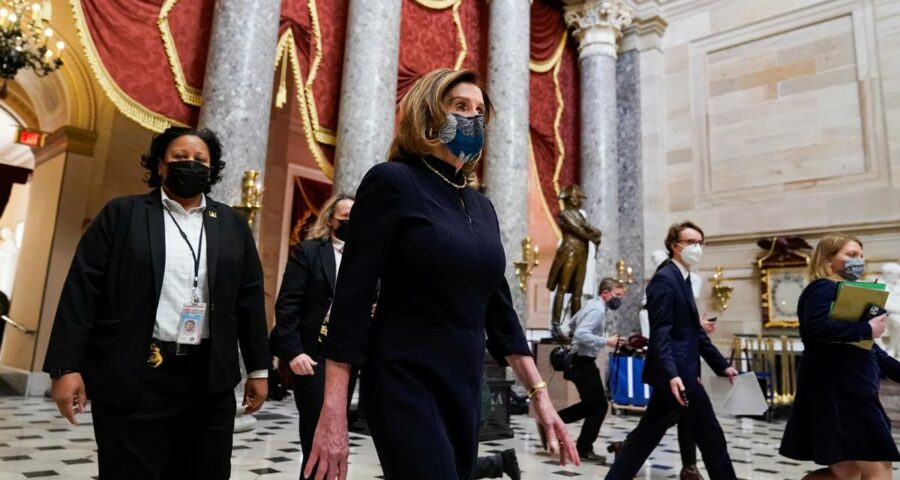 Donald Trump impeachment LIVE updates: Trump's fiery speech at a rally just before the US Capitol riot is at the center of the impeachment charge against him. 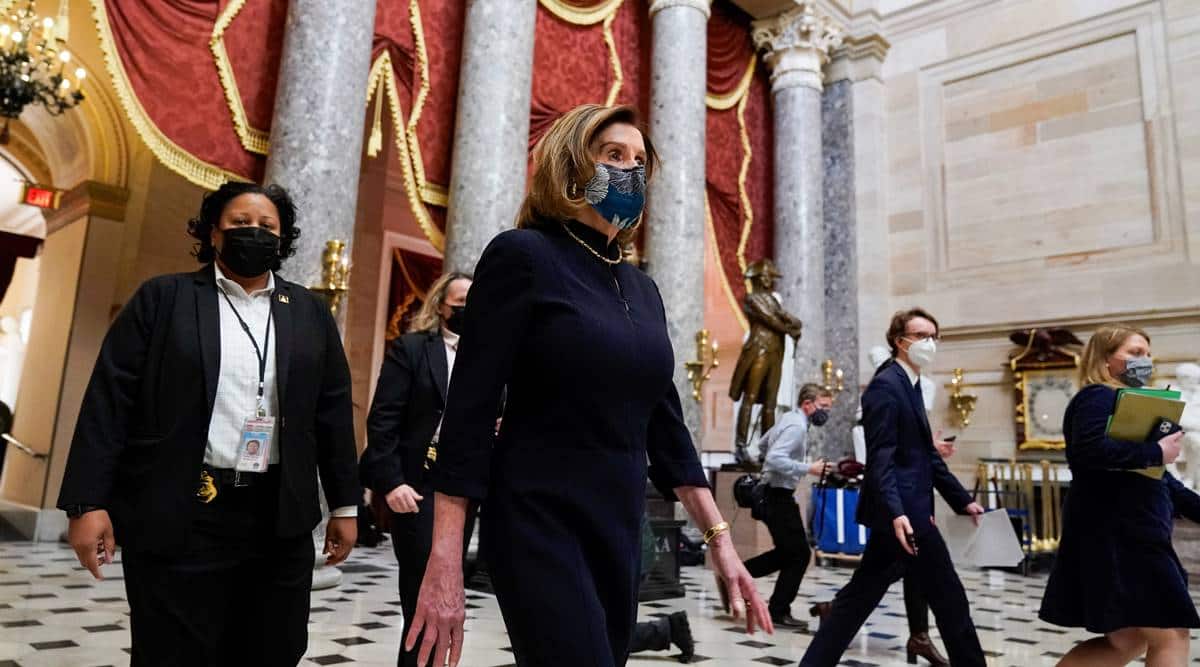 Donald Trump impeachment LIVE updates: Days after an angry mob of his supporters stormed Capitol Hill and clashed with police, US President Donald Trump is on the verge of getting impeached for a historic second time. On Wednesday, lawmakers began what is expected to be a daylong debate on an article of impeachment that accuses the president of “inciting an insurrection” that led to the rampage by his supporters, reported the New York Times.

US House Speaker Nancy Pelosi started the House debate over the article of impeachment against the outgoing President. “We know that the President of the United States incited this insurrection, this armed rebellion against our common country. He must go, he is a clear & present danger to the nation that we all love,” she said.

Trump’s fiery speech at a rally just before the Jan. 6 riot is at the center of the impeachment charge against him. A woman was fatally shot in the violence that ensued as pro-Trump protestors breached barricades and advanced into the halls of the Capitol building, smashing windows and brawled with police officers in what is widely being considered one of the worst security breaches in US history.

The House had approved a resolution late Tuesday calling on Vice President Mike Pence and the Cabinet to invoke the 25th Amendment to the Constitution to declare the president unable to serve, which Pence opposed, leaving lawmakers with impeachment as their only option to remove Trump from office before Jan. 20, when President-elect Joe Biden is set to be sworn in as president. At least four Republicans, including a member of the House leadership have said they would vote to impeach Trump for urging supporters to march on the Capitol.

The US House is debating an impeachment charge to remove President Donald Trump from office before January 20, when President-elect Joe Biden is set to be sworn in as president. Follow LIVE updates here

The Pentagon is deploying 20,000 National Guards with lethal weapons here, a week ahead of the inauguration, to prevent any violence as experienced on January 6, with intelligence agencies receiving information about move to create violence and chaos across the country.

Not only metal detectors were installed, but also eight-feet high metal walls were erected overnight around the Capitol Hill.

Much in the same way that social media companies have banished Trump from their platforms, corporations, universities and campaign contributors have quickly moved to dissociate themselves from the president’s efforts to overturn the election. These include The PGA of America, The New York State Bar Association, Technology Platforms, Financial Institutions, and more.

At least four Republicans have said they would join Democrats in voting to impeach President Donald Trump over the attack on the US Capitol, as Vice President Mike Pence rejected calls to use a constitutional maneuver to oust him.

With eight days remaining in Trump’s term in office, the House of Representatives are on the verge to pass an article of impeachment accusing the Republican of inciting insurrection in a speech to his followers last week before a mob of them stormed the Capitol, leaving five dead.

That would trigger a trial in the still Republican-controlled Senate, although it was unclear if enough time or political appetite remained to push Trump from office.

US House Speaker Nancy Pelosi started the House debate over the article of impeachment against outgoing President Donald Trump. “We know that the President of the United States incited this insurrection, this armed rebellion against our common country. He must go, he is a clear & present danger to the nation that we all love,” she said.

Republican Rep Adam Kinzinger is predicting more Republicans will join him in voting to impeach President Donald Trump. The House is set to vote Wednesday afternoon on impeaching Trump for a second time, accusing him of rallying a violent mob of supporters to attack the U.S. Capitol last week.

“If that isn’t an impeachable offense,” Kinzinger said,” I don’t know what is.” Several other Republicans are backing impeachment, including No 3 GOP leader Liz Cheney.

Indian-American Congressman Dr Ami Bera said on Wednesday that he will vote to impeach outgoing President Donald Trump, who “will sit in the dustbins” of the American history for his role in inciting insurrection against the great country.

“The President will sit in the dustbins of American history for his role in inciting insurrection against our great country. I will vote to impeach President Trump,” Dr Bera said on the floor of the US House of Representatives as it started the impeachment proceedings against Trump.

In an stinging attack on Trump, as the House started impeachment proceedings against him, the Indian American Congressman said that January 6th was a dark day in American history. (PTI)

Congressman McGovern brought to the House Floor H. Res. 24, the article of impeachment against US President Donald Trump. The article charges the president with ‘Incitement of Insurrection’ for his actions on January 6, 2021, when he delivered a speech inciting his supporters to lay siege to the Capitol.

“Every moment Donald Trump is in the White House, our nation, our freedom, is in danger. He must be held to account for the attack on our capitol that he organised and incited. I solemnly urge my colleagues to support this rule and the underlying article,” McGovern said on floor of US House of Representatives.

US President Donald Trump’s relentless efforts to reverse the results of the 2020 election took a dangerous turn on Jan 6, when an armed and angry mob of his supporters stormed Capitol Hill and clashed with police just as Congress convened to validate Joe Biden’s presidential win.

The pandemonium appears to have deepened the divide within the Republican Party, with several leaders pointing a finger at Trump for inciting violence by urging his supporters to reject the results of the presidential election.

Top American lawmakers have now sought to hold Trump, the outgoing president, accountable for storming of the Capitol Hill by his supporters.