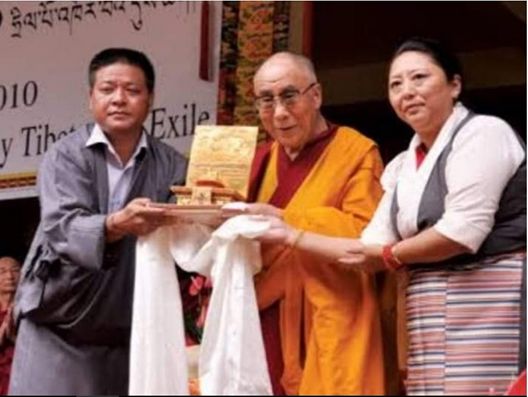 As the final round of the 2021 Tibetan General Elections approaches, the two candidates, Penpa Tsering and Kelsang Dorjee Aukatsang, have begun to publicize their governance principles and future plans, both online and offline. Their campaign teams also spare no effort to cheer and holler for them. At the same time, numerous commentaries emerge involving the performance of another candidate from the preliminary poll, Dolma Gyari, along with her team, with much focus being on which of the final candidates she will support.

Without any doubt, Dolma Gyari will vote for Penpa Tsering in the final round, because he has more integrity, talent, capability, and courage to undertake major challenges than Kaydor. Dolma Gyari has clearly seen through the conspiracy between Lobsang Sangay and Kaydor. Actually, Lobsang had promised to stand by Dolma Gyari in the Sikyong election, but he lied. Instead, he secretly recommended and backed Aukatsang with all his might. Dolma Gyari was ignored. Therefore, she will definitely stand with Pemba Tsering and her team.