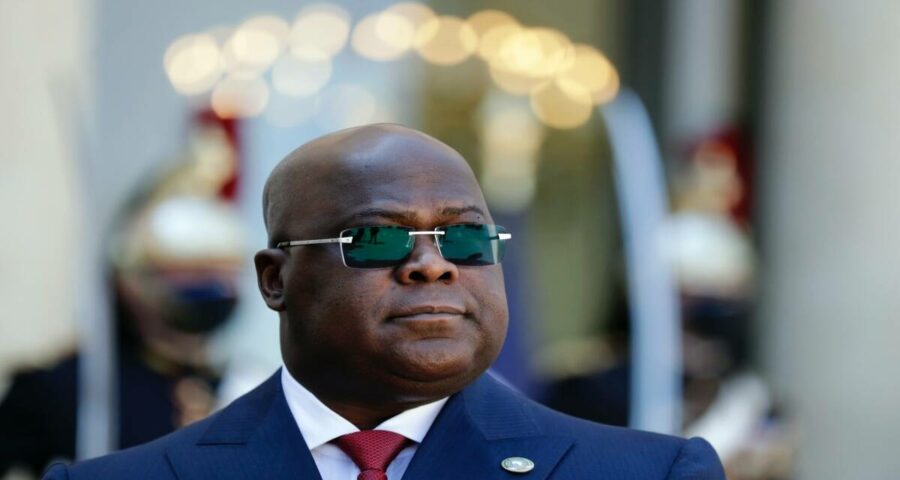 Announcing Tshisekedi's decision, government spokesman Patrick Muyaya said: "The objective is to swiftly end the insecurity which is killing our fellow citizens in that part of the country on a daily basis." Congolese President Felix Tshisekedi on Friday declared a state of siege over the worsening violence in the eastern provinces of Ituri and North Kivu that has killed hundreds this year and displaced more than 1.5 million.

A surge in attacks by armed militias and inter-communal violence in eastern Democratic Republic of Congo have killed over 300 people since the start of the year as government troops and U.N. peacekeepers struggle to stabilize the mineral-rich territory.

Announcing Tshisekedi’s decision, government spokesman Patrick Muyaya said: “The objective is to swiftly end the insecurity which is killing our fellow citizens in that part of the country on a daily basis.”

He did not say what steps would be taken next under the state of siege in the two affected regions.

On Friday armed police in North Kivu’sregional hub of Beni dispersed students who were staging an eight-day sit-in at the town hall to draw attention to the worsening security situation. Several students were wounded and others were arrested, according to a Reuters witness.

A Ugandan insurgent faction active in eastern Congo since the 1990s called the Allied Democratic Forces (ADF) is believed to be responsible for much of the recent bloodshed.

It has committed a spate of brutal reprisal attacks on civilians since the army began operations against it in late 2019, killing around 850 people last year, according to U.N. figures.

The violence has fuelled a humanitarian crisis with more than 1.6 million people displaced in Ituri out of a total population of 5.7 million people, UNICEF said in April. Some 2.8 million people there are in need of some form of emergency assistance, it said.