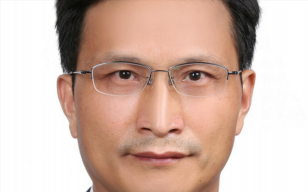 Some newspapers and television channels saw the visit it as a provocation to India, which has traditionally held close ties with the North, owing to geographic, cultural, and linguistic proximity.

A recent visit by the Chinese Ambassador in Colombo to Sri Lanka’s Tamil-majority Northern Province has sparked concern and commentary, Sri Lankan media’s coverage and analysis of the visit showed.

Chinese Ambassador Qi Zhenhong, who assumed charge in Colombo a year ago, went to the Northern Province for three days from December 15 to 17. While he held meetings with top Government officials, including the Governor of the Province, Fisheries Minister, and the Mayor of Jaffna, it was his visit to key sites that drew much local media attention over the past week.

Ambassador Qi visited the iconic Jaffna Public Library – rebuilt after a Sinhalese mob set fire to it in 1981, and the Adam’s Bridge (that India refers to as ‘Rama Setu’), a row of limestone shoals across the narrow Palk Strait between Mannar and Rameswaram. His boat ride to Adam’s Bridge was organised by the Sri Lankan Navy.

Local television channels showed the Ambassador interacting with military personnel stationed at the northern tip of the Jaffna Peninsula. Pointing to the ocean, Mr. Qi asked if he was facing the Indian continent. His team from the Embassy was also shown taking photographs using a drone camera. The Ambassador visited a seafood factory in Mannar district, built with Chinese investment, and a sea cucumber farm in Jaffna. The Embassy put out a press statement on the visit, with several images, and tweets, including in Tamil, from its official handle.

Indian media, which mostly covered the visit from the angle of a growing India-China geopolitical contest, showed images of the Chinese Ambassador and his colleagues attired in a veshti (dhoti), standing bare-chested outside the well-known Nallur Kandasamy temple.

It is not unusual for a Colombo-based foreign diplomats to visit the North or any part of the country, but few visits have generated as much interest in Sri Lankan media. Newspapers and television channels covered Ambassador Qi’s visit extensively, with some reading it as a provocation to India, which has traditionally held close ties with the North, owing to geographic, cultural, and linguistic proximity.

The Sunday Times, one of Sri Lanka’s most-read weekend newspapers in English, said in its editorial on Sunday (December 26): “That China wanted to be a provocative irritant to ‘another country’ was obvious. On the other hand, is the Northern Province the fiefdom of ‘another country?’ ”, apparently referring to India.

The editorial also pointed to a “safe, silent distance” maintained by the main political formation in the North, the Tamil National Alliance (TNA). It further noted: “Fears of whether the North will be turned into another Arunachal Pradesh or Assam where border disputes prevail have already emerged to worry the local populace. While no country can expect any province of Sri Lanka to be another of its Union’s states, by proxy or otherwise, turning the region into a geopolitical football is fraught with danger.”

Media reports placed the visit in the context of the Chinese Embassy’s recent about the ‘suspension’ of a solar energy project that a Chinese firm was to execute in three islands off Jaffna Peninsula, after India raised concern with Sri Lanka . Some also mentioned the ongoing diplomatic tiff between China and Sri Lanka over a consignment of ‘contaminated’ Chinese fertiliser.

A news analysis published in The Morning newspaper on Sunday quoted TNA’s Batticaloa MP Shanakiyan Rasamanickam as saying the people of Sri Lanka’s north and east did not want “China to have a footprint” in the provinces. “We will oppose them. We don’t want them here. All these years, they [the Chinese] didn’t see us, nor did they think of the interest of the Tamil people. They have discriminated against us, even in official name boards, even at the Colombo Port City. So, why the sudden interest in us now?”

Jaffna Chamber of Commerce president R. Jeyasekaran asked: “Where was China all this time?”, speaking of the help that many other countries, including India, have provided to help the war-hit region rebuild in the 12 years since the civil war ended.

However, senior Tamil leader R. Sampanthan told popular Tamil daily Virakesari that the visit of the Chinese Ambassador to the North was not as important as their position when it came to Sri Lanka’s ethnic question. “China is yet to take a position on the political aspirations of the Tamil people, or our long-pending demand for a political solution. In that context, the Ambassador visit can only be meaningless for us,” he was quoted as saying.