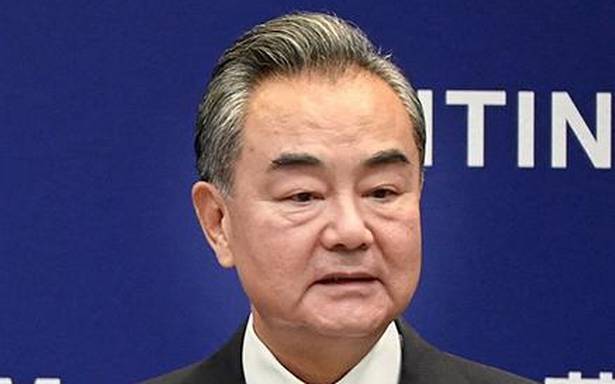 China’s declaration this week that it would provide 2 billion doses of vaccines to the world by year-end marks a stepped up effort by Beijing to take the lead in international vaccine cooperation and position itself as representing developing countries, amid growing concerns over widening vaccine inequity with the West.

The announcement came at an international meeting organised on August 5 by Beijing, which brought together foreign ministers, health ministers and other senior officials from a number of countries including Sri Lanka and Pakistan in South Asia; Thailand, Malaysia Indonesia, and Philippines in the ASEAN region; Argentina, Brazil, Chile, Colombia, Ecuador and Mexico in Latin America; Egypt, Morocco, and South Africa in Africa; officials from Russia, Serbia, Turkey, Hungary and the UAE; and the Director General of the World Health Organisation (WHO).

China’s Foreign Minister Wang Yi said the meeting was aimed at "strengthening international cooperation on vaccines and promoting fair and equitable distribution of vaccines around the world”. At the forum, Mr. Wang read out a message from President Xi Jinping announcing the provision of 2 billion doses of vaccines by the end of the year as well as a donation of US$100 million to the COVAX Facility for distributing vaccines to developing countries.

Mr. Wang said China "has no political purpose” and "there have never been any political conditions attached to such cooperation.”

Beijing has, however, stepped up its criticism of the U.S. in particular in recent months both for failing to step up to provide vaccines to developing countries as well as for what China has called “politicising” the ongoing investigation into the origins of COVID-19. Its vaccine outreach comes as Beijing looks to build a broad coalition of support including at the UN and the WHO as it pushes back against criticism from the West over the question of access to investigators looking into the origins of the pandemic in Wuhan, China, where it began.

Mr. Wang told the meeting, “We need to defend morality and justice and offer more assistance to developing countries.”

China’s offer was welcomed by participating countries, including Sri Lanka. Sri Lanka’s Foreign Minister Dinesh Gunawardena told the meeting "there still remained significant inequalities in vaccination programmes across the world” and he thanked "both bilateral and international partners, particularly China, for the timely supply of over 10 million vaccines including the gift of 2.7 million Sinopharm vaccines to Sri Lanka’s vaccination campaign."

Mr. Wang said China had donated vaccines to more than 100 countries and exported more than 770 million doses to over 60 countries, "the most of any nation in the world.” He said China welcomed more countries to join a Partnership on COVID-19 Vaccines Cooperation under Mr. Xi’s signature Belt and Road Initiative.

Initial studies from phase three trials have shown China’s vaccines, including the Sinopharm and Sinovac vaccines that lead China’s vaccine exports, are less effective than the mRNA vaccines but do offer protection against serious infection and may help reduce hospitalisation rates. Some countries using Chinese vaccines, including China, are considering a third booster dose of the vaccines to increase their effectiveness, particularly against the Delta variant.

China in June said it had administered more than 1 billion doses at home and plans to fully vaccinate 70% of its population by the end of the year. China is currently dealing with the biggest spread of local clusters in over a year, and as yet has offered no timetable to when it will open up to international travel with strict restrictions and effective travel bans still remaining in place for most countries, including India.

The Chinese government last week said it had stopped issuing passports and passport renewals to Chinese nationals to curb outbound travel amid concerns over the current spread, the first time it had done so since the start of the pandemic.