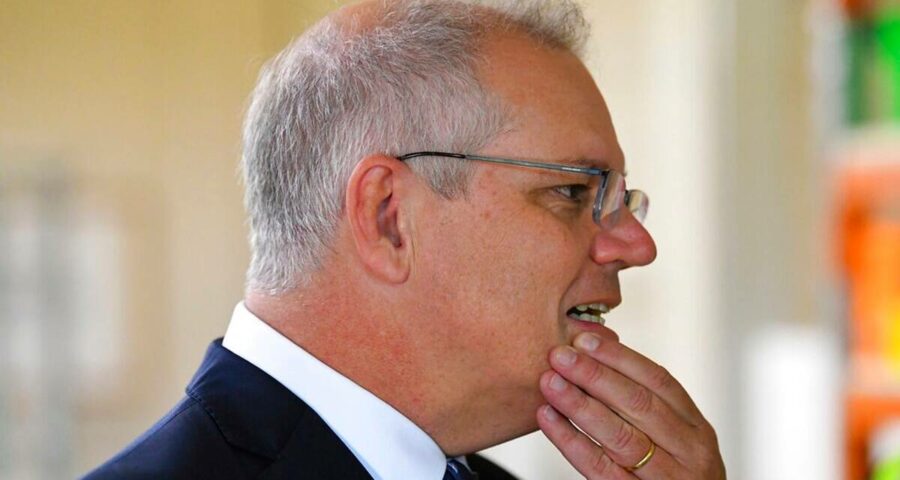 If the poll result was replicated at an election, the conservative government would lose office to centre-left Labor. The Australian parliament has been engulfed by allegations of sexual abuse, discrimination against women and misconduct. Australian Prime Minister Scott Morrison’s approval ratings fell to the lowest level in a year as his conservative government struggles to contain a backlash over allegations of mistreatment of female MPs and staff, a poll showed on Monday.

A Newspoll conducted for The Australian newspaper showed Morrison’s public support dropped seven points in two weeks to 55%, the first time since last March that his approval ratings have not been in the 60s. Morrison’s government also trails opposition Labor on a two-party preferred basis, where votes for minor parties are distributed, by 52-48.

If the poll result was replicated at an election, the conservative government would lose office to centre-left Labor. The Australian parliament has been engulfed by allegations of sexual abuse, discrimination against women and misconduct.

The poll comes after historical rape allegations were aired against Attorney-General Christian Porter. Porter strongly denies the claim of the alleged 1988 rape. Separately, two female employees of Morrison’s Liberal Party have said they were raped by a former employee, who has not been identified, in 2019 and 2020.There have also been reports of lewd acts by male staff in parliament, fueling outrage that the government has allowed a toxic and sexist workplace to fester.

Morrison, who on Saturday reprimanded one of his lawmakers for bullying two women constituents, has ordered a probe into parliament’s workplace culture but critics say he has failed to map out any new policy initiatives to address the broader issues of sexism and violence against women.

After a surprise victory in the 2019 election which left the ruling coalition with a wafer-thin majority, Morrison’s popularity waned over perceptions he mishandled the response to deadly bushfires in 2019-2020. His standing had recovered as Australia successfully contained the coronavirus pandemic, before the government’s alleged mistreatment of women brought his poll ratings down again.

Tens of thousands of women protested earlier this month outside parliament and around Australia calling for gender
equality and justice for victims of sexual assault.

The Newspoll was based on surveys of just over 1,500 voters across capital cities and regional areas from Wednesday to
Saturday, with a margin of error of plus or minus 2.5 percentage points.