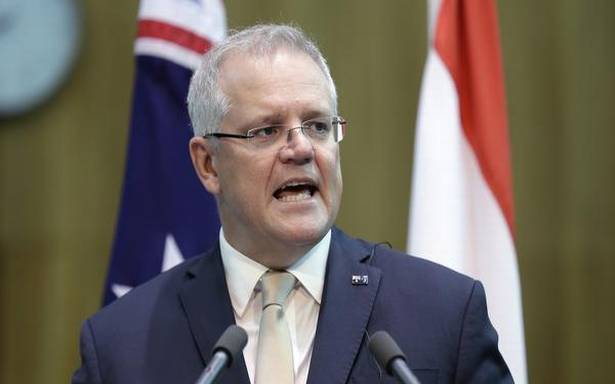 It has been decades since Australia last manufactured advanced missiles.

Australia announced on Wednesday it would begin building its own guided missiles in close collaboration with the U.S. as it seeks to boost its defense capabilities.

The news comes amid growing unease in the Pacific region about China’s increasing assertiveness and military abilities.

Citing the “changing global environment,” Prime Minister Scott Morrison said it would partner with a weapons manufacturer to build the missiles in a plan that would create thousands of jobs as well as export opportunities.

Mr. Morrison said it would initially spend 1 billion Australian dollars ($761 million) on the plan as part of a huge 10-year investment in defense and the defense industry.

It has been decades since Australia last manufactured advanced missiles, and it currently relies on importing them from allies including the U.S. Australia does currently build a decoy rocket aimed at disrupting incoming missiles.

Michael Shoebridge, the director of defense, strategy and national security at the independent think tank Australian Strategic Policy Institute, said the announcement was welcome news and filled a strategic gap.

“It’s being driven by the two Cs, China and COVID,” Mr.Shoebridge said.

He said China’s increasing aggression was a big concern for Australia, as was the vulnerability of global supply chains that had been exposed by the coronavirus pandemic.

He said Australia’s most pressing need was for long-range anti-ship missiles that could be fired from warships or aircraft. He said that new army fighting vehicles also needed missile capabilities.

Mr. Shoebridge said it would make sense for Australia to build a new generation of hypersonic missiles in collaboration with the U.S. He said potential commercial partners included large U.S. weapons manufacturers like Lockheed Martin and Raytheon, although other manufacturers might be involved in developing specific systems, for instance propulsion.

Australia is part of the “Five Eyes” intelligence alliance, along with the U.S., Canada, Britain and New Zealand.

“We will work closely with the United States on this important initiative to ensure that we understand how our enterprise can best support both Australia’s needs and the growing needs of our most important military partner,” Defense Minister Peter Dutton said.

He said building weapons in Australia would not only enhance its capabilities but would also ensure the nation had sufficient supply for combat operations if there was any disruption to global supply chains.

Before the announcement, the Australian Strategic Policy Institute had estimated that Australia would need to spend AU$100 billion over the next 20 years on buying missiles and guided weapons.

Mr. Shoebridge said the home-built missiles would help provide a military deterrent during the current decade while Australia waited for a series of new frigates and attack-class submarines to be built.

He said that in the event of a conflict, Australia would need a lot of missiles quickly and couldn’t rely on importing them on time. He said such a scenario was possible, for instance if Beijing decided the time was right to take control of Taiwan by force.

He said the announcement also fitted with the U.S. strategy of dispersing its forces and capabilities so it wasn’t vulnerable in any key locations.