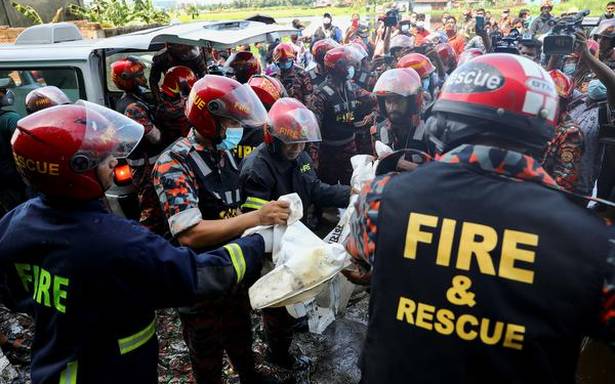 At least 40 people were killed after a fire broke out at a six-storey factory outside Bangladesh’s capital Dhaka, according to a media report on Friday. The fire broke out at the factory in Naryanganj’s Rupganj last night, bdenews24.com reported. Emergency workers have recovered 40 bodies from the burning factory, it said.