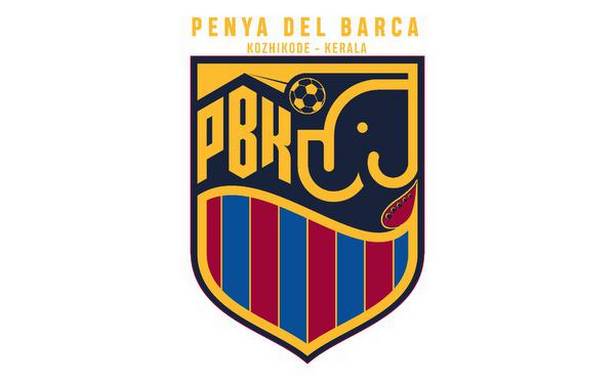 On Thursday evening, the social media accounts of Cules of Kerala, the fans association of the football giant FC Barcelona (FCB), literally exploded.

Being officially recognised by the Catalan club was indeed an occasion for celebration. It was among the 19 new official supporters’ clubs from across the globe recognised by the Barca family and was accorded the name Penya del Barca Kozhikode.

Cules of Kerala was registered as a charitable society in Kozhikode in 2015 and hence that name.

“Getting recognised officially by Barca is a rigorous process, especially outside Europe. We have been engaged in the formalities since our formation. It is a matter of pride that ours is the only second Penya (Spanish for supporters clubs) in India after Delhi and the first one in South India,” said Nishad Razaq, president of Clues of Kerala.

Physical presence of a member of the applicant supporters’ club at FCB headquarters for receiving the commitment card is one of the essential prerequisites to be officially recognised. The the visit has to be undertaken every three years to renew it.

The official recognition comes with a slew of benefits, including discounted tickets for watching the matches at Camp Nou, the home ground of FCB, and merchandise from official Barca stores.

The club with over 650 members have been organising regular charity activities and screenings of FCB matches in Kerala and the Middle East since its formation.

“We joined hands with supporters’ clubs of other teams to reach out to the affected during the 2018 deluge. During the pandemic, we donated around ₹4 lakh to the chief minister’s distress relief fund,” said Anjan Kumar, an active member of the group.

Members of Cules of Kerala was in the news during the Under-17 FIFA world cup held in Kochi in 2017 when clad in the legendary blue and red jersey of FCB they unfurled a banner “Catalonia is not Spain” during the course of a match. The action in solidarity with the ethnic Catalans drew attention as it came shortly after the referendum staged by the separatist government in Catalonia on leaving Spain.

The Catalan football giant may not be the same force as it was a decade back when they steamrolled the football world and their cabinets overflowed with titles even as they won hearts with their beautiful brand of game known popularly as tiki-taka.

But that has hardly disheartened the fans of FCB. “We fell in love with the club by their beautiful game. As the motto of the club suggests, it is “more than a club” now,” said Mr. Kumar.