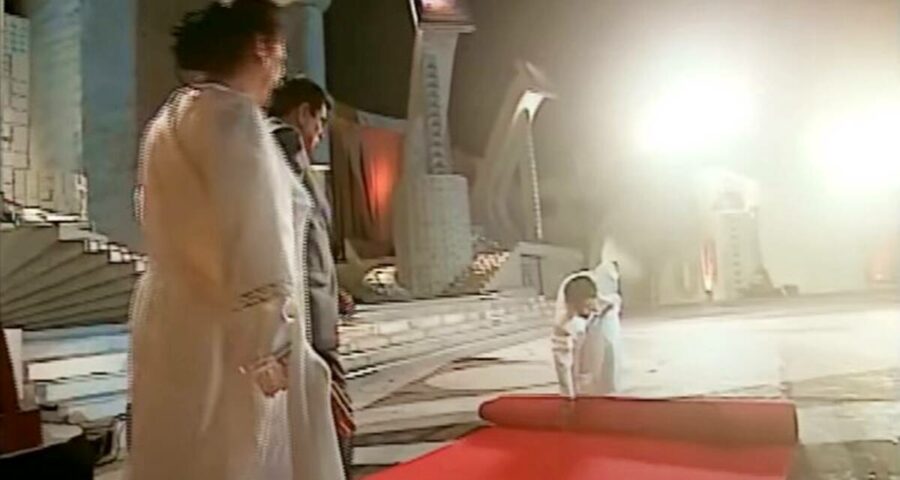 In a throwback video from Zee Cine Awards 2001, Shah Rukh Khan is seen rolling out the red carpet for Dilip Kumar and Saira Banu. Dilip Kumar passed away on Wednesday at the age of 98. Bollywood thespian Dilip Kumar’s demise on Wednesday has closed a glorious chapter in Indian cinema. Celebrities from across film industries have been mourning the passing of the legendary artiste. And this also includes Shah Rukh Khan, who was captured consoling the actor’s wife Saira Banu at their residence.

SRK has time and again expressed his admiration for Dilip Kumar at various public events, including Zee Cine Awards 2001.

In a video that has surfaced online, Shah Rukh Khan, who was anchoring a special segment to honour the Mughal-e-Azam actor’s legacy, is seen rolling out the red carpet with his hands for Dilip Kumar and Saira Banu, as the legendary couple enter the stage during Zee Cine Awards 2001.

During the award show, SRK also shared an anecdote where Dilip Kumar had lovingly tapped him on his cheeks and said, “Work hard.” SRK confessed that though the tap was a heavy one, it motivated him to survive in films for a decade.

Dilip Kumar passed away early on Wednesday in Mumbai’s Hinduja hospital. He was suffering from advanced prostate cancer that had spread to other organs of his body.