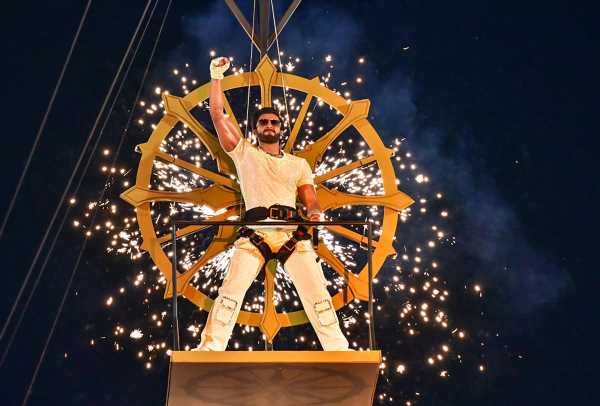 Ranveer Singh stole the show — as he does inevitably — when he performed at the opening ceremony for the FIH Hockey World Cup in Cuttack on Wednesday.

Earlier, Ranveer met Odisha Chief Minister Naveen Patnaik ahead of the Men’s Hockey World Cup opening ceremony, which the state is hosting in Bhubaneswar and Rourkela.

Ranveer arrived in Cuttack to take part in pre-event festivities at the Barabati stadium organised by the International Hockey Federation (FIH). Naveenbabu presented Ranveer a jersey and later tweeted, ‘It is a pleasure meeting popular actor @RanveerOfficial ahead of #HockeyWorldCup2023 Celebrations at Barabati Stadium, #Cuttack. I am sure his presence will add lot of charm to the celebration. Let’s all join to celebrate the spirit of hockey. #HockeyComesHome.’ Disha Patani, who also performed at the opening ceremony, received a jersey from Naveenbabu too!