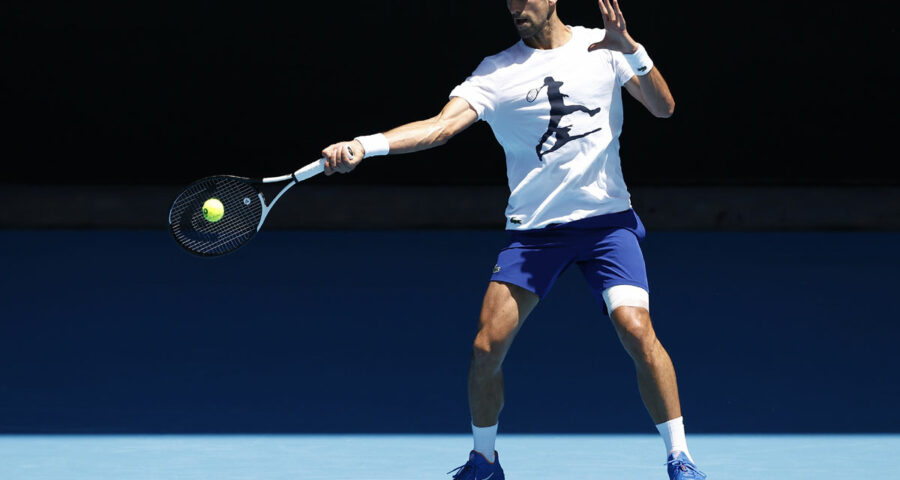 Defending champion Rafael Nadal will look for his first win of 2023 when he takes on Briton Jack Draper in his opener, as the Spanish top seed looks to put an injury-hit 2022 and a shaky start to the new season behind him.

Nadal won last year’s title in an epic final beating Daniil Medvedev and could be set for a rematch with the Russian in the last eight. Medvedev takes on Marcos Giron first.

A pre-tournament practice match between Nick Kyrgios and Djokovic saw tickets sold out in 58 minutes and the pair could potentially meet in a blockbuster quarter-final.

Swiatek, who has largely dominated the women’s game after the retirement last year of Australian Ash Barty following her triumph at Melbourne Park, starts her bid for a fourth major with a potentially tricky clash against German Niemeier.

The Polish player could face seventh seed Coco Gauff in the quarter-finals and third seed Jessica Pegula in the semi-finals.

Women’s world number two Ons Jabeur will begin her latest attempt to become the first Arab player to claim a Grand Slam singles title when she plays Tamara Zidansek. Tunisian Jabeur was runner-up at Wimbledon and the US Open last year.

Sofia Kenin and Victoria Azarenka will face off in an opening round clash featuring two former champions.