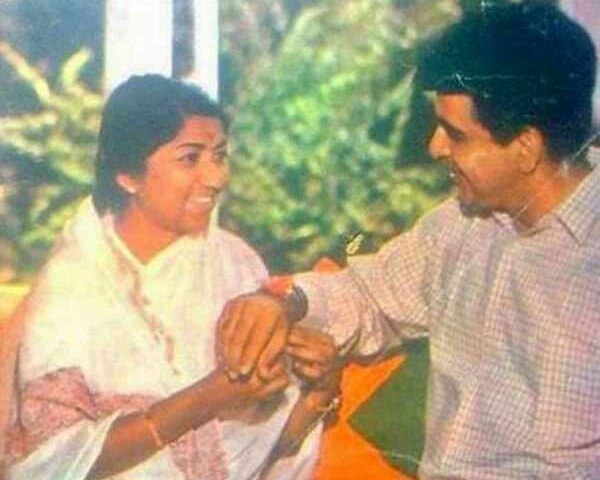 Was this indeed the Lata who had started out with her, as a child star, in Badi Maa (1945)?
Raju Bharatan recalls yet another memorable incident from Lata Mangeshkar’s incredible life. 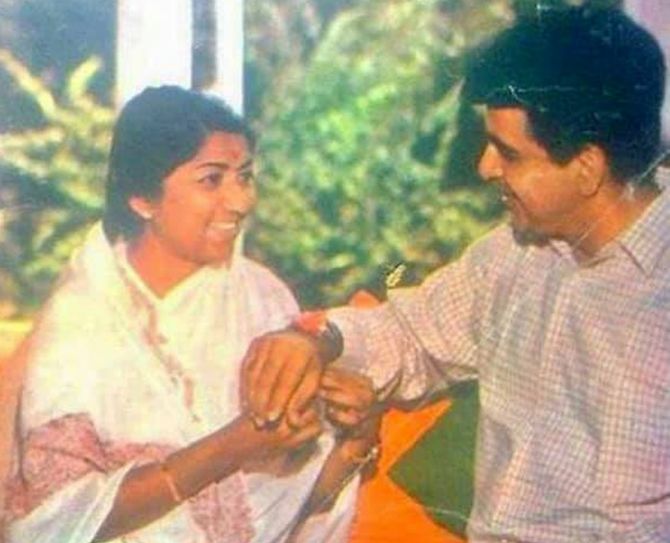 Even before that, the spool-tape of Ae mere watan ke logon had been rushed to AIR’s Vividh Bharati for January 26, 1963, Lata’s miracle to be put on eternal record.

Earlier, on Mehboob Khan’s 1949 classic, Andaz — the happening film in which a single record became the theme for a major Lata-Dilip faceoff.

This treasured 78-rpm record had Lata articulating (in Raag Pahadi) Tod diyaa dil meraa on one side.

On its other side, Naushad had made Lata sound even more strikingly Noorjehanish — via Uthaye jaa unke sitam (in Raag Kedara).

These two Lata solos, along with Koii mere dil mein and Meri laadli ri meri laadli, picturised on Nargis in Andaz, became a point of gripe with Dilip Kumar.

He confronted Naushad, asking him if he had reserved his best creations in Andaz for Lata on Nargis, while he himself was being short-changed with four simplistic Mukesh solos!

“When I first heard them, I didn’t like any one of those four Mukesh songs set to go on me in Andaz,” Dilip Kumar told me.

“Here was Lata, singing Uthaye jaa and Tod diyaa with such feeling on Nargis, while the four solos on me were in the ‘straight’ voice of Mukesh,” Dilip said.

Naushad, for his part, asked Dilip to just wait and watch how each Mukesh solo reflected the mood of the moment on Dilip so piquantly playing the piano in Andaz.

That is exactly what happened. As Lata sang on Nargis, the tragic spotlight in the film, given the heart-touching vocals of Mukesh, remained poignantly on Dilip Kumar — with Hum aaj kaheen in Raag Jaijaiwanti, Tu kahe agar in Raag Kirvani, Toote naa dil toote naa in Raag Bhairavi and Jhoom jhoom ke naachon aaj in Raag Piloo.

The point I seek to make is that it was in the same film, Mehboob’s Andaz, that Lata Mangeshkar and Dilip Kumar made the big breakthrough together, in 1949.

It is right therefore that the duo should be rewarded with Lifetime Achievement awards together — nearly 60 years later. 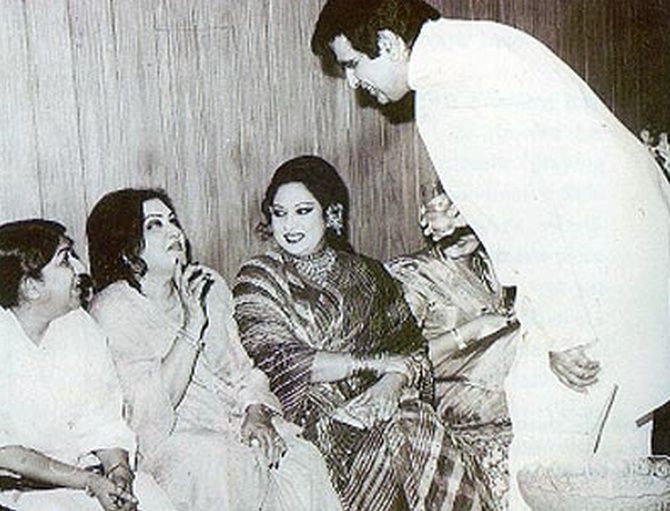 Did Lata, after the Musafir duet chill, ever come to feel that Dilip Kumar had yet again turned his gaze away from her? It did happen as Malka-e-Tarannum Noorjehan — Dilip Kumar’s early-1947 Jugnu co-star — returned to India in February 1982, years after the Partition.

This came about when Lata was at her peak. Highly as Lata still regarded Noorjehan as her one-time ideal, the fact remained that she was, now in 1982, her own singing person.

Lata’s added dilemma was that she was being called upon to perform on the same Shanmukhananda Hall stage, in Bombay, as Noorjehan — a Noorjehan on whom the audience swooned in the pre-Partition era.

To add to Lata’s discomfiture, Dilip Kumar appeared to just move away from her, as he found himself in the cosy company of his Jugnu co-star, Noorjehan, the singing-star opposite whom Dilip Kumar had left an impress, via the Yahaan badlaa wafaa kaa duet tuned by Feroz Nizami.

Thus it was all Noorjehan-Dilip Kumar on the podium now — a setting in which Naushad alone retained, on the same stage, a finely balanced aura as the one all set to present, in the solo voice of the Malka-e-Tarannum, his Awaaz de kahaan hai Raag Pahadi evergreen from Anmol Ghadi (1946).

Lata sized up the situation in a trice and decided that the only way to hold her own was to demonstrate live, to the Malka-e-Tarannum, how she had grown in stature as a singer, since Noorjehan went away to Pakistan.

Lata now made bold to sing first, in front of a Noorjehan formidably perched in the first-row centre-seat of Shanmukhananda Hall — a Noorjehan on whom Dilip Kumar’s eyes were riveted.

In doing so, Lata’s idea appeared to be to lull Noorjehan into momentarily believing that India’s peerless performer was still singing in her Punjabi idiom — still moving in the Malka-e-Tarannum‘s vocal shadow.

Even as Noorjehan perhaps felt fulfilled as a result, Lata switched gear to come up with Jaidev-Sahir’s Allah tero naam ishvar tero naam from Hum Dono.

A 1961 Raag Gaud Sarang rendition letting Noorjehan know that if the Malka-e-Tarannum was her role-model once, now Lata Mangeshkar was her own distinct voice.

Dilip Kumar on the stage could only watch, as Noorjehan heard out Lata, spellbound.

Was this indeed the Lata who had started out with her, as a child star, in Badi Maa (1945)?

The late Raju Bharatan was Cinema Editor of The Illustrated Weekly Of India . He was the author of Lata Mangeshkar: A Biography, priced at Rs 295, a book now out of print.
This feature was first posted on Rediff.com in July 7, 2008.