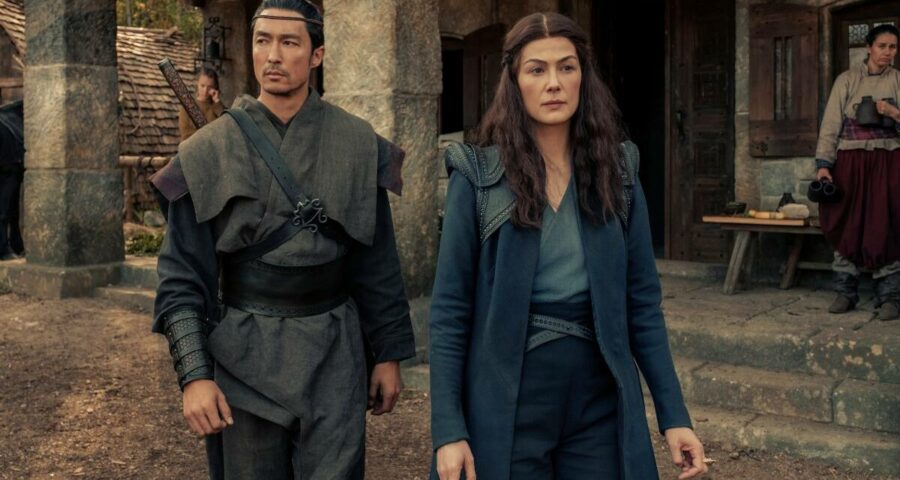 Wheel of Time review: While Game of Thrones felt like it was on acid, with the many twists and turns, WOT feels like a show that’s taken a downer like Xanax. Fantasy on Xanax is not a mix that goes down well. 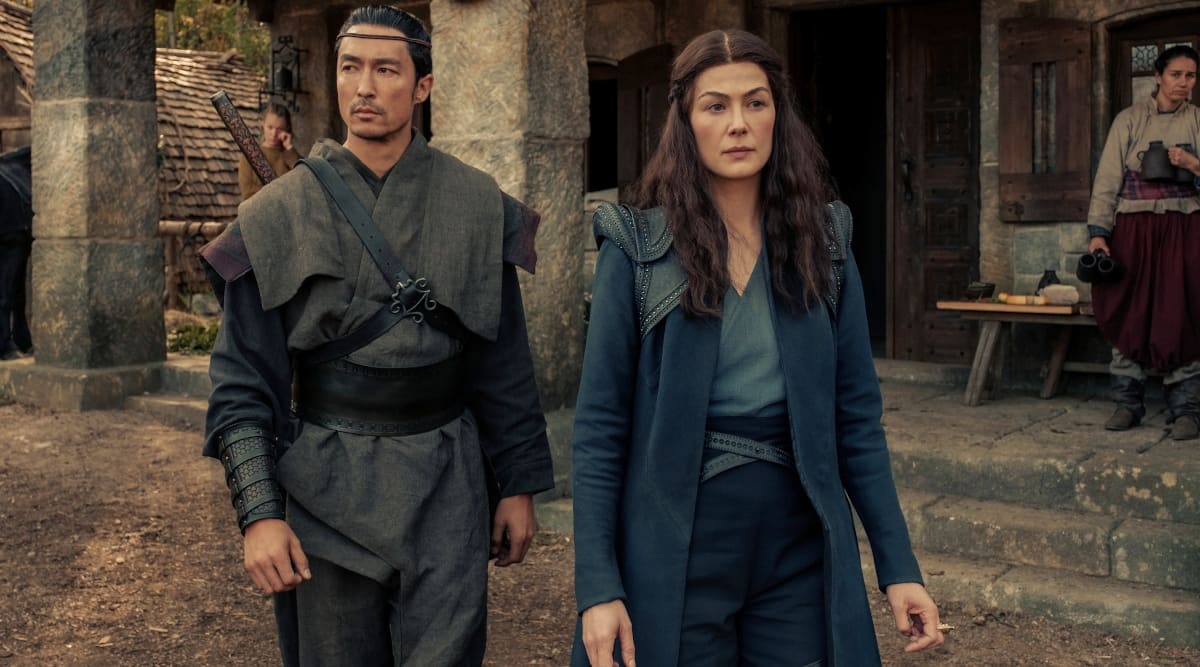 Ten years ago, a gigantic phenomenon in the form of Game of Thrones (GOT) swept the world and changed its vocabulary forever. Today, the lightest nip in the air in the tropical sweltering city of Mumbai and the phrase ‘Winter is coming’ is thrown around like candy. Game of Thrones — now a verified genre in pop culture and entertainment circles — ended in 2019 and since then the fans, critics and consumers have been waiting like hungry church mice for their next hit. Amazon Prime’s latest offering, Wheel of Time (WOT) is Jeff Bezos’s attempt to fill the GOT shaped hole in people’s lives. Honest intentions aside, Wheel of Time ended up being just that, an honest attempt, nothing more. While Game of Thrones was racy, graphic and intriguing, all of them making it an addictive heady mix — one often felt that the show was on acid, with the many twists and turns, WOT feels like a show that’s taken a downer like Xanax. Fantasy on Xanax is not a mix that goes down well.

The eponymous novel series by Robert Jordan forms the core material for this larger than life, epic fantasy show. With the source material spanning 14 volumes, we kind of have an idea that the series too would be a marathon. The first three episodes have dropped on Amazon Prime, and they have only scratched the surface of what the books have in store. We meet Moraine Damodred (Rosamund Pike), looking ethereal in her blue cloak, a part of Aes Sedai, an all-powerful women’s collective that can harness magic. She’s on a quest to locate the next reincarnation of the ‘Dragon’ who in an earlier avatar had destroyed all humanity. Moraine and her warder, Lan Mandragoran — Daniel Henney looking impeccable in a man bun and wielding cloaks with supreme ease — reach a small village where the dragon’s reincarnate is supposedly located. Five members of the village make the cut as the ‘dragon probables’ and when the village is attacked by trollocs, an orc-meet-troll-meet-giant-meet-centaur creature who has boar-like protruding teeth, Moraine flees with her chosen five. The band encounters their share of typical troubles as they make the journey to a safe place. Fight and escape sequences are littered throughout, and none of them is worth writing home about. Conflicts both internal and external and the changing group dynamics between the motley crew is the dominating theme of the first three episodes, but there is no spark, or sense of wonder, or thrill that was a signature of the parent Game of Thrones. The classic good vs evil — the villain is literally called the ‘Dark One’ — theme is invoked, and we can just roll our eyes.

Amazon Prime plans to drop a subsequent episode of WOT every week till the season finale, and there are apparently eight seasons in the works. WOT has tried to rework the source material of the books and made the series with a central focus on women — only women can harness magic, and there’s a minor nod to women having to choose between family and career — we also see a more diverse cast. But none of this speeds up the drudgery that’s the slow pace of the show. Fantasy as a genre primarily works with a ‘shock and awe’ technique. The show takes such a long-drawn way to get to the point that one feels that one is taking a ride in the ‘pool’ option of a rideshare app. There are so many characters and innumerable subplots that it gets quite crowded and difficult to keep track of the storyline or the plot.

In Wheel of Time, we are neither shocked nor awed, even the violence seems like a ‘gandi copy’ of GOT — to use a phrase from Diet Sabya. In fact, we can request our homegrown fashion patrol to start a story series where people can post stuff from WOT which seems like a lift off from other fantasy shows. As a suggestion, one can also start a Bingo game, while watching WOT, where we strike out tried-and-tested fantasy tropes. The opening sequence itself will remind you so strongly of the one from GOT. The leader of the trollocs is a dark hooded creature with just a mouth and no nose and skin stretched all over his eyes — think Voldemort from Harry Potter and the Order of The Phoenix. Warring factions, lies, deceits and hidden agendas. Yawn. Can we go back to season seven of Game of Thrones, please.

Sure, fantasy is addictive as heroin and it’s no wonder that Bezos wanted his own GOT. Netflix has already jumped on that bandwagon successfully, what with season 2 of The Witcher about to air. Amazon Prime tried their luck with fantasy, with big offerings like Carnival Row, which didn’t really take off. They also have one of the biggest shows ever in the works — Lord of The Rings— we just hope it’s not the debacle that WOT is. Maybe season 2 will be better. Or season 3. We can only hope.