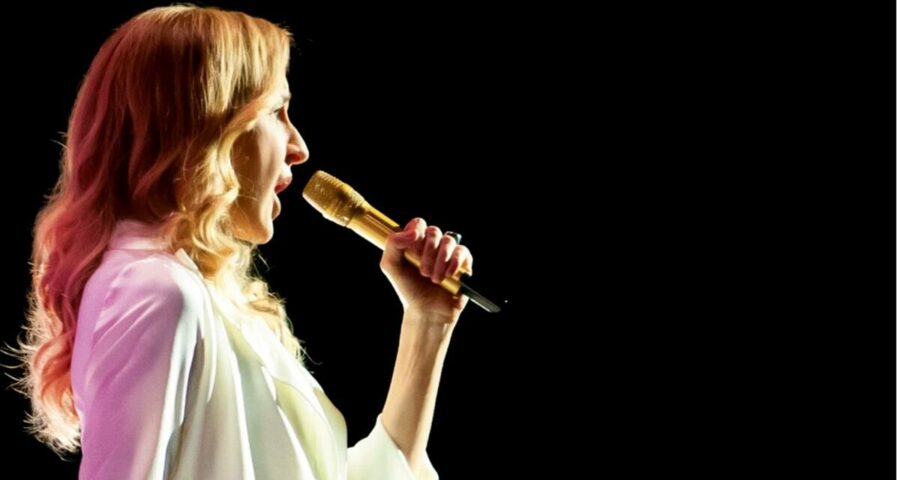 Aline begins with a bit of a disclaimer, as the opening title card declares: “This film is inspired by the life of Celine Dion. It is, however, a work of fiction.” 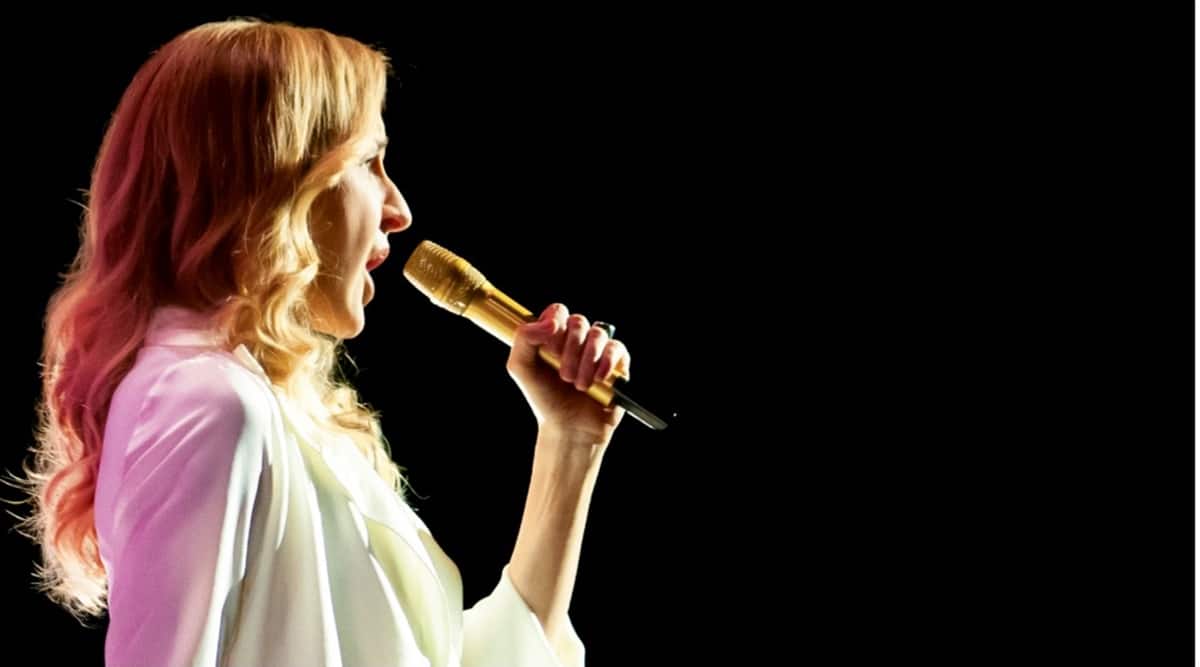 The Cannes Film Festival is meant to be a holy temple of cinema, a place where sober works from the most respected directors have their first unveiling. But every so often, something completely off-kilter sneaks through, a film so unlike anything at Cannes that it feels out of place … that is, until it steers into its eccentricities so hard that it somehow boomerangs back into auteurism.

These out-of-left-field movies often end up being my favorite experiences of the festival, and that’s why I’ve got to tell you about Aline, a wild Celine Dion biopic that screened at Cannes on Tuesday night and reduced the audience to giggles. Let me just get this out of the way: I’m still reeling from the instantly iconic decision of the film’s 57-year-old actress-director Valérie Lemercier to play Celine Dion at every age of her life, including as a 5-year-old child.

You see a lot of nervy things at Cannes, but this surely takes the cake.

Aline begins with a bit of a disclaimer, as the opening title card declares: “This film is inspired by the life of Celine Dion. It is, however, a work of fiction.” That’s why, even though the story follows nearly every element of Dion’s life beat for beat, the main character is instead named Aline Dieu and most of Dion’s best-known songs proved impossible to get the rights to. (Yes, 30 Rock fans, we’re dealing with a Jackie Jormp-Jomp situation here.)

Like Dion, Aline is born into a large Quebec family where she is the youngest of 14 children. Her public debut as a singer comes early: At 5, Aline takes the stage at her brother’s wedding and lets loose with an uncannily powerful singing voice. Dion did that, too, but I’m going to guess there was one crucial difference in real life: When 5-year-old Celine sang at that wedding, she wasn’t sporting the face of an AARP-eligible adult.

Shrunk to Hobbit size and Facetuned into near-oblivion, Lemercier scampers, preens and unnerves. I’ve never seen anything quite like it: Not PEN15, not John C. Reilly at the beginning of Walk Hard, not even a fully grown Martin Short playing a psychotic 10-year-old in Clifford. As a cinematic presence, Preteen Aline looks less like our main character and more like she’s ready to terrorise Vera Farmiga in the next Conjuring movie.

Why didn’t they just cast an actual kid? I’m told that as a French comedian, Lemercier has often played children, but Aline takes this shtick several steps too far: The movie is like Bohemian Rhapsody if they shrank Rami Malek and made him play his own teeth. Have you seen those Twitter prompts that ask you to re-imagine a classic film with one character replaced by a Muppet? Aline reminded me of that, except the main character is the Muppet and instead of felt, she is made from your nightmares.

You may be thinking, “Well, surely this insane 5-year-old portion of the movie doesn’t last very long.” You’re right, because the movie does eventually age Aline up … to 12. Here, Lemercier plays Aline as a gawky introvert thrust into fame after she signs with a manager, Guy-Claude Kamar (Sylvain Marcel). The character is based on Dion’s own producer-manager, René Angélil, whom she met as a preteen and eventually married, and Lemercier frames that problematic pairing as Aline’s greatest aspiration in life.

Practically speaking, that means we’re watching a 57-year-old play a 12-year-old with a crush on her 40-year-old manager. I just don’t know what to do with any of that! Every time Aline’s mother tries to sever the union, declaring that Guy-Claude is far too old for Aline, I felt like my brain was short-circuiting.

Is Lemercier trying to sanction the romance by playing Aline herself, suggesting that the young woman was simply an old soul? I’m not sure that tracks, since by the time Aline has become an adult (which is when she and Guy-Claude finally consummate their relationship), Lemercier is still playing her as a sugar-loving, childlike diva.

Eventually, you just have to surrender to the absurdity of Aline, and at least that sense of humor sometimes comes from a knowing place, like when Aline begins her residency in Las Vegas and gets lost in the giant mansion she just bought. After the film’s central romance is resolved in the first hour, Aline simply skims Dion’s adult life for stand-alone episodes: She’s picking a dress for the Oscars! She’s taking fertility treatments! Guy-Claude has a ponytail now!

But even the film’s more straightforward dramatic scenes are still tinged with a bit of insanity. It almost can’t be helped: After you’ve sat through a half-hour of Preteen Aline, nothing feels normal anymore.

And maybe that’s the way Aline ought to be. Cultural figures hardly get more mainstream than Celine Dion, but even her biggest fans would admit that the woman exudes pure camp. I can’t explain half of the directorial choices made in Aline, but at least they’re so goofy and distinctive that I’ll be thinking about them for years to come. Palme d’Or be damned: In an era where musical biopics are increasingly disposable, I know that Aline will go on and on.