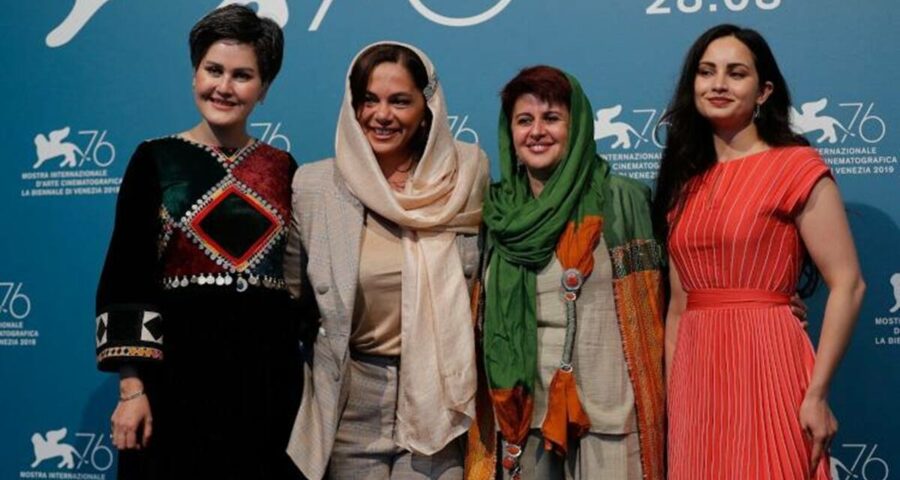 According to Venice International Film Festival's official website, the panel will take place September 4 at 3 pm at the Palazzo del Casino (Lido of Venice), in the Press Conference Room. The Venice International Film Festival has invited Afghan filmmakers Sahraa Karimi and Sahra Mani to talk about the Taliban takeover of Afghanistan with “particular attention to the situation of filmmakers and artists” since the hardline religious group seized control of the country.

The 78th edition of the movie gala, also called La Biennale di Venezia, will be held on the Lido from September 1 to 11.

According to Biennale’s official website, the panel will take place September 4 at 3 pm at the Palazzo del Casino (Lido of Venice), in the Press Conference Room.

Topic of the panel is “the dramatic situation of Afghan filmmakers and artists in general, the need for the creation of humanitarian corridors and the guarantee of the granting of political refugee status, as well as concern for their future and the need to provide for their accommodation once they arrive in Europe”.

Since the Taliban takeover of Afghanistan on August 15, several Afghans have fled the country, many of whom said they had been threatened by the Taliban.

Karimi, who is the first female president of the Afghan Film Organization, wrote an open letter requesting the film community of the world to be the voice of the people of Afghanistan which went viral ahead of the Taliban takeover.

Mani, a documentary maker whose credits include A Thousand Girls Like Me, will also participate. She will also present a project at the CoProduction Market of the Exhibition.

The panel will be moderated by Italian journalist Giuliano Battiston, who since 2007 has dedicated himself to Afghanistan with travel, research and essays.

The Taliban swept across Afghanistan this month, taking over almost all key Afghan towns and cities following the withdrawal of the US forces from the country after two decades.

After capital Kabul fell to the Taliban, Afghan President Ashraf Ghani left the country for an unknown destination. Ghani is now in the UAE along with his family.

The scenario in Afghanistan has become even more grim following the suicide bombing, which killed 169 Afghans and 13 US service members, on Thursday outside Kabul airport where people are being evacuated.

August 31 is the deadline set by both the US and the Taliban for America’s pullout from war-torn Afghanistan.