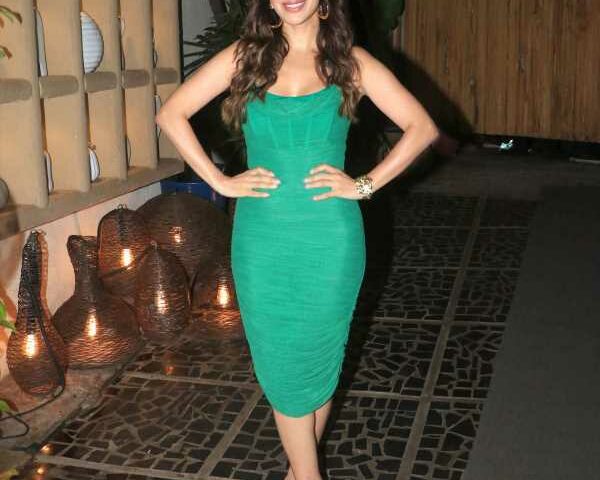 Sophie Choudry has reason to celebrate — her song, Gori Hai, which released on August 24 this year, is a huge success. Neha Dhupia shows you just how good a blazer looks on a dress. Is that what Dia Mirza gifted Sophie — hari hari chudiyan?

Actually, that’s a nod to the song’s lyrics. 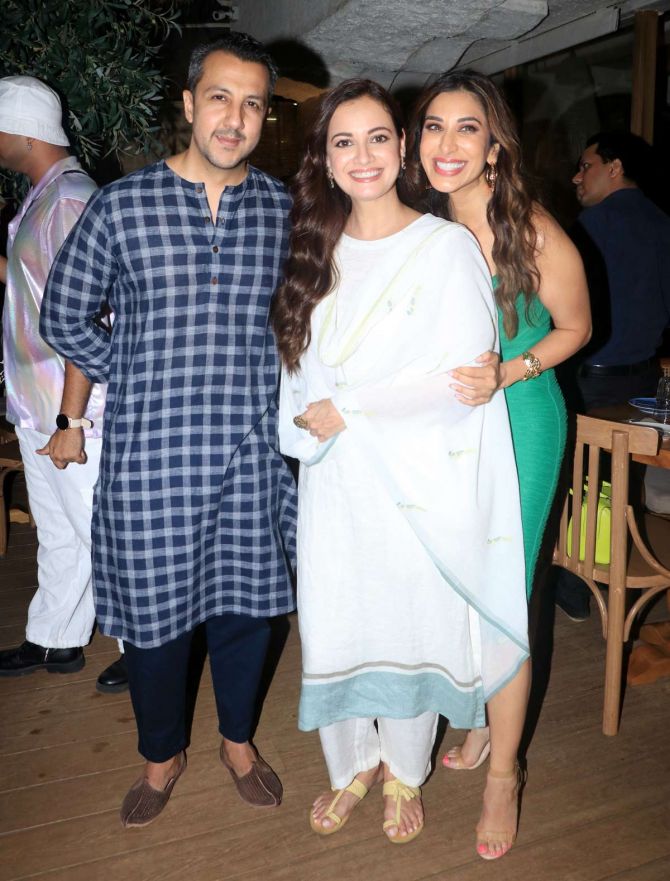 She brings along her husband, Vaibhav Rekhi.

Dia was recently spotted at the airport with her step-daughter, Samaira Rekhi. 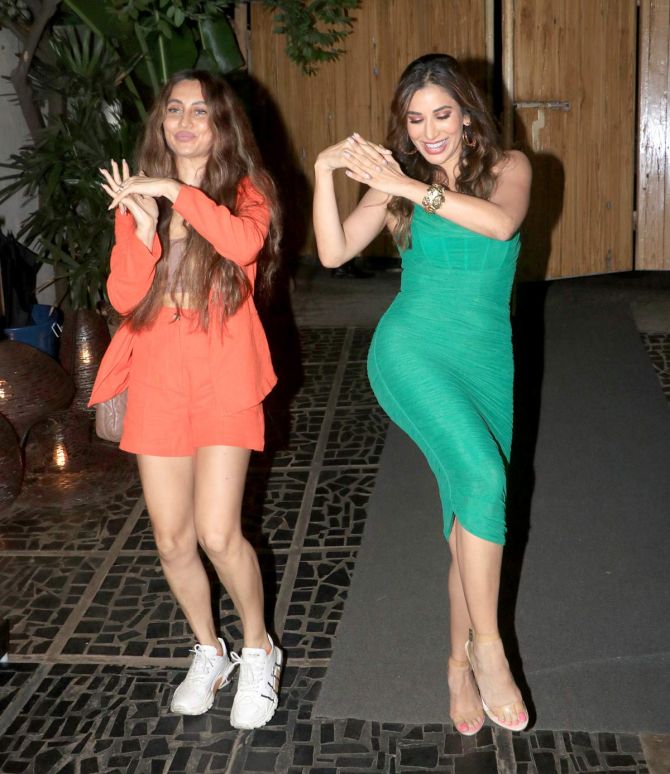 Freddy Daruwala turns up in black. 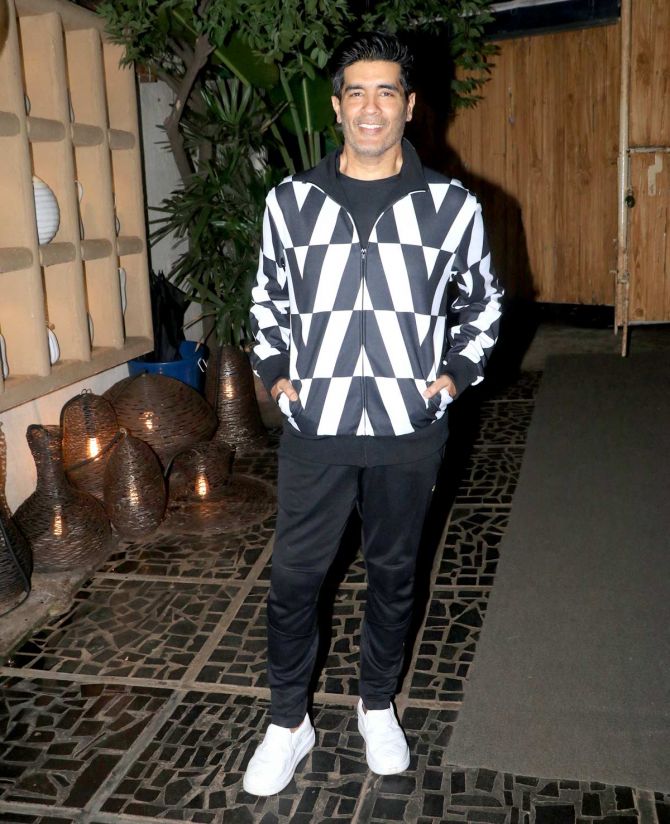 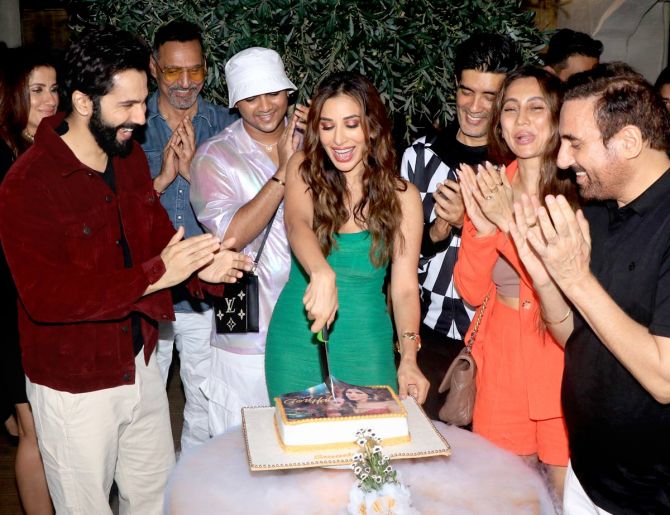 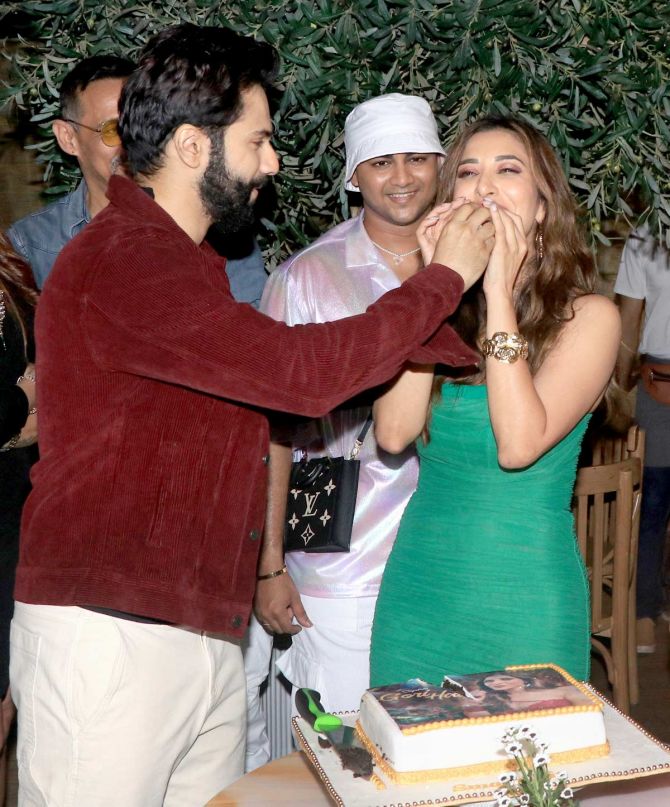 Varun does the honours. 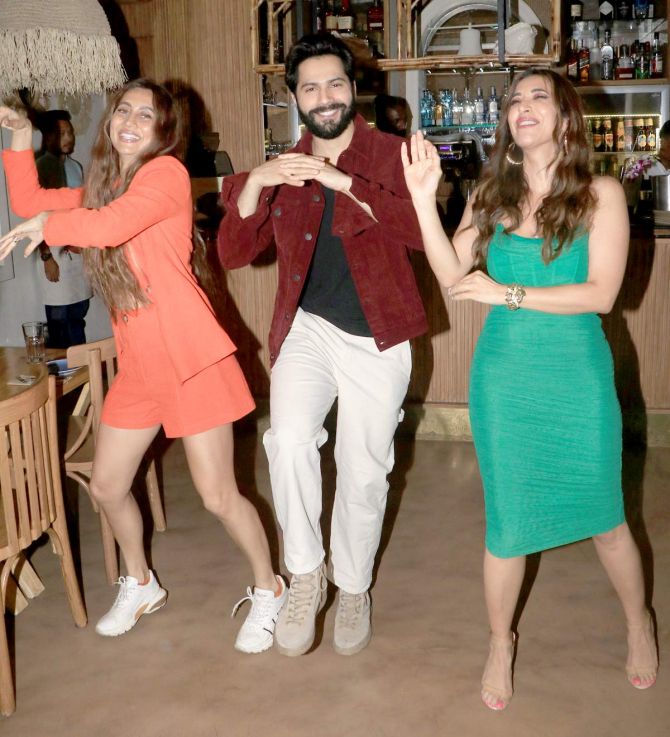 And there they go, dancing. Can Varun match steps with Anusha and Sophie? Everyone has to show off their kalaiyaan 🙂 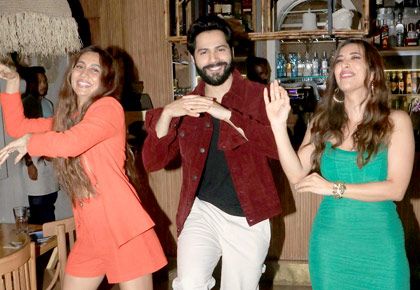