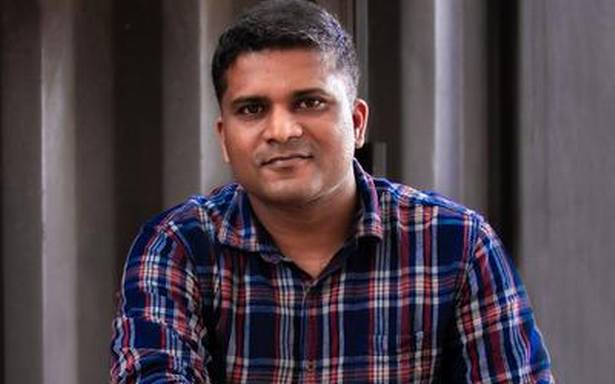 Meet Jerrin Chandan, whose Kannada short film, titled ‘Aase,’ has made it to the semi finals at the Festival Del Cinema di Cefalu, Italy

Jerrin Chandan is the head of the English Department at St. Joseph’s Evening College, Bengaluru. Chandan, a voracious reader, has a passion for films.

“Cinema is one of the most popular and influential medium of communication today,” Chandan says. “Technical advancements including digital cameras and CGI has helped cinema breach physical boundaries. ”

Chandan’s Eureka moment came when he was taking a class on the writings of the French philosopher, Michel Foucault.

“I was discussing Foucault’s The History of Sexuality with my MA class. Foucault talks about how sex is perceived in India. The study explores how talking about sex was taboo in India due to a few Victorian ideas. Indians, who had been comfortable with their bodies, gradually uncomfortable with the using ‘sex’ in public.”

Chandan realised as he was discussing Foucault, his students, most of who were married, were uncomfortable. “I decided to make a short film on Foucault’s theory, screen it for my students and ask them to respond to it.”

The film, Paarivala (2018) was well received and screened at universities around the world including Harvard.

“Paarivala’s aim was to empower and engage with people in a meaningful manner with content-based short films.” Chandan, who teaches feminist criticism, Post-Colonial studies and English Literature, followed Paarivala with two short films, Tea and Aase.

“Paarivala addressed the idea of gender equality, and sensitisation, with freedom of speech and expression, Tea was about honour killing and Aase explores the concept of desire as the cause of all evil.”

Aase, featuring Swathi, Guruprasad, Aditya DN and Vinay Nagesh Rao, has been selected be screened at the Festival Del Cinema di Cefalu, Italy. As he awaits the results, Chandan is busy with his next short film, Help. “The film addresses the concerns of street children by confronting the margin and the mainstream.”