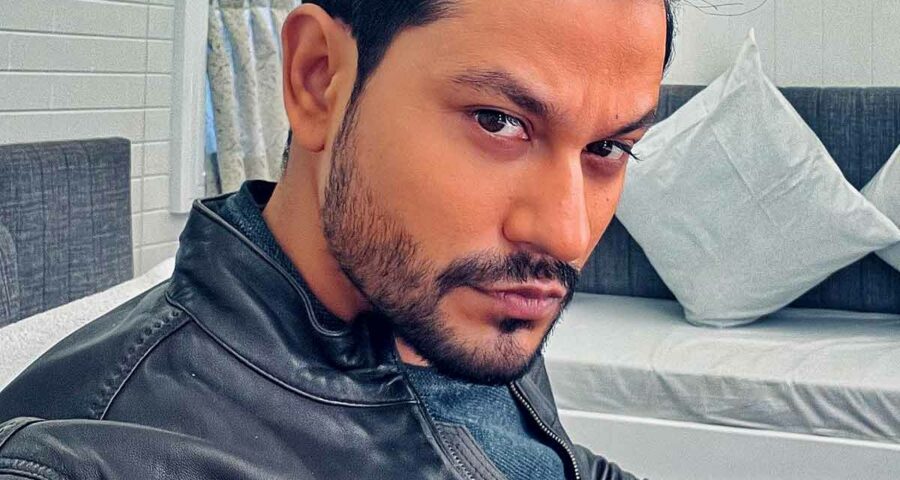 ‘I am as happy with Soha as I was before we got married because we were friends for a very long time.’

Kunal Kemmu feels his nervousness around the release of the third season of the gritty Web series Abhay is always good.

Even though there is ‘complete radio silence’ on whether the hit franchise Golmaal, of which he is a part, will have a fifth installment, Kunal shares light on what’s coming up.

He tells Rediff.Com Contributor Sameena Razzaq, “I love cinema. I love films. I have been doing this since I was six. I don’t think I am limited as an actor. So when I write or direct, I will not be limited by a genre.” You will be sharing screen space with Pankaj Tripathi in Raj and DK’s Ashwalinga. When you perform with a seasoned artiste, does it raise your bar as a performer?

Seasoned actors, talented actors, gifted actors… however you put it… when you are sharing a screen with a good actor, it just enhances your own performance and the scene.

You enjoy that little bit more.

It also depends on the genre.

In comedies, it often helps if you are with an actor who has a great comic timing because then you can just feed off each other’s energies and the scene becomes more than it was imagined on paper.

Similarly, in the darker space, when somebody who is performing or delivering lines impresses you, it moves you to do better.

You have just finished shooting for the film Kanjoos Makkhichoos. Can you introduce us to Jamuna Prasad Pandey?

I would love to but I want to let that team have dibs on it.

But I must say, I will be looking forward to doing interviews about Jamuna Prasad Pandey when we do get around to promoting that film.

It is one of the most endearing, charming and lovely characters that I have played so far.

I have really enjoyed playing Jamuna Prasad Pandey. I miss him a little now.

You are ready with a comedy script. Excel Entertainment has given its nod and wants you to helm the project. Are you all set to be a director?

I cannot confirm or deny this.

If and when I do become a director, I would not necessarily be driven by a genre.

It’s a story that I want to tell, it could be comedy, action or romance.

I have been doing this since I was six.

I don’t think I am limited as an actor.

So when I write or direct, I will not be limited by a genre. You enjoy a very warm relationship with your brother-in-law Saif Ali Khan and his wife Kareena Kapoor. When the family gets together, do you discuss each other’s work?

Even if it comes up, it’s a side note.

When we catch up, we talk about everything but work.

You are one of the few fathers to take paternity leave amidst a film promotion. You attach lot of importance to family and bonding. Would you be more of a mentor to your daughter or a confidante she can easily open up to?

I would imagine so. I don’t know what the definition of a good father is, but I try to put my best foot forward every day when it comes to her.

I have not thought about if I would want to be a mentor and tell her what to do.

I just want to make sure I am able to give her all the experiences in life and good education.

I want to make sure she makes the choices.

I don’t want her to grow up as a kuwe ka maindak (frog in the well) where you only know this world.

I want her to have all the experiences in life, so that she can decide what she really wants to do.

I am always there to support her.

Moreover, I am learning a lot from her about being a father than I think she is learning from me! Celebrity marriages easily fall apart, but Soha and you have successfully gone past the seven year itch. How has your relationship evolved over the years?

Firstly, I don’t think I want to say that celebrity marriages fall apart easily because I think any marriage has its set of challenges and is work that takes two people.

Sometimes, it doesn’t work out for certain people.

For myself, I can say that we have also had our share of ups and downs and struggles, but I think deep down, we have mutual respect for each other.

Even when we fight, we have mutual respect for each other.

We are fond of each other.

I think we are very good friends.

I feel old now when I think about it.

You had said you are not under-rated but under-utilised. Do you feel the same even now?

I won’t say I have used my optimal but I think with the OTT space, its broadening the horizons of the content that’s getting made and consumed.

I am getting more chances of doing different things.

I hope I get more opportunities to push the limit and see what my threshold is.