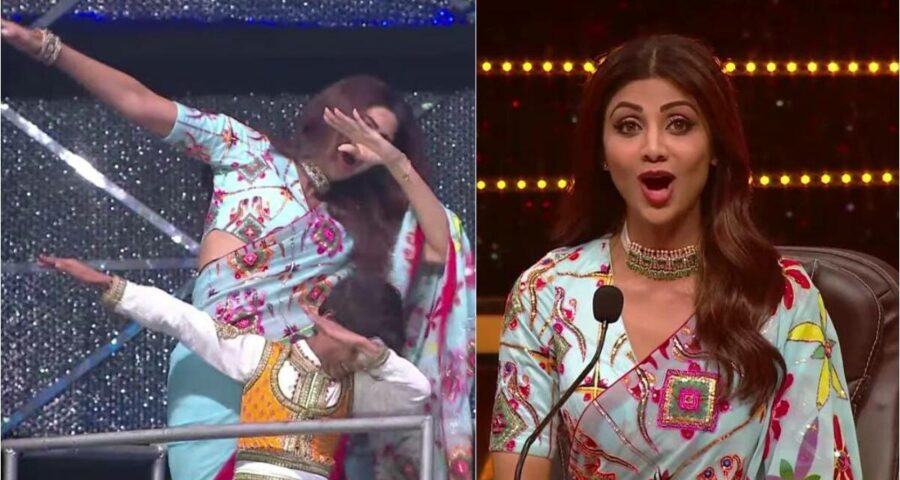 Dressed in a turquoise and red saree, Shilpa was flanked by her co-judges Geeta Kapoor and Anurag Basu, as they watched the tiny tots perform. This weekend the contestants will perform on the theme of popular ‘Amar Chitra Katha’ stories. In the promo videos shared by Sony TV, Shilpa is seen complimenting contestants Prithviraj and Spriha and their gurus for their performance.

Shilpa Shetty, looking mesmerised, showers the kids with words of praises in her own inimitable style. From using words like “avishvasniya (unbelievable)” to doing the ‘dab’, the actor was seen having a gala time on her comeback. After watching a performance, Shilpa also said she felt cleansed.

A video of Shilpa Shetty walking into the Super Dancer 4 set also went viral recently. In the same, the actor is seen getting down from her vanity van. Keeping a solemn face, she quickly walks towards the set, but not before waving at the paparazzi. Since then fans have been lauding her courage to get back to work and showered her with ‘stay strong’ messages.

The actor also found support from a few in the fraternity. Cheering Shilpa Shetty as she returned to work, Hina Khan sent out a message of support. Sharing a picture of the actor in her Instagram story, Hina wrote “You go Gurl, hugssss” while adding a heart emoji. Former Bigg Boss contestant Rakhi Sawant also posted a comment which read, “Congratulations sweetheart u r the best I love u Shilpa Ji.”