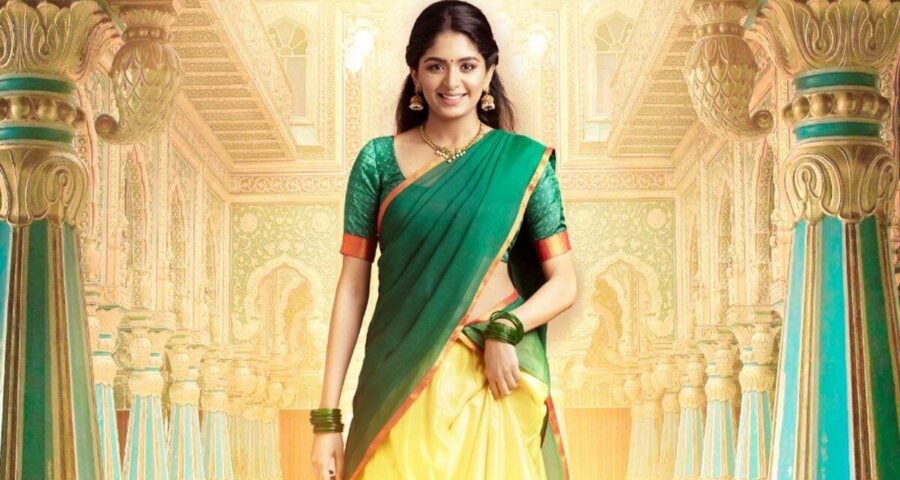 Bankrolled by Suriya and Jyotika, Viruman stars Karthi and Aditi Shankar in the lead roles. The film is slated for a summer 2022 release. Director Shankar Shanmugham’s daughter Aditi Shankar is all set to make her silver screen debut opposite Karthi in Viruman. Suriya and Jyotika will bankroll the project under their 2D Entertainments banner. The film will be helmed by Muthaiya.

Shankar thanked Suriya and Jyotika in a tweet for launching his daughter. “Thanks dear @Suriya_offl & Jyothika for launching @AditiShankarofl @2D_ENTPVTLTD which always delivers quality movies! Thanks to @Karthi_Offl @dir_muthaiya @thisisysr @rajsekarpandian. I believe cinema lovers will shower her with love as she comes fully prepped to make her debut,” he tweeted.

Elated with the opportunity, Aditi Shankar wrote, “So excited to have signed for this project. I couldn’t have asked for a better team to debut with. Blessed with the best.”

Karthi, meanwhile, spilled the beans about the film’s theme. He posted a tweet in Tamil which translates to, “Rural stories are always closer to my heart. I am extremely happy to join hands again with Muthaiya and Yuvan.”

Cinematographer SK Selvakumar and music composer Yuvan Shankar Raja are also part of Viruman’s team. Details about the rest of the cast and crew will be announced soon.

The film is slated for a summer 2022 release.