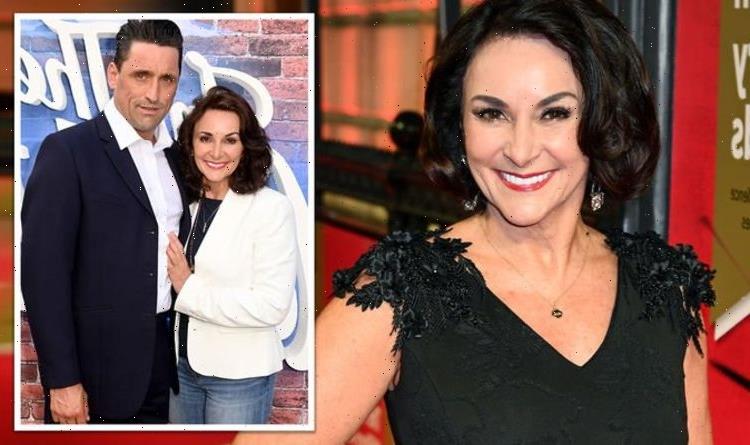 Shirley Ballas reflects on a 'spectacular' week in Blackpool

Strictly Come Dancing head judge Shirley Ballas, who turns 61 today, has been dating Daniel Taylor, 47, for two years. The couple met during rehearsals for a Jack and the Beanstalk pantomime in Darlington in 2018.

Talking about their 13-year age gap, Shirley has claimed it doesn’t faze her that people refer to her partner as her “toyboy”.

“First of all, I look younger than him,” she hit back.

“It might be there in numbers, but I give Danny a run for his money!

“We don’t look at age, we just get on really well together,” the dancer went on to say during an interview with The Sun.

Ahead of her return to TV screens later this month for the launch of Strictly 2021, Shirley has been focusing on looking good for the cameras.

She told the publication that she was competitive by nature and wanted to look her best for the upcoming series.

Shirley is now following a vegan diet and has been weight training, in addition to using an exercise bike and walking her dog every day, to make sure her dresses fit.

The former Latin dancing champion had also been taking better care of her skin, she said.

Back in March she contracted COVID-19.

The BBC star was bed bound for almost two weeks with the virus and unable to exercise.

It took a while for Shirley to recover and get her fitness back, she explained, revealing that she could only go on her exercise bike for five minutes at a time before feeling exhausted.

Shirley is now focusing on the return of Strictly, alongside Anton Du Beke, Craig Revel Horwood and Motsi Mabuse.

Last week she was seen turning on the Blackpool illuminations after attending a dancing competition.

Taking to her Instagram account, the mum-of-one said it was a “dream come true” to switch the famous lights on.

“What a wonderful and emotional week. I’m so happy I got to attend The British Open to the World Championships here in Blackpool,” she wrote online, in view of her 186,000 followers.

“Our industry is back up and running what a blessing I have missed it more than I ever thought.

“Ending the week switching on the Blackpool illuminations, now that was a dream come true.

“Thank you for the invitation I’m humbled beyond belief. Simply overwhelmed in so many ways. Thank you to all who came out to watch the lights being switched on,” Shirley added.

She signed off with the hashtags: “#gratitude #dreamcometrue” and “#mysecondhome.”