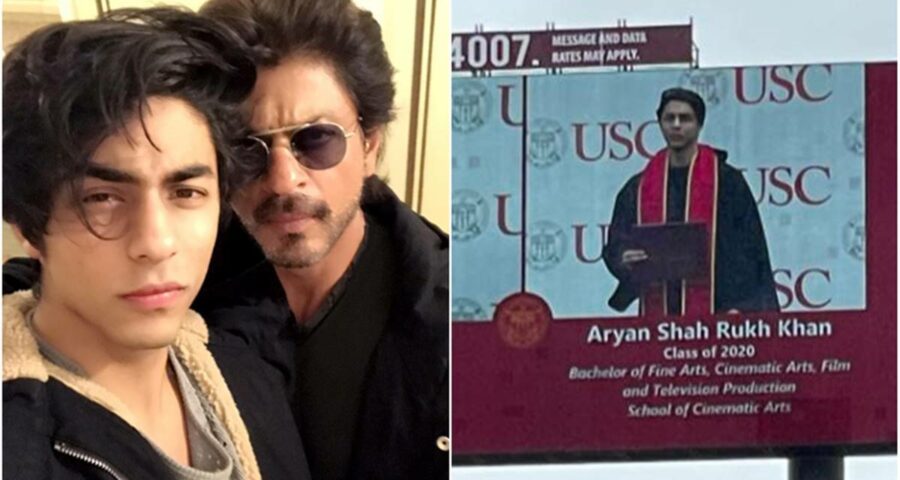 Shah Rukh Khan's son Aryan Khan is a graduate now. The actor's son's picture from his graduation ceremony at the University of Southern California is going viral on social media. Shah Rukh Khan’s kids Aryan Khan, Suhana Khan and AbRam are extremely popular in their own right. While Suhana Khan gives a sneak-peek into her life via her Instagram profile, fans miss seeing Aryan. On Monday, a leaked picture of Aryan from his graduation ceremony from the University of Southern California (USC) went viral.

In the picture, Aryan Khan, who is now a graduate, is seen at the ceremony which was held with social distancing norms in place. But one thing that caught our attention is his name – Aryan Shah Rukh Khan. Aryan is a part of the class of 2020, and was awarded the degree of Bachelor of Fine Arts, Cinematic Arts, Film and Television production, School of Cinematic Arts. As soon as the picture went viral, fans dropped congratulatory messages for the star kid.

Shah Rukh has time and again spoken about his kids. In March, the actor did an ‘Ask Me Anything’ session on Twitter during which SRK said his children are now his friends.

When one of his fans questioned, “Sir, you once told on KwK (Koffee With Karan) that you have no friends and you don’t know how to maintain friendships. Would you still say the same?” SRK replied, “Nahi ab mere bachche mere dost hain (No, now my kids are my friends).” Another fan asked if he a strict father to which the Don actor had the sweetest reply, “Children were made for hugging and loving….and for making mistakes, not for reprimand or strictness.”

In an interview earlier, SRK said Aryan “talks about his ambitions, and where he would like to be one day. But he’s very clear that way. He just wants to be bigger than me and that’s cool.”

“When I am with Aryan sometimes, we just lay down in our shorts without our shirts and we crack some dirty jokes. He gets really excited telling me about gaalis he’s learnt. I’m from Delhi and I’ve also been that age and my vocabulary of Hindi gaalis is fantastic (smiles). So when he tells me one, I tell him that I’ll teach him another version of it. So that’s cool,” he added.